Rise of the Enviropreneurs: These Outdoor Brands Are Helping People and the Planet 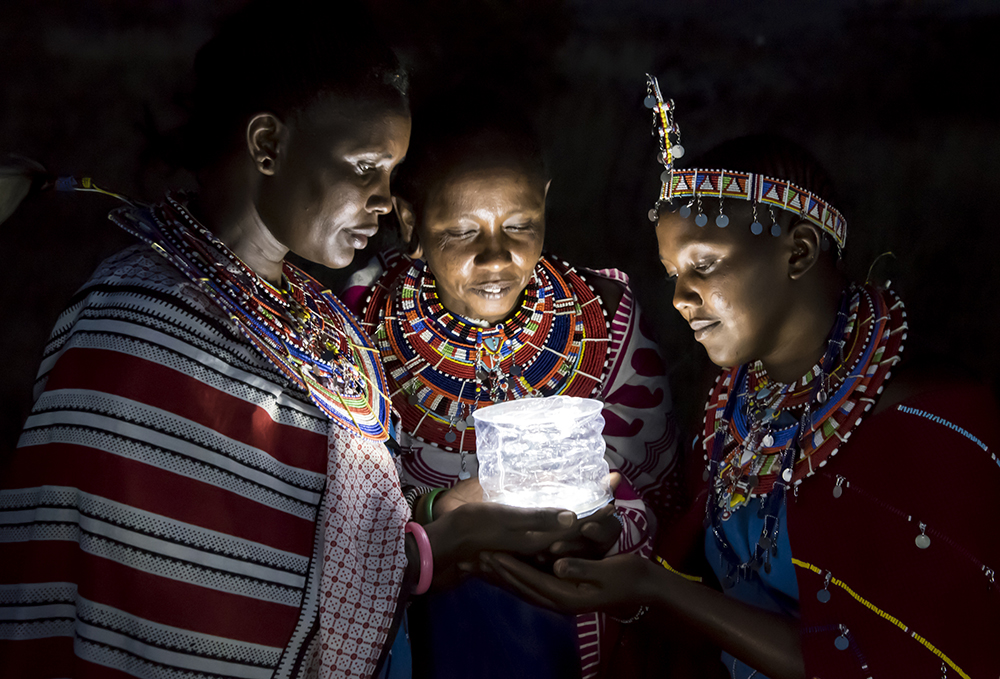 COURTESY OF MPOWERDMPOWERD, which makes lightweight, solar-powered lights, is one of the outdoor gear companies committed to doing good while making a profit. MPOWERD donates thousands of lights to people in need around the world.

They could’ve joined the Peace Corps, launched a nonprofit, or run for office. Instead, they founded outdoor brands in which social and ecological stewardship permeates every product line and business decision, and where serious profits convert to social progress.

Consider them next-generation enviropreneurs, taking up the charge led by their godfather, Yvon Chouinard. In mingling his dual passions for conservation and top-of-the-line outdoor gear, Chouinard built Patagonia from a one-man operation to a global powerhouse and environmental champion that raked in more than $750 million last year. The company’s influence cannot be overstated. Each of the entrepreneurs we interviewed for this story mentioned the gear giant as an inspiration for their own endeavors—perhaps in part because Patagonia has proven that “doing well” and “doing good” need not be mutually exclusive.

But where Chouinard’s corporate activism was the exception in the outdoor industry for decades, these days it seems more like the rule. A growing number of outdoor brands go far beyond tacking on a charitable cause or a sustainable product line—strategies a cynic might call “greenwashing.” Industry analysts say more of today’s brands are building their businesses around a civic or ecological mission and communicating that core value to consumers, who care more and more about such issues.

“It’s more important than ever for brands to be clear about where they stand on social and environmental issues,” says Matt Powell, a senior sports industry adviser with the global market research company NPD Group. “We’ve always had that, but we haven’t always worn it on our sleeves.”

You may have heard of two recent examples that have put Earth—and its residents—front and center, in the style of Patagonia. You don’t need to scroll far on LifeStraw’s website to learn that, when a backpacker in Scranton, Pa., or Saugus, Mass., purchases a water filtration system, the Swiss company provides one year’s worth of clean water to a child in a developing nation. LifeStraw’s technology was originally designed to address Guinea worm and other waterborne diseases in sub-Saharan Africa, and free filters have been distributed following disasters such as the Haiti earthquake and Pakistan floods of 2010.

And then there’s New York City-based BioLite. Backpackers and paddlers buying the company’s fuel-free, twig-powered cook stoves helps fund distribution of those same stoves to under-resourced households around the world, generating 137 million watt-hours of electricity and offsetting nearly 170,000 tons of CO2 since 2011.

We wondered: What’s the next LifeStraw or BioLite? What motivates upstart gear entrepreneurs to outspokenly tackle social and environmental problems? And can doing good really be good for business? For answers, we went straight to the founders of three outdoor brands headquartered in AMC’s region and asked what gets them fired up to make a difference. 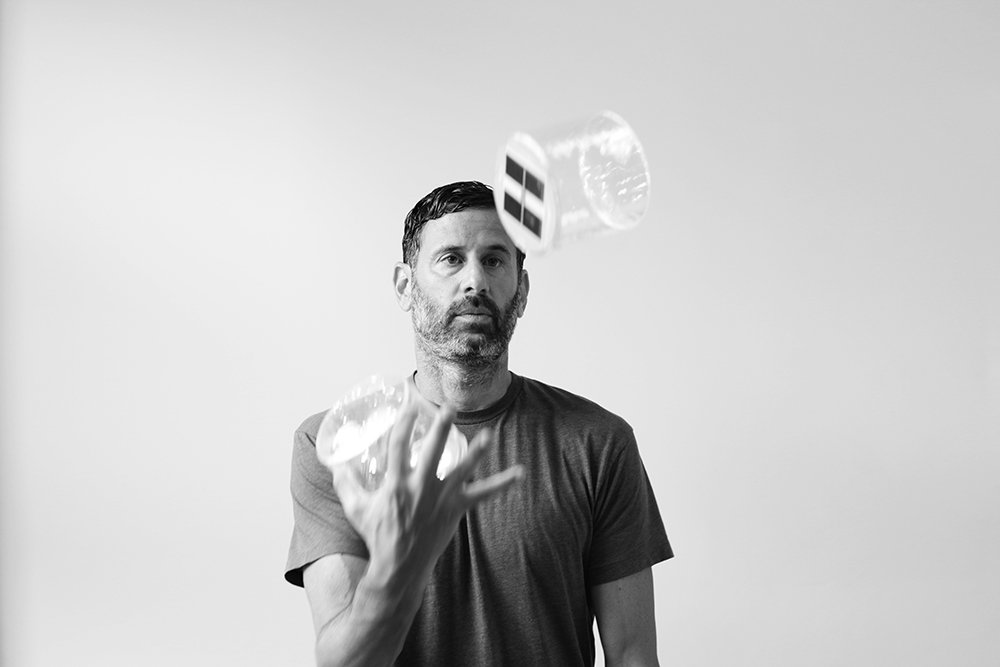 A 2011 trip to Haiti changed John Salzinger’s life forever. Bearing witness to the fallout from the catastrophic earthquake that shook the island nation a year earlier, the 49-year-old saw how a lack of clean and reliable energy, including lighting, reduced quality of life for many residents every day.

“I realized that this was not just Haiti,” Salzinger says. In total, “1.2 billion people live off-grid, and another 1.5 billion are uncounted by the United Nations and other organizations. It’s unfair to see people, because of the lottery of where they were born, having to choose between dirty energy and no light at all.”

Salzinger returned to New York City and helped invent Luci, an inflatable, solar-powered light made of waterproof plastic that can be held with one hand and collapsed flat. Luci would become the flagship product for MPOWERD, which Salzinger founded in 2012. Luci’s simple and flexible design makes it as useful in a refugee camp or a disaster recovery effort as it is in a tent on a backpacking trip—or on the back porch with friends after dark. Luci also provides an alternative to kerosene- or fire-based light sources, which can be dangerous, toxic, and carbon-intensive.

Six years in, MPOWERD now partners with more than 500 nonprofits and nongovernmental organizations to distribute donated or subsidized Luci lights to individuals living in poverty or recovering from natural disasters, such as Puerto Rico’s Hurricane Maria in 2017. Even so, Salzinger says it’s the consumer in the developed world paying $35 for a sustainable backpacking lantern that allows someone in the developing world to purchase one at a fraction of that price.

“Businesses today that are solving problems are probably more closely aligned with being public servants than anyone in our government,” Salzinger says. “There’s a huge gap created by our public leaders. It has created a participatory democracy and economy. You have more people voting, marching, and protesting, but you also see consumers exercising their right to choose what products they support based on their values.” 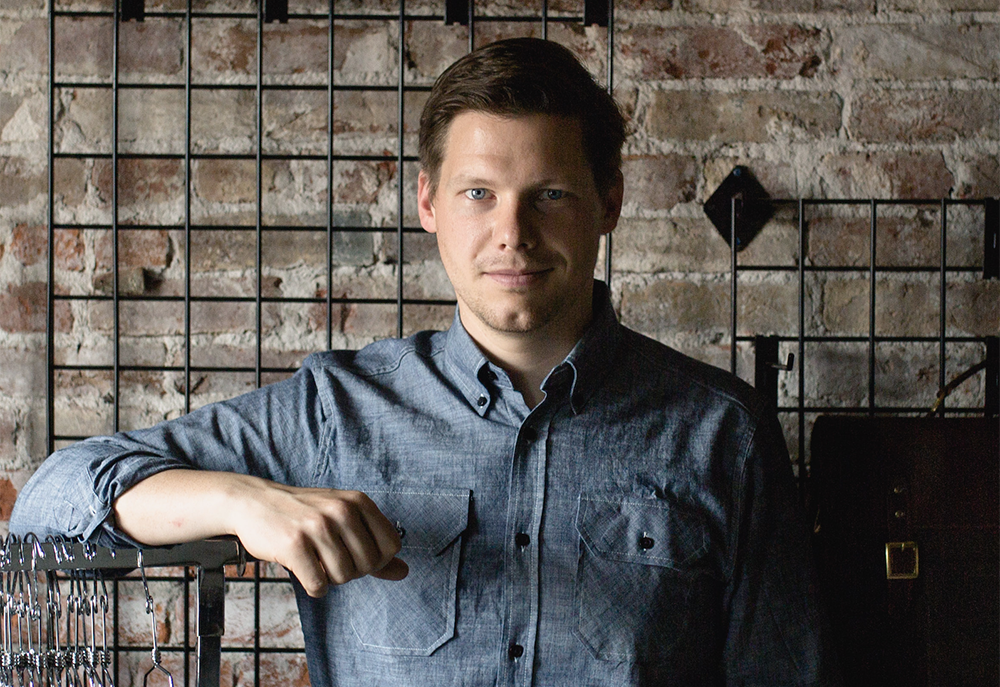 COURTESY OF UNITED BY BLUEUnited by Blue co-founder Brian Linton.

Can an ax or a day pack clean up our polluted beaches and oceans? Philly-based United by Blue—which makes, as its tagline declares, “Responsible, Durable Goods”—is betting on it. For every day pack, flannel shirt, or pair of boots United by Blue sells—any item at all—the company commits to removing a pound of trash from America’s waterways. We’re talking more than a million pounds of floating debris since United by Blue opened its doors in 2010.

The company’s environmental mission directly reflects the childhood of its founder, Brian Linton, who was raised on the small island nation of Singapore with an unusual hobby: breeding fish and selling them to fish stores. “I had 30 fish tanks in my bedroom,” Linton recalls. “It was not the typical teenage boy’s bedroom. If [those fish] didn’t have clean water, they would die.”

When Linton moved to the United States to attend college, he immediately noticed the pollution plaguing many of the nation’s lakes, rivers, and oceans. As a young entrepreneur, he vowed to build waterway cleanup into his business endeavors. His first business, an East Coast-based resort apparel and jewelry brand, did so by making financial donations to nonprofits working on reducing water pollution.

But Linton wanted to go further than “giving money away to other people to do good, where there’s no way to track it and say X accomplished Y.” He says he wanted to create a business model in which doing good would mean getting his hands dirty, literally and metaphorically, in the work of cleansing America’s waters. So, in 2010, he launched United by Blue as a Certified Benefits Corporation, commonly known as a B-Corp. As the mandate states, B-Corps voluntarily follow business practices that meet high standards for “verified social and environmental performance, public transparency, and legal accountability to balance profit and purpose. (Not unlike LEED certification, all B-Corps—including United by Blue, MPOWERD, and Patagonia—pay an annual fee to remain in compliance.) Rather than simply donating to waterway efforts, United by Blue began inviting employees and community members to join in removing trash from beaches and banks. To date, United by Blue has hosted 247 cleanups in 47 states—and even a couple overseas. Linton is a regular at the volunteer events.

“We did our first cleanup before we sold our first T-shirt,” the 31-year-old says.

United by Blue isn’t stopping at picking up trash, which could be merely “a Band-Aid,” as Linton puts it, on the 8 million tons of plastic that ends up in oceans annually. The company, like fellow fitness-oriented  retailers Nau and Prana, uses polyester derived from plastic bottles in many of its garments.

“We want to be a beacon of hope to solve the issue upstream,” Linton says. “That will unfortunately take longer than my lifetime, but United by Blue can be a part of that better future.”

Outdoor performance apparel manufacturer Atayne was born on the run. Or, more precisely, after the run.

As Jeremy Litchfield stripped down following a workout years ago in Washington, D.C., he noticed his entire body, from his shoulders to his toes, had been stained tomato red by the dyes in his new running shirt. Startled, Litchfield began researching potential causes and found that most performance apparel contains dyes and inks that are harmful to both people and the planet. Worse, he discovered that exercise opens blood vessels and pores near the surface of the skin, meaning we’re even more susceptible to the potentially carcinogenic chemicals sitting on our skin when we sweat.

His two-day research rabbit hole eventually took Litchfield into the darkest humanitarian and environmental crises created by garment production. He thought back to his childhood spent in Maine, as well as a book he’d read years earlier in college, Ben & Jerry’s Double-Dip, about how to start a business that champions social causes while making money. The young man knew what he wanted to do.

Litchfield quit his marketing job the next day and set out to start a performance apparel company built on values of environmental sustainability and social equity—with American-made, chemical-free garments that would neither stain nor contaminate the body. A few weeks later, at a D.C. business conference, Litchfield met Rebecca Darr, who would become not only his cofounder but also his wife.

That was 11 years ago, in 2007. Today Atayne is headquartered in Maine, Litchfield’s home state, and is a certified B-Corp that makes “progressive active and outdoor apparel.”

“When we use the word ‘progressive, we use it as ‘thinking ahead,’ looking out on the horizon, and anticipating issues before they become crises,” says Darr, 44, who brought an MBA and more than 10 years of experience in corporate social responsibility to the gear startup.

For Atayne’s cofounders, “progressive” means sourcing recycled materials as often as possible; cutting out potentially risky dyes, solvents, and polyfluorinated chemicals from the production process; touting social issues, such as LGBT rights, on its shirts; and fabricating every product in the United States on a just-in-time schedule. That involves holding off manufacturing until after an online or bulk sale is made, preventing overproduction and excess carbon emissions in the supply chain.

According to Litchfield, an increasing number of active Americans are interested in technical outerwear that respects the planet while it wicks sweat. “People who run, bike, hike tend to have more of an orientation toward the environment,” says Litchfield, himself a runner, hiker, cyclist, and skier.

“It’s completely selfish. We want to make sure our playground stays awesome. As you spend more time out there, we begin to recognize the destruction that we’re creating.”