The Pros and Cons of Studded Bike Tires 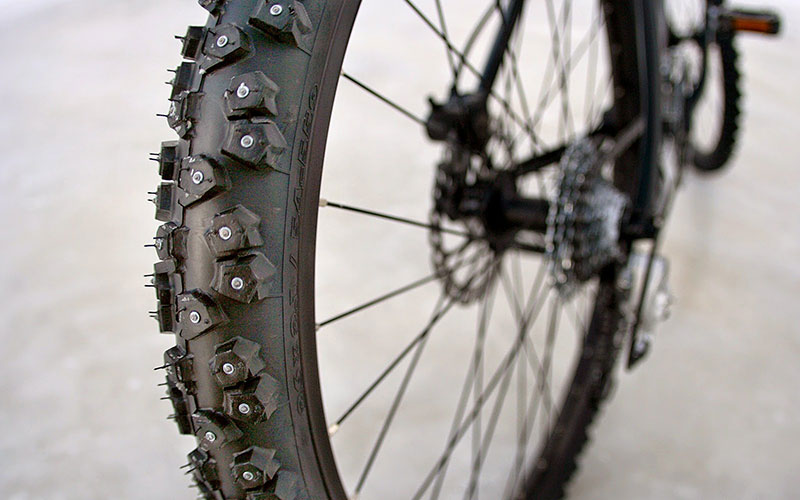 This column originally appeared in the print edition of AMC Outdoorsalong with the column “Ride On! How to bike through the winter.”