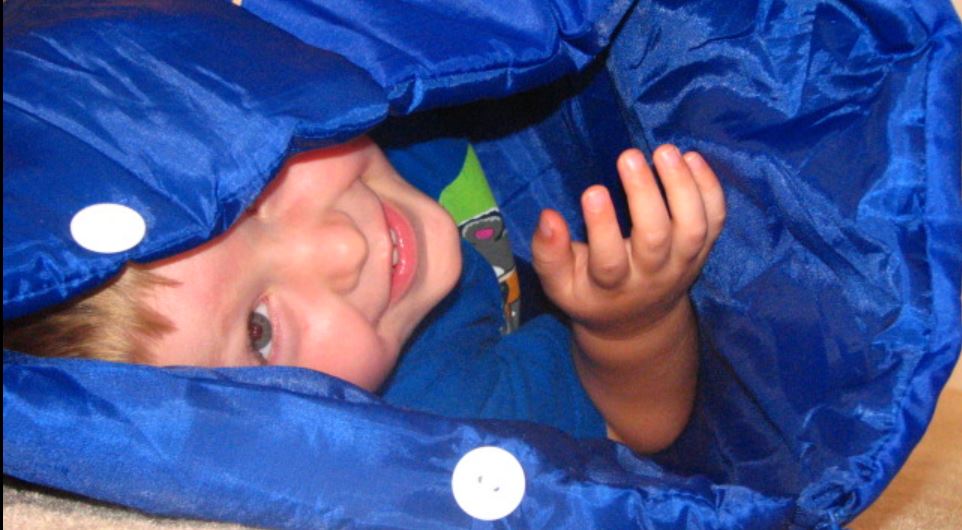 This summer I introduced my two boys, age 4 and 6, to the fun and excitement of backpacking. After several long and squiggly nights over the course of two trips, here is one of the most important things I learned.

Based on my highly unscientific sample size of two, it’s clear that young sleepers move around during the night. A lot. If they are tucked inside a smooth-surfaced sleeping bag (which includes essentially all sleeping bags) and are lying on top of a slippery smooth-surfaced sleeping pad, this endless nocturnal motion will rapidly cause them to slide in whatever direction gravity takes them. This quickly deposits them off the pad, on the hard ground, and in a state of unhappy discomfort that quickly wakes them—and you—in the middle of the night to deal with it.

It doesn’t take much of a slope for them to slide, either. In my experience, even just the barest hint of a slope sends them slip-slipping in that direction.

The solution? The best sleeping pads for kids have a higher degree of friction. This rules out most inflatable sleeping pads, which almost universally feature a smooth and slippery nylon surface. Instead consider closed-cell foam pads, such as the Therma-a-Rest Z-Lite ($35 to $45, depending on length and style) or RidgeRest Classic ($15 to $30), which feature higher-friction dimpled and ridged patterns, respectively.

Even better, such pads are more or less indestructible, which means that the kids are free to use them however they wish, including outside the tent and on rough, rocky, or sharp terrain that might otherwise imperil an inflatable pad.

Alternatively, you could invest in a kids’ sleeping bag from Big Agnes such as the Little Red 15 ($70), which features integrated pad sleeves underneath that hold the pad and sleeping bag in place during the night.

And lastly, if you as parental sherpa unit have the capacity to carry an extra pad or two on your hike, lying two pads side-by-side during the night can further help mitigate the number of middle-of-the-night minutes you spend repositioning them.