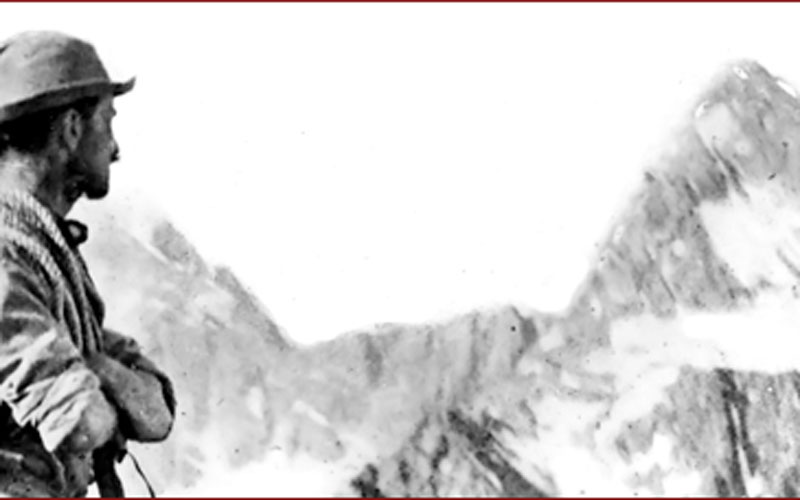 How it transformed mountaineering

The origins and early development of mountaineering in North America in the late nineteenth to early twentieth centuries has been called the golden age. The Canadian peaks did beckon, and the eager and curious heard the call and could not resist. The high noon of Alpinism in Europe had passed with Edward Whymper’s first, yet tragic, climb of the Matterhorn in 1865. Many a mountaineering eye was turned from Europe to North America. A new era was about to emerge, and the Canadian Rockies were to be the hosts.

Charles Fay (1846–1931) was a pioneer in such a tale waiting to be fully told, and he was there at the beginning when the drama was yet young. Fay is held high in Phil Dowling’s The Mountaineers: Famous Climbers in Canada, and Fay, more than most, revealed the vision that many would heed and hear. Fay’s initial mountaineering years were in the White Mountains of New Hampshire. These mountains are not much more than small hills when compared with Fay’s more mature climbing days, but all must begin somewhere. It did not take long for Fay’s faithful and consistent turn to the mountains to be noticed, and as more and more mountain enthusiasts gathered and took to the hills, it became obvious that a mountain club was needed.

Fay was there when the Appalachian Mountain Club was founded in 1876, and he played a significant role in its growth and maturation. (He was AMC president four times, starting in 1878, and he edited Appalachia for 40 years, until 1919.) But, Canada was also in the birthing season of mountaineering. In 1872, George Monro Grant and Sandford Fleming did a cross-Canada tour, and the latter part of the trip took the trekkers over and around many a summit in the layered mountain ranges of Alberta and British Columbia. The latter chapters of Ocean to Ocean: Sandford Fleming’s Expedition Through Canada in 1872 (Worthington, 1877) is now a time-tried classic in Canadian mountaineering literature. There was much more to come, though. Fleming and Grant teamed up again in 1883 for a tougher and more demanding trip through the mountain ranges of Alberta and British Columbia. On this trip, at the height of Rogers Pass (where glaciers were abundant and glistening white), the first Alpine Club of Canada was envisioned and organized. The Alpine Club of Canada was formed by Fleming and Grant in 1883 , only seven years after the AMC. Mountaineering visionaries and organizations were about to converge.

It did not take Fay long to realize that there were higher peaks to climb, and grander sights yet to see. The idea for the Alpine Club of Canada was there in 1883, but the Canadian Rockies were inaccessible to many people. The Canadian west was opened when the last spike of the Canadian Pacific Railway was hammered into the rock-hard soil of the vast mountainous ranges of British Columbia in 1885. That a railway could slice through immense mountain terrain meant that those with a passion for the mountains now had a means to reach the feet of the fabled giants. The federal government in Canada signed Banff National Park into being in 1885, and with the building of Glacier House in the Rogers Pass area in 1885 and Banff Springs Hotel in 1888, mountaineering in Canada was about to be launched. Fay would not want to miss what was about to unfold.

Fay made the first of his many Canadian visits in 1889. Glacier House was a mountaineering beehive in those years, as was Mount Stephen House in Field, British Columbia.. Fay was in the area many times. Many a rigorous and not-to-be-forgotten climb was made from Glacier and Mount Stephen House. Peaks soared like eagles, glaciers tantalized the eager, and rock ridges and slabs offered hikes, scrambles, and climbs for all levels. The tale, so evocatively told, of the rise and fall of Glacier House in the Rogers Pass area can be found in William Putnam’s The Great Glacier and its House: The Story of the First Center of Alpinism in North America 1885–1925. There is little left of Glacier House, but the foundation stones remain to remind the Alpine archeologist and historian of the beginnings of the Alpine tradition, in a fully developed form, in Canada and North America.

The publication of William Spotswood Green’s Among the Selkirk Glaciers in 1890 (Macmillan) further intensified the growing excitement about mountaineering in the Rockies. This book awakened and stirred a
generation of mountain enthusiasts. Green had previously published The High Alps of New Zealand (Macmillan, 1883), but Among the Selkirk Glaciers became the earliest sacred text for devotes of the untapped and untrekked rock slabs and glaciers in the Selkirk Mountains area just west of the Rocky Mountains. Green had captured the imagination and curiosity of a new generation of mountaineers with his adventure tome, and the mountain pilgrims began to arrive in the Rockies and Selkirk turrets and glacier castles with much hope and anticipation. They were not disappointed.

Tragedy
It was just a matter of time before the heady idealism and excitement of untried terrain would meet with some form of tragedy and sadness. The mountains do demand, in time, their exacting due.

Ron Dart is a mountaineer who teaches at the University of the Fraser Valley in Abbotsford, British Columbia.

This excerpt is from the Summer/Fall 2010 issue of Appalachia.