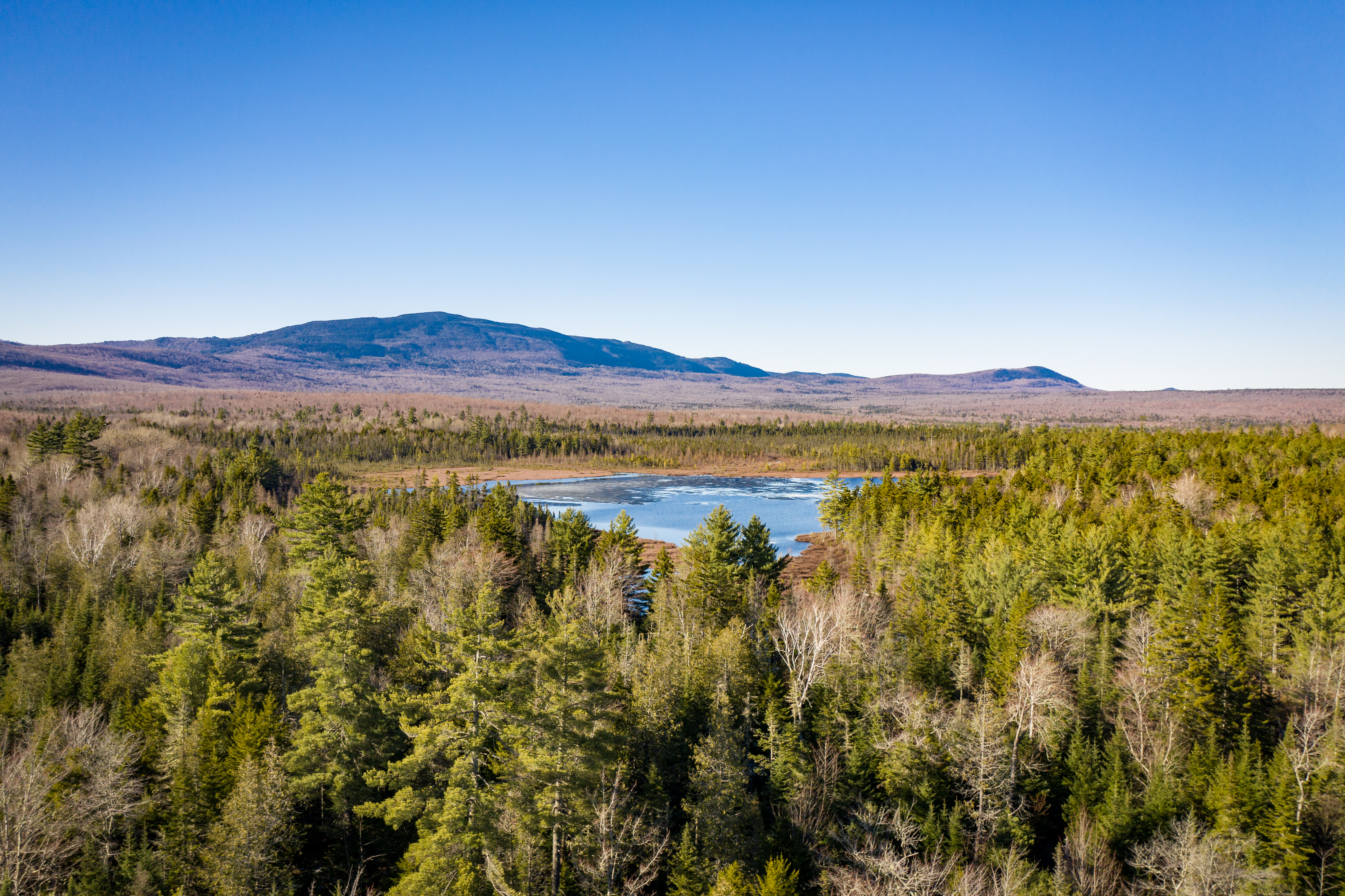 Last week, we shared news of the Appalachian Mountain Club’s historic purchase of the Pleasant River Headwaters Forest in Piscataquis County, Maine, a purchase that increased the size of our Maine Woods Initiative to more than 100,000 acres. Since then, many have asked us how AMC was able to attain such a feat.

Well, like any project of great magnitude, it took a village. AMC was supported in its mission by dedicated staff, donors and a myriad of government and nonprofit partners. Here’s how we made it possible.

AMC’s Maine Woods Initiative began almost 20 years ago, with the goal of creating an innovative approach to conservation that combined outdoor recreation, resource protection, sustainable forestry and community partnerships. By 2018, the project had grown to nearly 75,000 acres of permanently protected forest.

It was at that time that AMC learned that the 26,740 acre Pleasant River Headwaters Forest – which was contiguous to AMC’s existing land – was available for sale. The property is a major watershed of both the West and Middle Branches of the Pleasant River, which serve as a critical designated habitat for endangered Atlantic salmon and native brook trout.

The property also overlays a known deposit of cobalt and zinc. Mineral exploration or development could have a devastating impact on the property’s ecological and watershed values.

AMC recognized this as a once-in-a-lifetime opportunity.

Recognizing the unique opportunity to protect the property for future generations – and motivated by the strong partnership formed between AMC and The Conservation Fund – the Richard King Mellon Foundation agreed to make a lead gift of $10 million toward the purchase.

The partnerships worked. In February of 2019, The Conservation Fund purchased the Pleasant River Headwaters Forest. This temporary ownership arrangement gave AMC and The Fund time to raise the $25 million needed to bring the working forestland into its permanent ownership, protection, and stewardship.

After the initial acquisition of the property by The Conservation Fund, AMC worked to secure the additional capital needed to purchase the property and officially make it part of its Maine Woods Initiative.

Both government and nonprofit foundation partners recognized the importance of the property to the great 100 Mile Wilderness. Significant funding was provided by a US Fish and Wildlife (USFWS) Recovery Land Acquisition grant—via the Land and Water Conservation Fund—awarded to Maine’s Department of Inland Fisheries and Wildlife; two USFWS North American Wetlands Conservation Act grants; the National Fish and Wildlife Foundation; The Nature Conservancy; U-Haul, and the Appalachian Trail Conservancy’s Wild East Action Fund.

In addition, many AMC members rallied to support the project, including many who sought to honor the retirement of long-time Senior Vice President Walter Graff in 2020. Graff played an instrumental role in launching the Maine Woods Initiative.

By Summer of 2022, AMC had raised sufficient funding for the purchase and stewardship of the Pleasant River Headwaters Forest. It acquired the property from The Conservation Fund in late August. The purchase marked a major milestone for AMC: since beginning the Maine Woods Initiative in 2003, the organization has acquired and permanently protected more than 100,000 acres of forest and fish habitat in Maine, investing more than $87.5 million in the project.

This was a tremendous undertaking. It required years of effort, deep partnership between organizations and funders, and innovative approaches – like the Working Forest Fund® – to bring the project to fruition. But the five-plus year effort made to protect this property will pay dividends for generations to come.