Get ready to see the dark! Learn how AMC is working towards a darker night sky.

The AMC Maine Woods International Dark Sky Park lies at the edge of the North Maine Woods, an expanse of more than 14,000 square kilometers of largely uninhabited forest land that stretches from Monson, Maine, to the border of Canada. This region is one of the darkest places remaining on the East Coast and has also been identified as an area of exceptionally high habitat connectivity and climate change resilience.

What is a Dark Sky?

A dark sky is one where artificial light does not interfere with the view of the natural starry environment. 100 years ago, anyone could look up at the night sky and see thousands of stars above, but due to the increased and widespread use of artificial light over the last century 80 percent of the world’s population lives under skyglow, and in the United States and Europe 99 percent of the public can’t experience a natural night.

How does a property become a Dark Sky Park?

The Dark Sky Park certification is given by the International Dark-Sky Association to land possessing an exceptional quality of starry nights and a nocturnal environment that is specifically protected for its scientific, natural, educational, and cultural heritage, and/or public enjoyment. Because most of the eastern United States has light pollution that prevents pristine views of the night sky, there are only a limited number of International Dark Sky Parks on the East Coast.

What are the benefits of dark sky conservation?

The conservation benefits of limiting excess artificial light include:

There are broader benefits to reducing light pollution as well, including:

How can you help?

Stay at one of AMC’s three ecolodges or camp at one of the many campsites on the property. 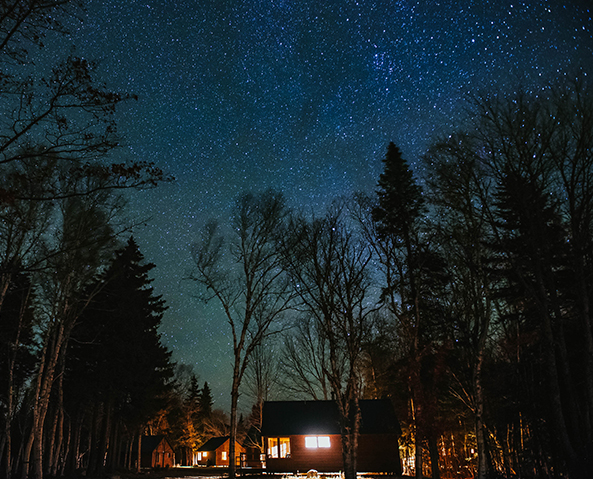 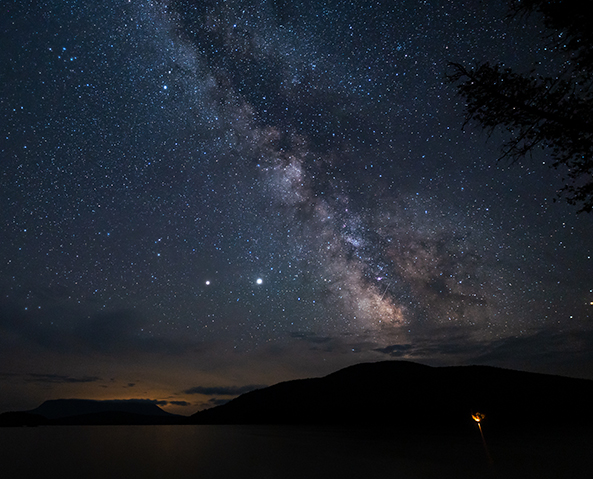 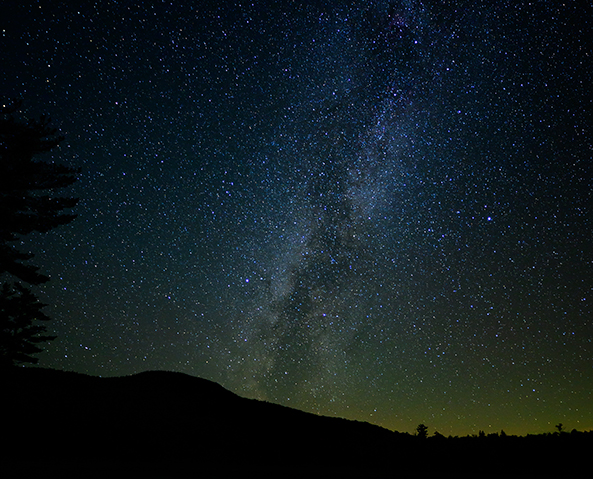 How to see the stars