The following day hikes come from AMC’s Best Day Hikes Along the Maine Coast. For more information, check out the book. 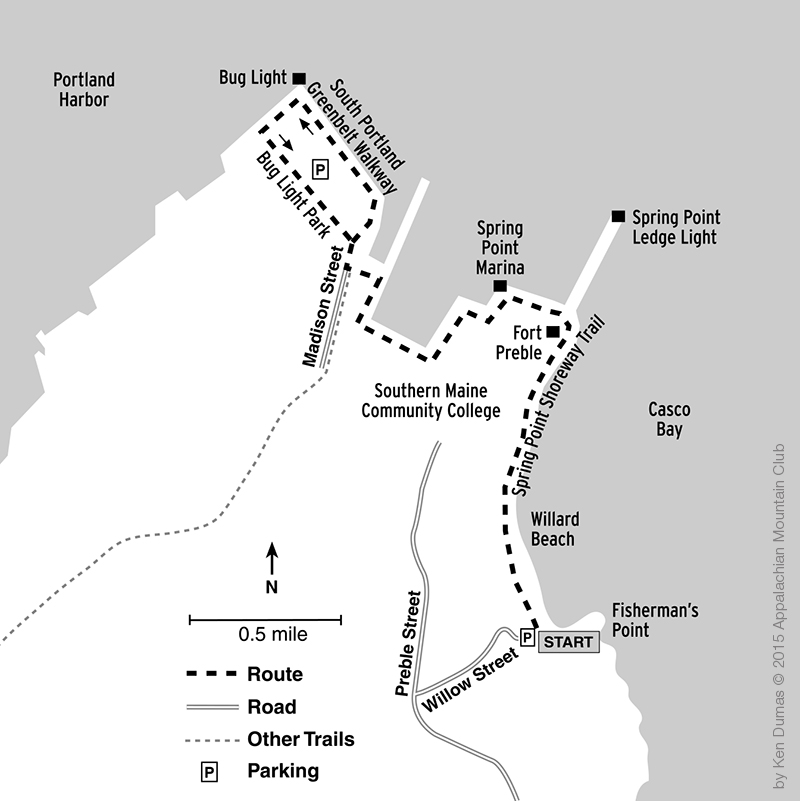 Walk this historical pathway along a spectacular stretch of Casco Bay that features beaches, forts, lighthouses, museums, and scenic island and harbor views.

Fort Preble began as Fort Hancock, a temporary structure built during the Revolutionary War. In 1808, the fort was expanded and named after Commodore Edward Preble. Fort Preble saw continuous use from the War of 1812 through World War II before being deactivated in 1947. 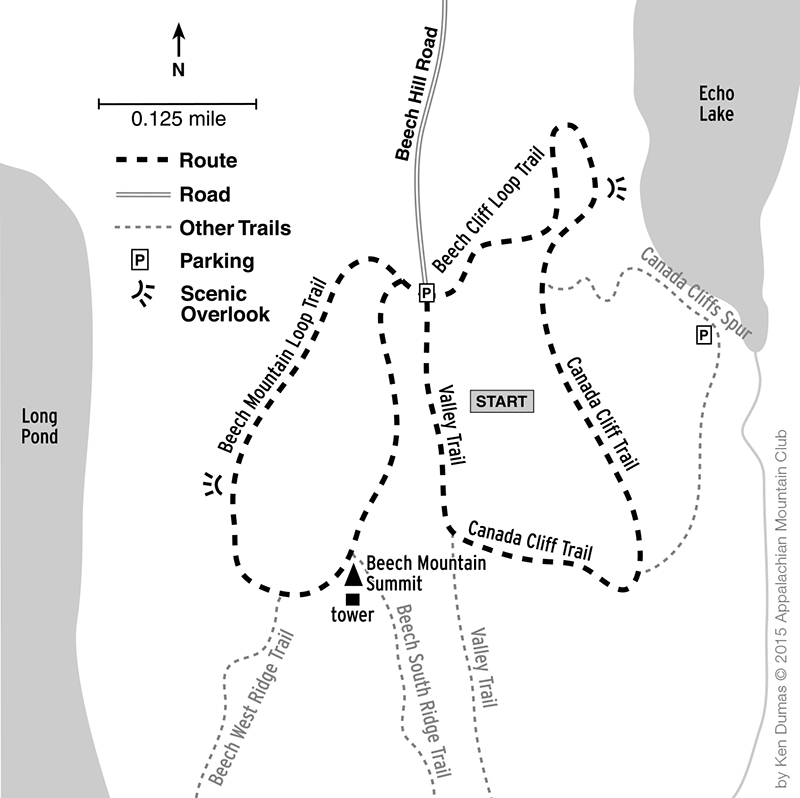 Walk atop cliffs and trek to a firetower for far-reaching ocean and mountain views over Mount Desert Island.

Short Trail Description (for a complete description, see AMC’s Best Day Hikes Along the Maine Coast)
This moderate hike is within the beautiful Acadia National Park. This hike combines all or a portion of four trails—Beech Cliff Loop, Canada Cliff, Valley, and Beech Mountain—en route to cliff-top panoramas of mountains and the ocean. Note: Beech Cliff Loop may be closed from March 15 through August 15 in order to protect nesting peregrine falcons and their young chicks. Contact the park in advance of your hike to be sure.

Over the north shoulder of Acadia Mountain, the waters of Somes Sound slice into the heart of the island. All too soon the trail bears left away from the cliff and loops back to the junction with Canada Cliff Trail. South on Canada Cliff Trail is a junction with Beech Cliff Trail, which leaves to the left and descends steeply via a series of iron ladders to Echo Lake. Ahead, hike through the woods along the top of the cliffs, with occasional views to the beach directly below at the south end of Echo Lake. Descend past an erratic boulder at head height. The fire tower on Beech Mountain comes into view straight ahead in the distance, perched on the open ledges to the west. Continue downward and then contour along, with occasional views east over Saint Sauveur Mountain all the way to Cadillac Mountain, the highest point on the island. Stunning views of Maine’s most popular National Park await. 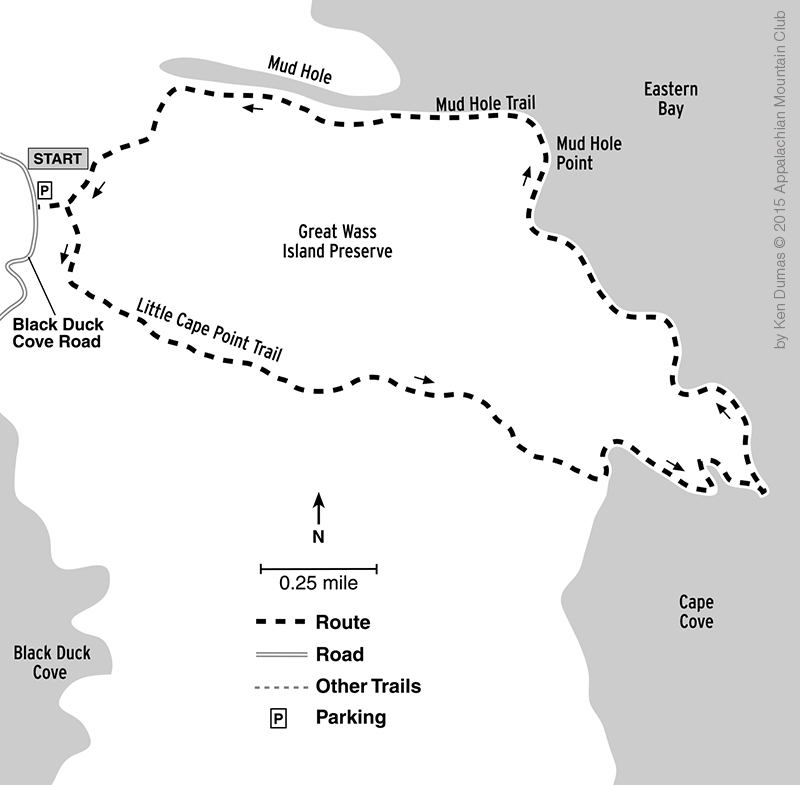 Amble through jack-pine forests and rich peatlands, then hike along the spectacular ocean shoreline around Little Cape Point on the east side of Great Wass Island.

Short Trail Description (for a complete description, see AMC’s Best Day Hikes Along the Maine Coast)
The 1,576-acre Great Wass Island Preserve comprises most of the island of the same name and almost the entire southern portion of the little town of Beals. The Nature Conservancy acquired the preserve 1978. Bounded by Eastern Bay and Western Bay, the island projects farther out to sea than any other land mass in Downeast Maine. Here, the waters of the Gulf of Maine mix with the Bay of Fundy, creating a cool, moist climate that supports several rare plant species and natural communities, well adapted to the often extreme wind, salt spray, and abbreviated summer growing season.

Hardy plants such as beach-head iris, marsh felwort, blinks, and bird’s-eye primrose grow on the exposed headlands. Inland, the island supports one of the largest stands of the twisted and stunted jack pine. The boggy peatlands breed carnivorous pitcher plants and sundews, baked-apple berries, and dragon’s mouth orchids. Bird life is plentiful; bald eagles, ospreys, palm warblers, Lincoln sparrows, boreal chickadees, and spruce grouse are all common. Common eiders and great blue herons can be seen offshore. Harbor seals may be seen basking on the rocks in the sun. Little Cape Trail and Mud Hole Trail penetrate the preserve; this route combines them for a 5.0-mile loop along rugged ocean shoreline.