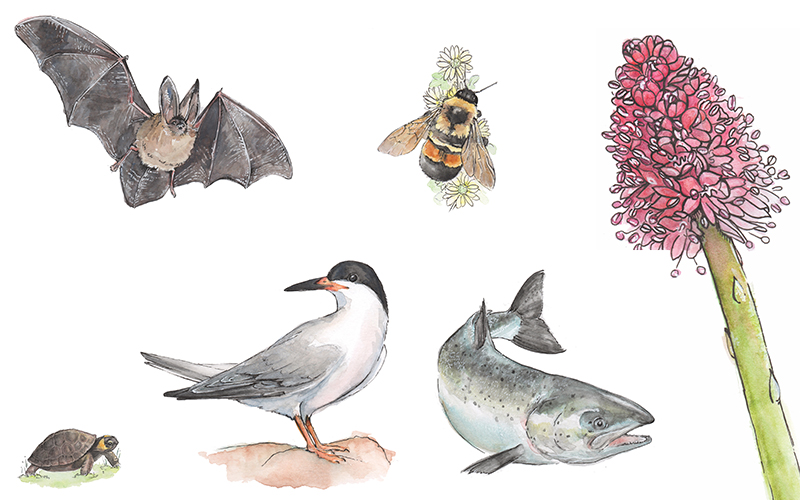 Heather Stephenson / 3 minute read One million animal and plant species are on the verge of extinction, according to a United Nations report released in May, and we humans bear much of the blame. Climate change, overfishing, pollution, and urban expansion are all threatening Earth’s biodiversity, and with it our own food security, health, and quality of life, according to […] 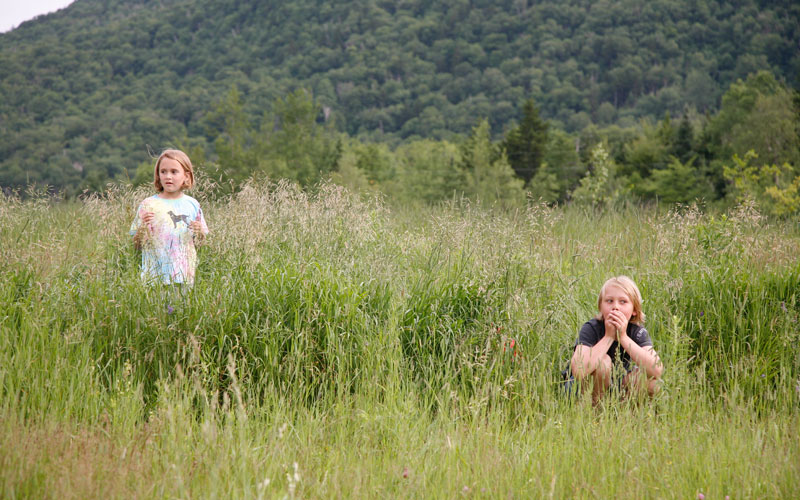 Heather Stephenson / 4 minute read Leading kids through the woods requires more than a map and compass. You also need enthusiasm and creativity to keep things fun for young hikers, whether they’re preschoolers who tire easily or older children who claim they’re bored. Try these strategies to keep kids interested when out on the trail. ACTIVE PLAY Walk This Way: […] 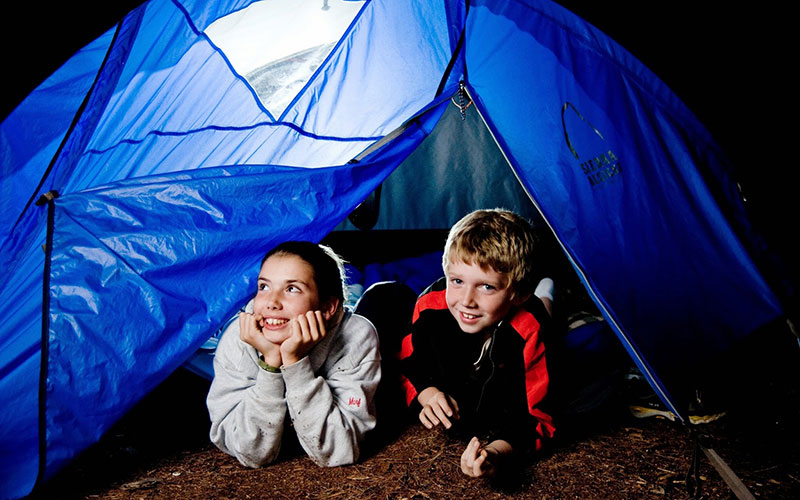 Heather Stephenson / 2 minute read Shake out your tents: It’s time for the 10th annual Great American Backyard Campout. On June 28, thousands of people will be pitching tents in yards and parks across the country as part of this nationwide family camping adventure. Whether you camp with a community group, head to your backyard, or hike to a remote […] 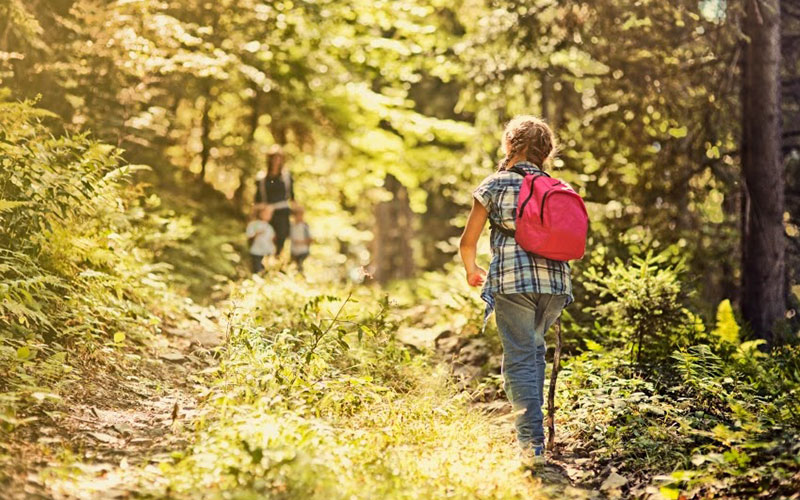 Outdoor Trips with Kids: Best Family Backpacking in New England and the Mid-Atlantic

Heather Stephenson / 4 minute read Combine the joy of day hiking with the adventure of a night in a tent and you’ll see why backpacking is a terrific family adventure. These six overnight outings in New England and the Mid-Atlantic are recommended for young hikers by AMC authors. To learn more about these backpacking destinations, check out AMC’s Best Backpacking […]

How Heavy Should My Child’s Backpack Be?

Heather Stephenson / 3 minute read Getting your kids to carry a pack while hiking teaches them important skills, like thinking about what’s essential gear. And toddlers who carry their own snack or water bottle take great pride in their growing self-sufficiency. But how much weight should children carry in their packs? Medical experts say a child’s backpack should weigh no more […] 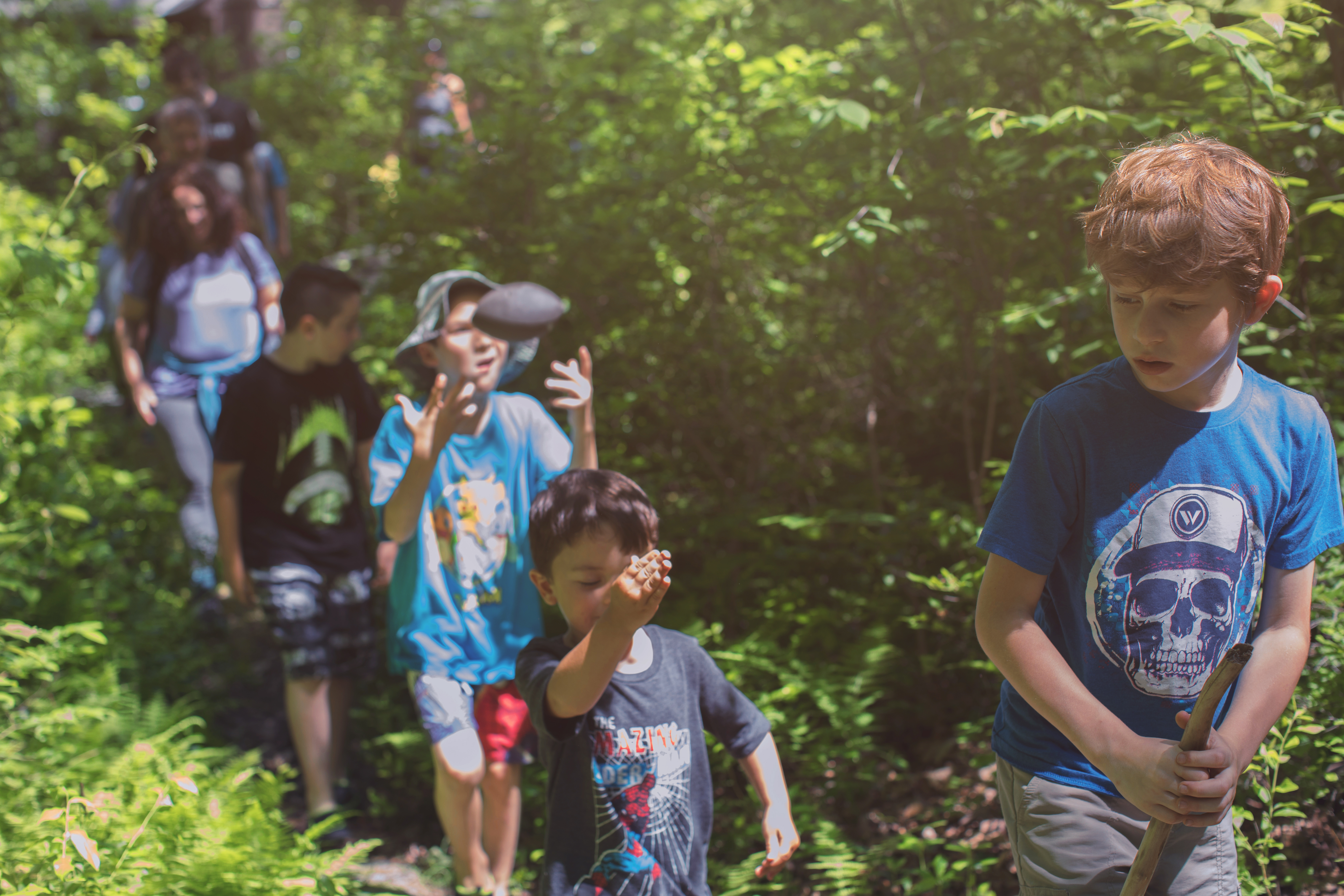 Heather Stephenson / 7 minute read When hiking with kids, it’s always good to have a payoff to reward their effort, whether you’re offering a mountain view or a chocolate bar from your backpack—or maybe both. One of the best attractions to keep kids going on the trail is water, whether it’s burbling brooks, flowing waterfalls, or swimmable lakes. Here are […] 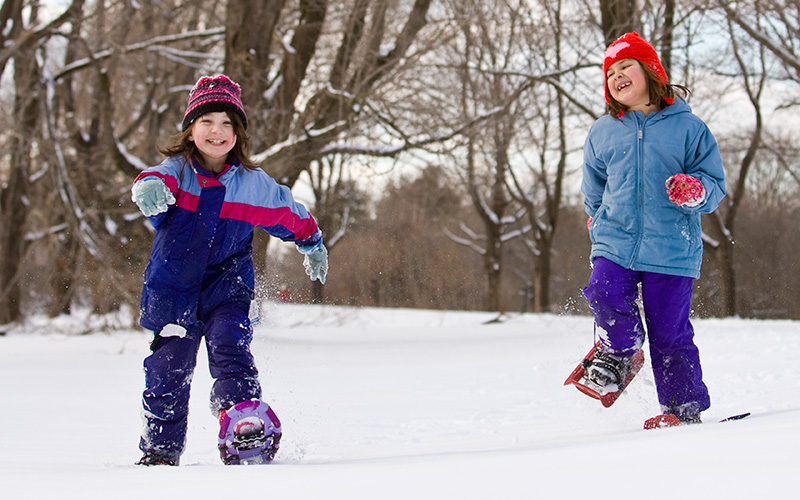 Heather Stephenson / 4 minute read Are you trying to get your kids outdoors and active in the winter? Here are a dozen fun ideas to keep them moving and connect them with the natural world, recommended by AMC experts. All these activities can be done in the backyard or around the neighborhood. 1. Make snow angels and snowmen. If snow […] 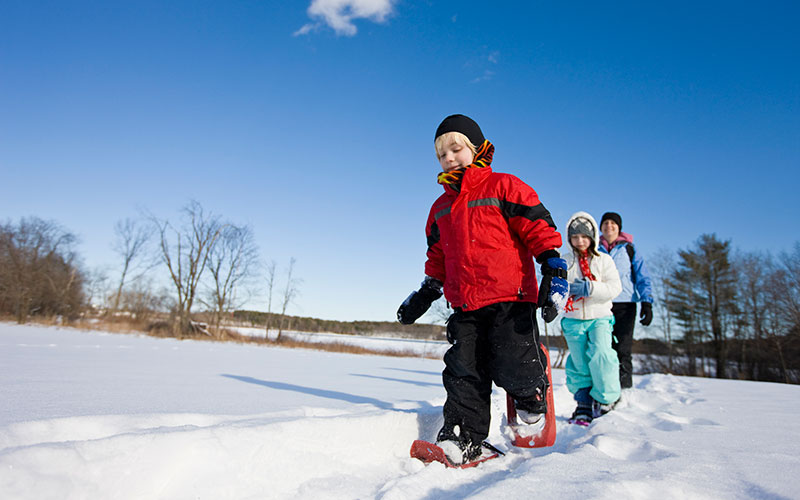 Heather Stephenson / 3 minute read As the seasons turn, I try to keep ahead of what my 3-year-old needs so that she can enjoy being outdoors. But she grew 4 inches in the past year, so the winter boots we bought big last spring were already too small when we tried them on this fall. Time to go shopping again! […] 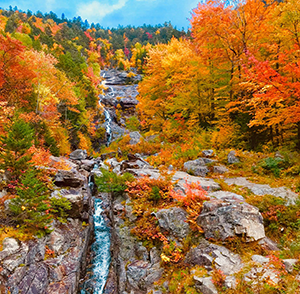 Heather Stephenson / 2 minute read Can you explain the changing colors of autumn leaves to a child? I admit it sometimes takes me a minute to remember the basics about chlorophyll and hidden pigments. But I just found a quick refresher on the science and some fun hands-on activities to help the lessons stick, thanks to Yankee magazine’s foliage website […] 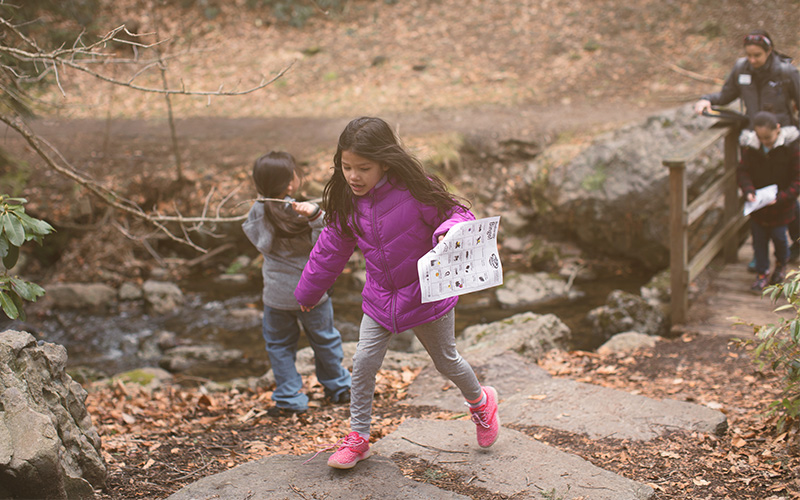 Heather Stephenson / 2 minute read The end of summer is coming all too soon. Make the most of the season and help your kids connect with nature with these simple, free or low-cost activities, suggested by AMC authors, parents, and naturalists. 1. Take an ice cube bath. When it’s too hot to move, bring a bowl of ice cubes outside […] 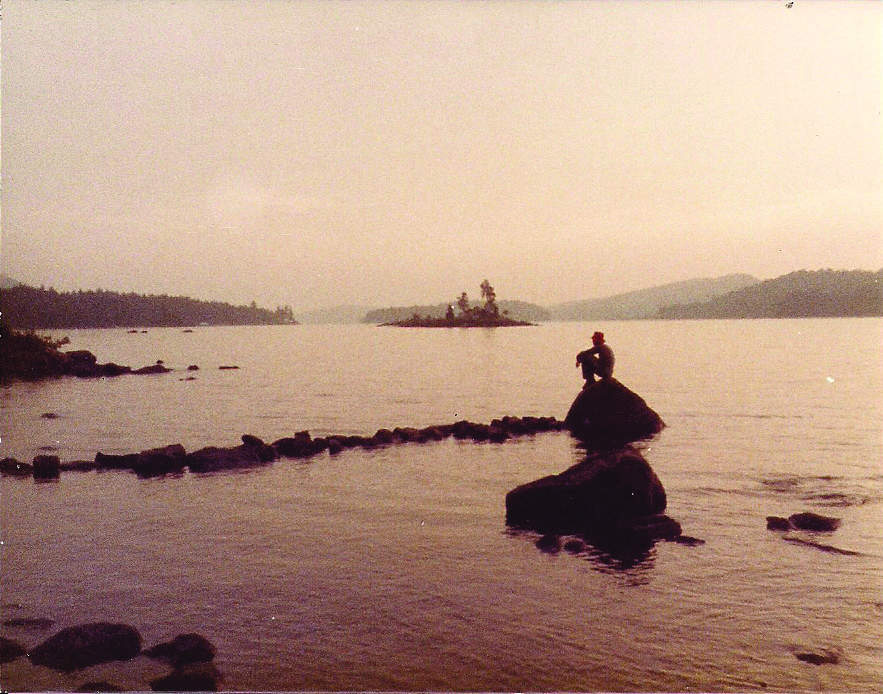 Heather Stephenson / 3 minute read Adirondack Park in New York State offers vast wilderness, beautiful lakes and ponds, and 46 mountain peaks over 4,000 feet. At about 6 million acres, it is the largest park in the contiguous United States, larger than the entire state of New Hampshire. Where should a visitor start? I asked Peter Kick, author of the […]