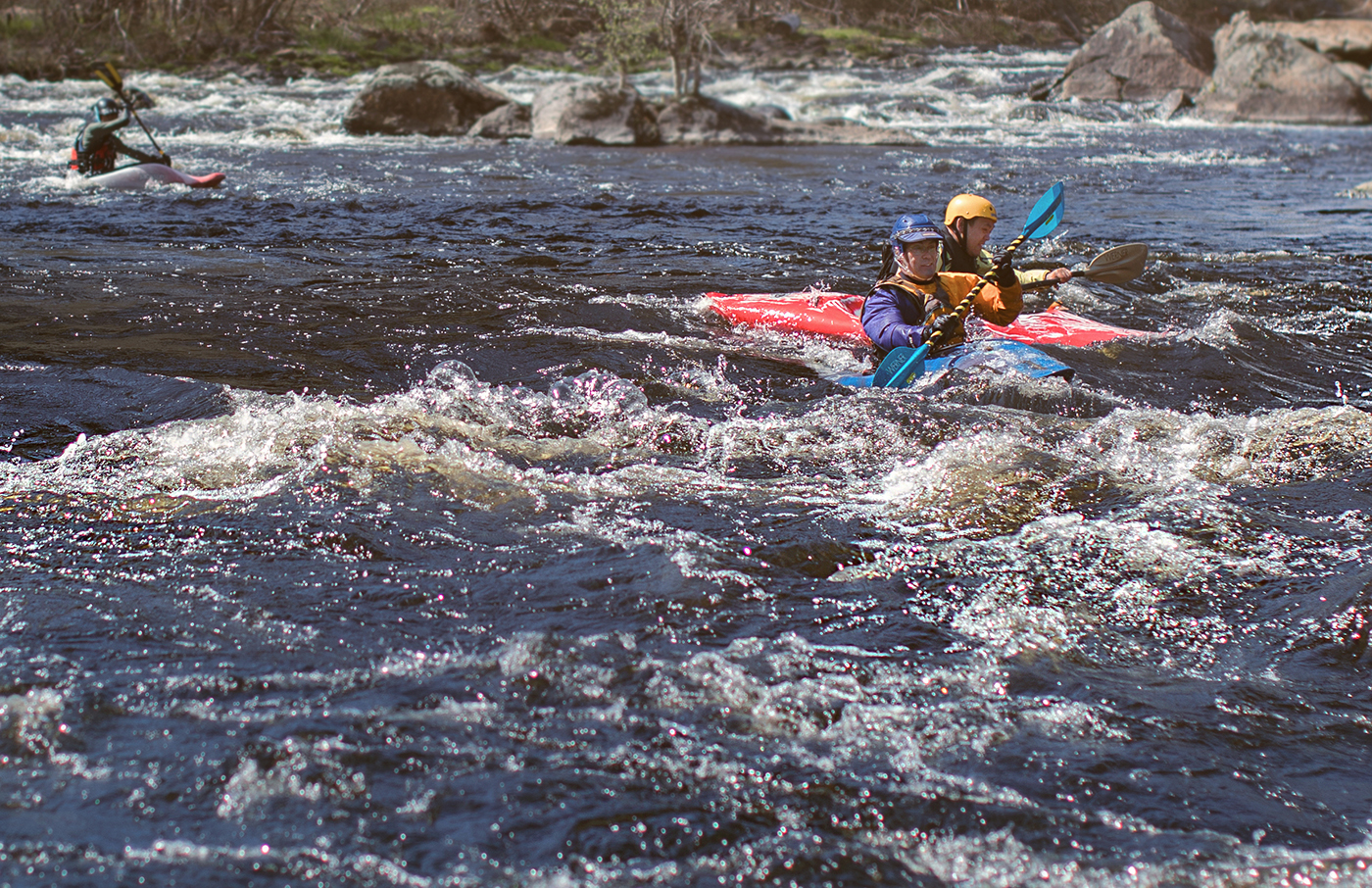 Julia Khorana can remember a time when the Deerfield River in Western Massachusetts was nearly unusable by paddlers and whitewater lovers.

The problem, back in the early 1990s, was that the old hydroelectric dam that held back water in the summer months resulted in an unpredictable schedule of when water would be released into the river. Khorana, a whitewater enthusiast, along with a dedicated group of advocates from numerous environmental and recreation organizations, joined forces to make the Deerfield River into a waterway that everyone could enjoy.

These environmental groups, including the Appalachian Mountain Club, pushed for enhanced whitewater opportunities through predictable releases of water when the owners of the electrical dam applied for an updated government license to operate on the Deerfield. The Federal Energy Regulatory Commission (FERC) performs a comprehensive review process when dam owners apply for a renewal of their 30-year operating license. Those licenses can last for 30 to 50 years, so FERC pays close attention to how recreational users can access the river.

Khorana and others influenced the dam relicensing agreement to include numerous updates for recreational users, including predictable whitewater releases throughout the year.

“We have scheduled releases that we can count on it, which bring thousands of paddlers to the area who support local businesses during their stay” says Khorana, a member of the AMC Boston Chapter and chair of AMC’s Inter-Chapter Paddling Committee. 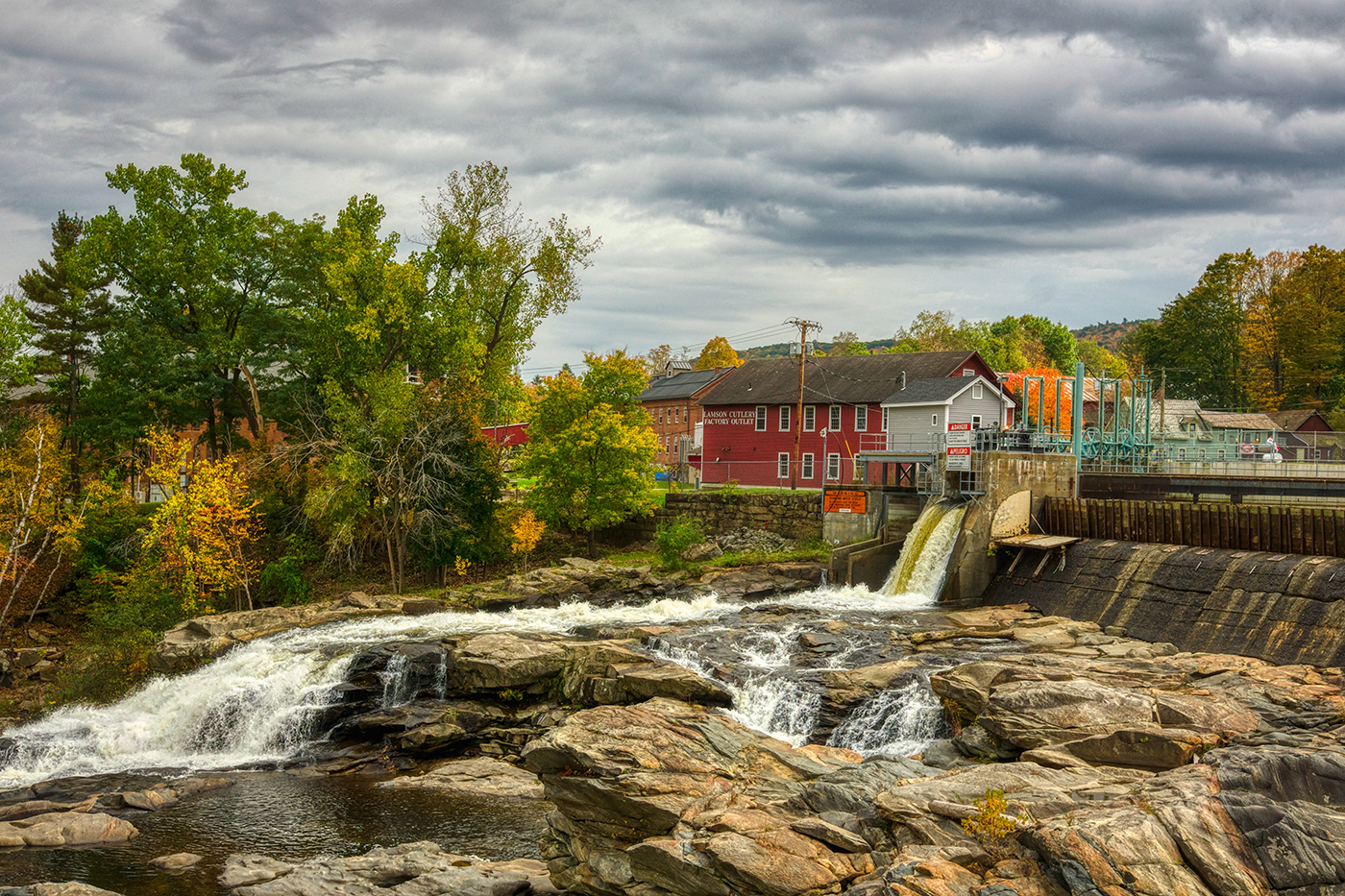 YUVAL ZUKERMAN / UNSPLASHBefore AMC and other groups negotiated more favorable dam releases upriver, the Deerfield River was not the whitewater paddling destination it is today.

That experience helped Khorana understand the importance of being involved in AMC advocacy efforts and why whitewater paddlers should work toward improving the environmental and recreational qualities of our region’s rivers. She says she now hopes to motivate other whitewater enthusiasts to make a similar investment through AMC’s Waters and Rivers Protection Fund, which was established to help needed conservation work for paddling sports throughout AMC’s region. Previously, AMC’s paddlers maintained the Hydro Fund, which used donations and other sources to help pay for dam licensing work. With the fund’s expansion to become the Waters and Rivers Protection Fund in 2019, AMC’s Inter-Chapter Paddling Committee is able to invest in a wider array of conservation measures.

“We have the opportunity to help fund projects and as a result, I’m hoping that it makes paddlers more aware of conservation issues on the waterways that they care about,” says Khorana.

The Waters and Rivers Protection Fund invests in projects, identified by AMC Chapters or other organizations, that will aid in expanding paddling opportunities. To date, AMC has donated money to six projects, including a modern privy along the Connecticut River used by paddlers doing multi-day excursions, and debris removal on the Wood and Pawcatuck Wild and Scenic Rivers in Rhode Island.

In 2021, the Waters and Rivers Protection Fund donated $5,000 to the Mill City Park in Franklin, N.H., which is building a whitewater park within blocks of the village’s downtown areas.

“This project is all about downtown revitalization and creating an outdoor recreation economy,” says Mark Zakutansky, AMC’s director of conservation policy engagement. “It shows the community that there is tremendous enthusiasm for this work.” 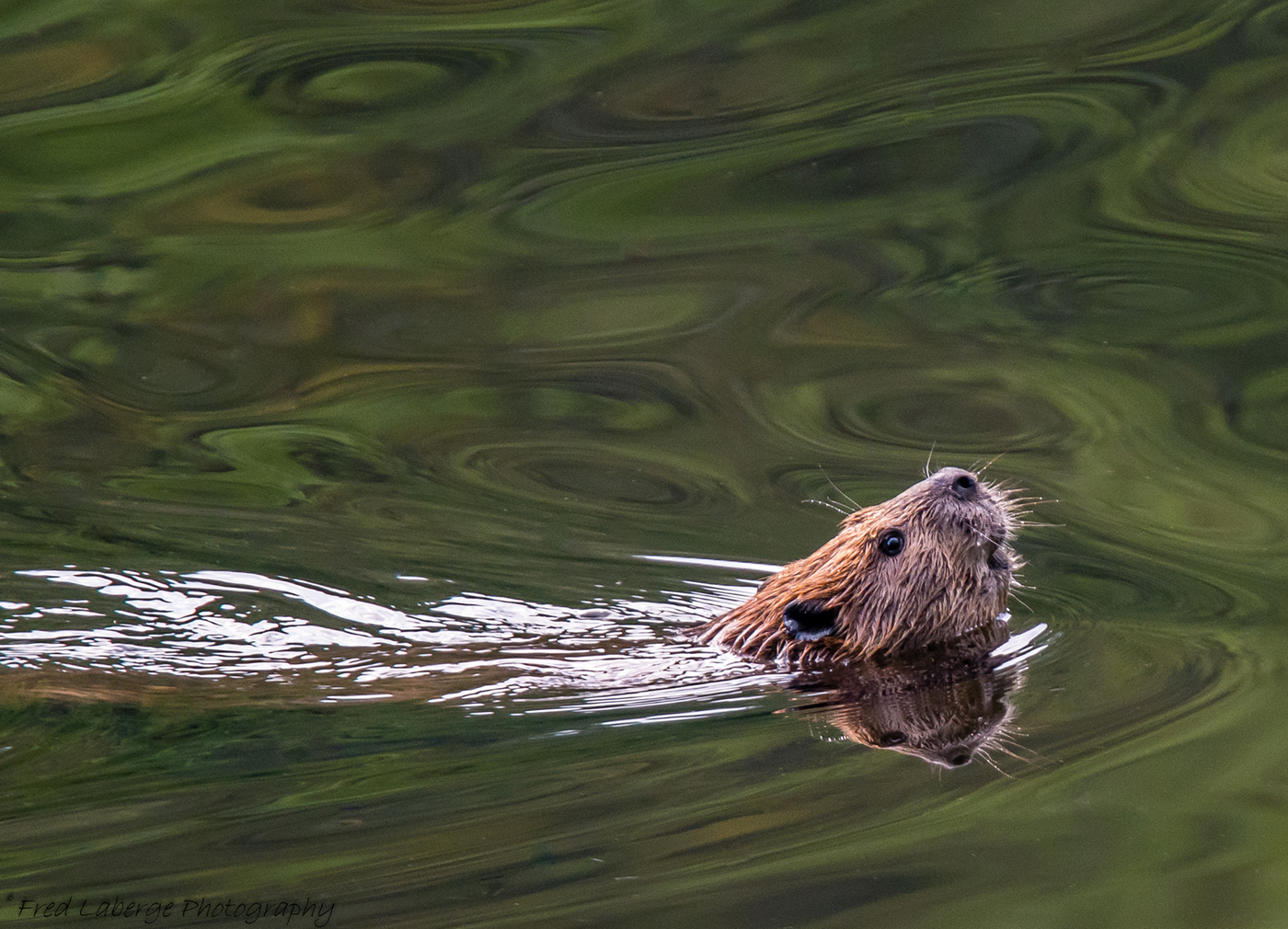 ‘Seat at the Table’

Hydroelectric dams are required by law to receive an operating license from FERC, which oversees the nation’s energy grid and electrical generating facilities.

Because dams alter the flow and natural habitat of these rivers, operators are required to incorporate mitigation for these impacts, like providing predictable whitewater releases, as well as developing launch sites, trails, and other amenities, Zakutansky says. As operators apply to relicense their dams, groups like AMC seek to influence the process so that public access and recreational opportunities are enhanced, he says. “Groups like AMC must have a seat at the table to balance and offset any negative impact on these resources,” Zakutansky says.

Once those dams are relicensed, AMC and other groups continue to monitor them to ensure operators are living up to the terms of their licenses and providing those recreational amenities as required by their license.

Dam operators also must identify how their operation will affect recreation on the river, but also fish and other wildlife. State and federal agencies, and environmental groups use studies produced during relicensing to suggest how dam owners can strike that balance between producing renewable energy and still giving access to these outdoor resources, Zakutansky says.

Ultimately what comes out of the relicensing process is a management plan that stipulates how the dam operator will provide public access, such as the number of releases, providing for migratory fish, the types of public trails allowed nearby, and where other public access points will be located, Zakutansky says.

“It is a lot of work to figure out the mitigation issues. It is not just a one-line comment,” he says. “It’s a robust, 50-year management plan.” 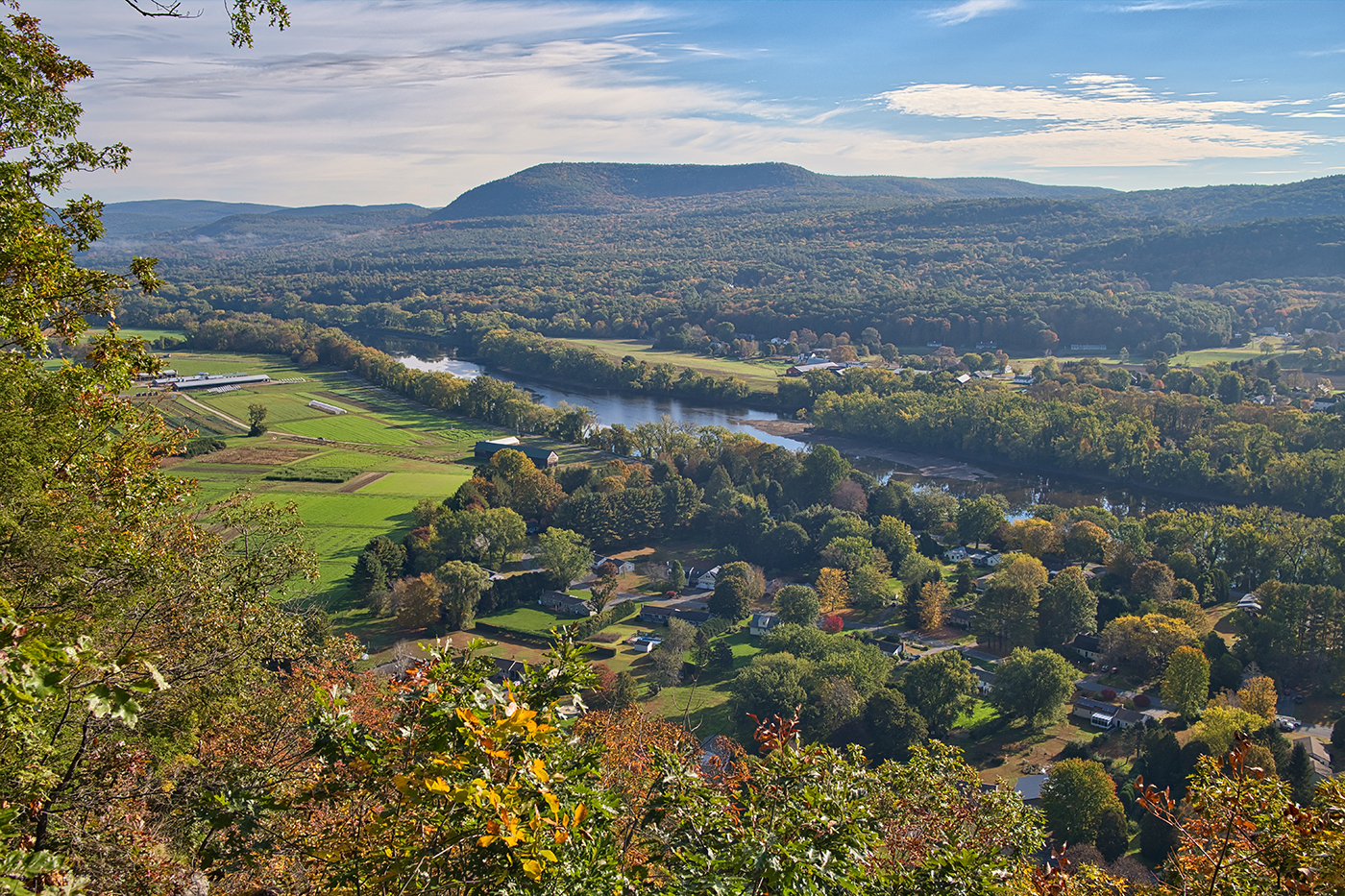 Norman Sims, a longtime AMC member and volunteer, was among the early advocates working on dam licensing issues in the late 1980s. He, along with Ken Kimball, former director of research for AMC, got engaged in whitewater issues when two dams on the Deerfield River were up for relicensing.

A self-described “rag-tag” group of avid paddlers formed New England FLOW and spent years negotiating with the owners of the power company, often guided by Kimball.

“I was there in 1998 when we had no idea what was going on, and we negotiated a great licensing agreement,” Sims says. “Things are different now.”

Many of these dams predated the modern environmental movement and were not required to perform any mitigation, says Sims. These early relicensing negotiations were often the first time that conservation and recreational users had the opportunity to add their voices to the process, he says. In the ensuing years, negotiations have gotten more complicated and require professional staff to work on behalf of recreational users, Sims says.

“Power companies are required to do studies, but we’ve noticed in the last 15 years these studies seem to reveal nothing at all. They employ a lot of lawyers. That was not the case back then,” he says. “When they come back with a study, we need to have our own experts review.”

It isn’t easy to understand the bureaucracy of dam relicensing, Sims says, let alone influence. Instead, the best volunteer advocates are partnered with environmental professionals, like those at AMC, who understand every step of the process and bring the needed technical expertise, he says. Paddlers who support these efforts, either through volunteer time or with financial contributions, are making a direct and positive impact on the future of whitewater in New England, Sims says.

“AMC has been active in this from the word go and does not get enough credit for the work it’s done,” Sims said. “There have been profound changes in New England rivers because of AMC’s work.” 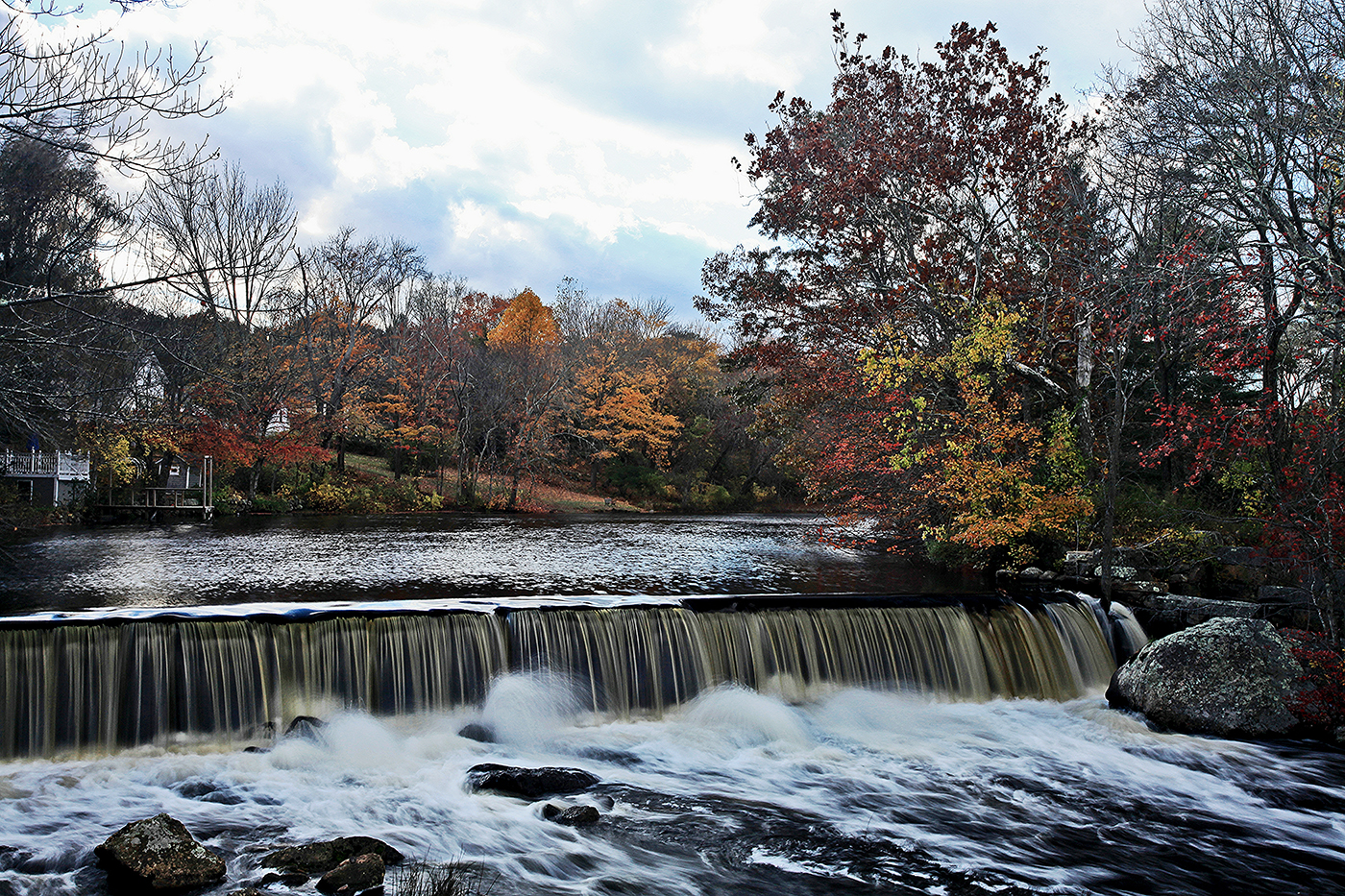 The New England and Mid-Atlantic region feature more than 300 hydroelectric dams, and AMC is actively involved in relicensing efforts on 20 dams in the region, Zakutansky says.

In June 2021, AMC and others completed a relicensing effort on the Mongaup River in the upper Delaware River valley, resulting in the addition of 15 more whitewater releases and the announcement of new paddling opportunities on the dam owner’s website, says Zakutansky. In addition, the power company is investing $1 million in fish passages and water quality improvement efforts.

“When I’m working on dam relicensing, I always ask volunteers what they want to see improved upon. Having an active user-base makes us an effective participant in these efforts,” Zakutansky says. “This is part of AMC’s body of work and the type of conservation work that we have invested time and resources in.”

As AMC continues to advocate for better whitewater access through dam relicensing, the Inter-Chapter Paddlers Committee seeks additional funding for the Waters and Rivers Protection Fund to support the wider mission of improving paddling sports throughout New England and the Mid-Atlantic region, Khorana says.

“We are actively seeking project ideas, and I would like to see us fund projects that improve access to rivers and for sea kayakers,” Khorana says. “AMC is trying to grow recreational access for people of all kinds, and in all kinds of different waters.”

If your organization is interested in learning more about the AMC Waters and Rivers Protection, please contact us at amcconservation@outdoors.org”