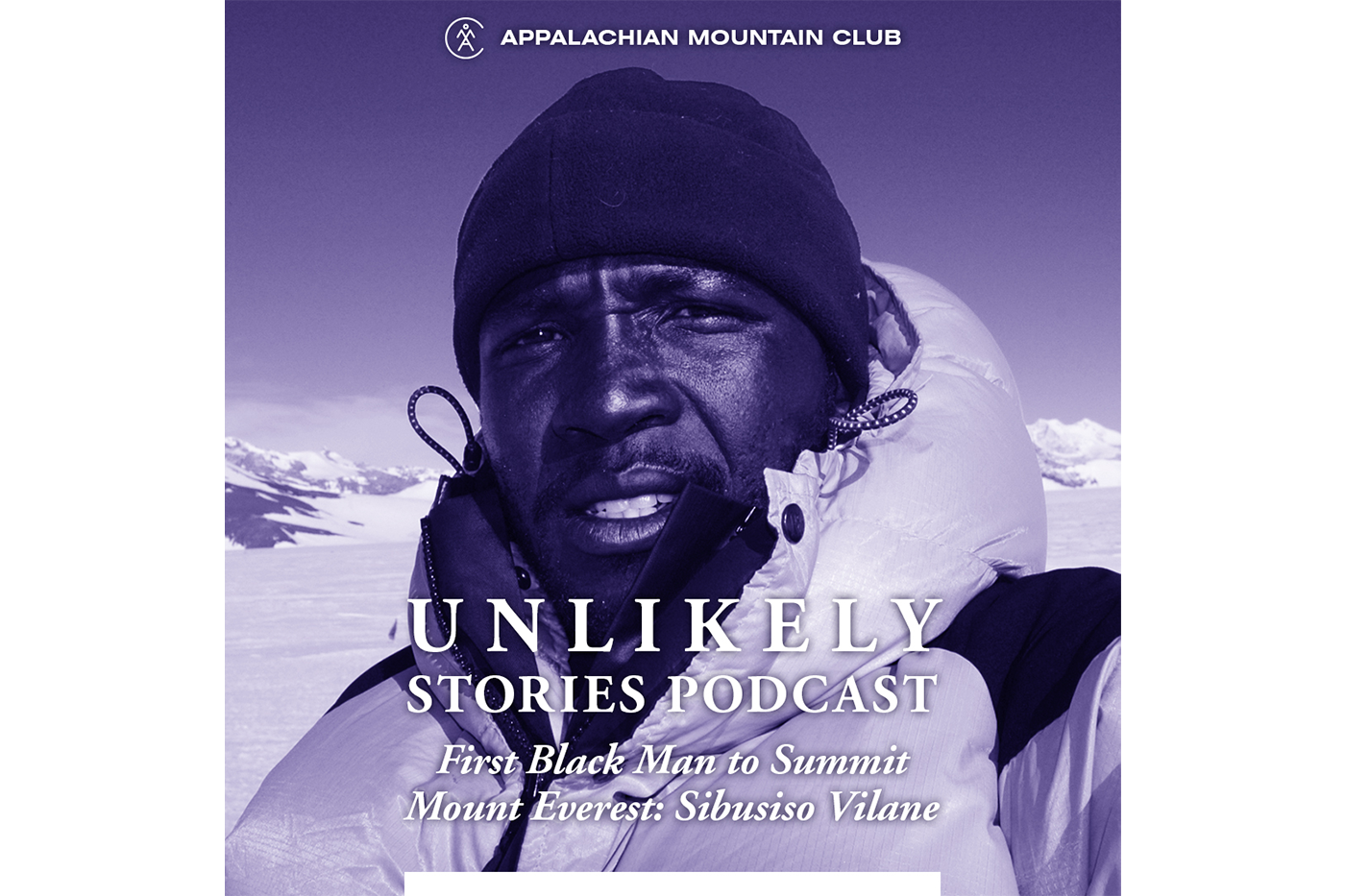 Growing up in rural South Africa, Sibusiso Vilane knew little of the world outside his own village. He had never hiked, never slept in a tent, never even seen a photo of some of the mountains he would later climb, yet on May 26, 2003, he became the first Black man to summit Mount Everest.

On this first episode of Unlikely Stories Podcast, Derick and Carly connect with Sibusiso to hear his inspiring tale of embracing opportunity—how a chance encounter with British High Commissioner John Doble introduced Vilane to the world of mountain climbing and a lifelong love of outdoors.

“I think there’s something that resonates with all of us, that makes us agree to such challenge, is having self-belief that we can do it,” says Vilane. “When I left Africa, I left with only determination and drive.”

Vilane has summited Everest twice—once in 2003 and again in 2005, when he returned to hike the North side to raise money for charity. He’s summited all seven of the highest peaks on each continent, and in 2008, he trekked to the South Pole, across snow and ice covering 111 kilometers in 65 days.

Vilane has not forgotten where he came from though and hosts annual hikes up Mount Kilimanjaro and raised money for charity for the Imbumba Foundation. He is an inspirational speaker, using his adventures to highlight the importance of and access to education, which he credits to his success on every excursion.

For the full episode, listen to Unlikely Stories Podcast here or on any platform that hosts podcasts.