Duck vs Goose Down: Which Is Superior? 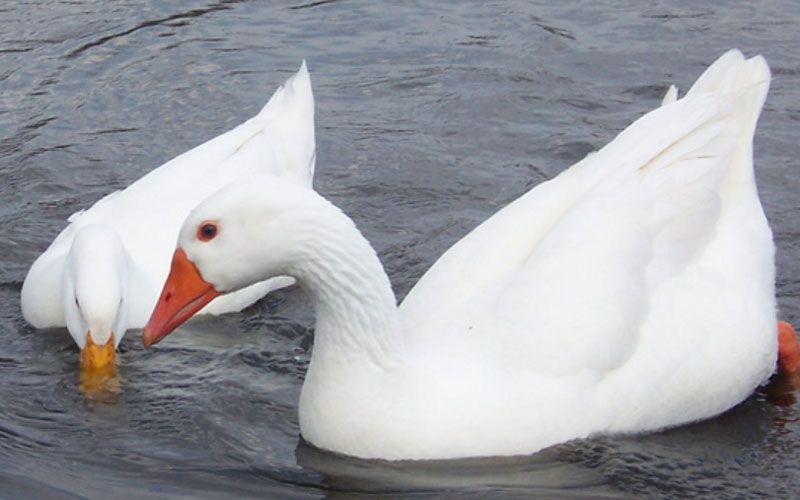 The price of goose down has soared over the past few years, a trend clearly evident in the world of sleeping bags and puffy jackets.

And, while exact numbers are hard to come by, I’ve noticed that many gear manufacturers have begun to use duck down instead of goose down in some of their sleeping bags and jackets. It’s a trend driven by the basics of supply and demand.

First, some quick background. Down is a byproduct of the meat industry, harvested from the birds when they are killed for food (primarily in China, where goose and duck are more commonly eaten). In recent years, demand for geese has declined even while demand for goose down has continued to rise. The result, of course, is that the price of goose down goes up in response to reduced supply and increased demand.

The growing cost of goose down led outdoor gear manufacturers to seek lower-cost alternatives to keep gear prices down, including synthetic-down hybrid insulations and a shift to more widely available duck down (not surprisingly, duck is more widely eaten worldwide than goose.)

So is there a meaningful difference between goose down and duck down?

The short answer: No.

Both types of down insulate equally well, and share essentially the same structure that makes down such an astonishingly good insulator. Both types maintain their loft and warmth for many years, if not decades, when properly cared for. So basically, don’t worry about which bird contributed to the puff of your outdoor gear.

The long answer: There are slight differences between the two types of down, but none that will meaningfully affect your experience.

The biggest difference between goose down and duck down only comes into play when you start looking at fill power, the measure of how puffy (and thus warm) a given amount of down is. (More specifically, fill power is the number of cubic inches an ounce of down occupies under standard laboratory conditions.)

To get down with a high fill power (roughly 750 and up) requires a higher percentage of large plumules, the wispy spherical structures of down that provide exceptional loft and warmth. And geese, being larger than ducks, are the only birds that produce sufficiently large plumules for high-end down.

The upshot being that high-end down products remain essentially dependent on goose down, and all of the pricing implications that come with it.

The other slight difference between the two types of down is odor. Because ducks are slung lower than geese, their bellies and chests (where down comes from) tend to acquire more odor from contact with the ground. While the down cleaning and treatment process removes the vast majority of this odor, some people with a particularly acute olfactory sense may be able to detect a difference. For most of us, however, this is a non-issue.