Jacket vs. Parka: What’s the Difference? 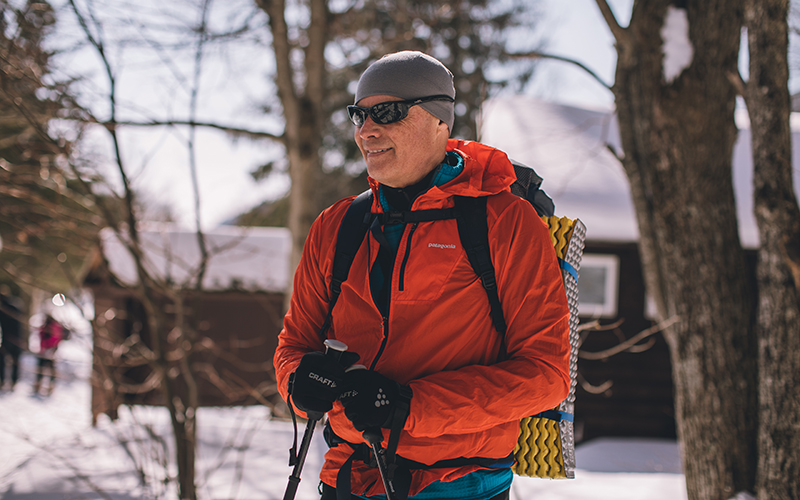 Paula ChampagneWhen discerning whether to put on a winter jacket vs. parka, think about the activity you will be engaging in.

Brrrr….the coldest season is upon us, and that means breaking out the warmer gear. When it comes to a nuclear furnace of warmth, few things compete with a super toasty jacket or parka on top of your winter layers. Which begs the question: What’s the difference between a winter jacket and parka, anyway?

The answer is straightforward: Parkas are longer than jackets and extend below the waist. Some parkas cover your entire backside and run down to the upper thighs or knees; others reach somewhere in between. Jackets, on the other hand, extend only to your waistline. Parkas almost always feature an insulated and often integrated (non-removable) hood; some jackets feature hoods, too, but you’ll need to double-check—it’s not a standard feature.

To Parka or to Jacket?

Because parkas provide insulation over more surface area, they’re generally warmer than jackets—though the amount of insulation will vary between different models. The warmest versions of parkas are a common choice for more extreme conditions—think deep Arctic cold.

Parkas also eliminate any potential coverage gap around your waistline, especially your lower back, which can be exposed if you bend forward while wearing a shorter jacket—a common problem if you’re tall or have a disproportionately long torso for your height (long-waisted).

The downside of parkas? They are bigger, bulkier, and heavier to carry if you’re packing them into the backcountry. For climbing and mountaineering, the extra length can also impede access to your harness and climbing gear, an area where jackets definitely win. A large parka hood can also uncomfortably lump up against a loaded pack when it’s not pulled up over your head.

One additional feature when choosing between jackets and parkas to consider is how easy it is to create a tight seal around your waist. Without one, cold air can enter your clothing system from below and potentially force warm air out, especially if gaps exist around your neck. Both jackets and parkas almost always feature an elastic drawstring around the bottom hem, though it’s more difficult to get a good seal around your lower backside and upper thighs. For this reason, many parkas also feature a separate internal drawcord for the waist.

Whether you’re hiking, skiing, or snowshoeing, you’ll most commonly use a parka or jacket for extra warmth only when you stop, rest, or are in camp (you’ll overheat quickly while traveling and wearing one). Consider buying a larger fitting garment that allows you to quickly throw it over all your other layers.

Remember also that jackets and parkas represent only the outermost layer in a full winter clothing system; the base layers and mid-layers you choose will make a huge difference in the overall warmth equation.

Most ultra-warm jackets and parkas use down for insulation, which lasts for decades without significant loss of warmth. Prices for a quality parka range dramatically, running anywhere from $300 to more than $1,000 for the most Arctic-ready gear; expect to pay roughly $250 to $500 for a durable, quality option. Jackets typically cost a bit less, but often not by much. For the latest reviews and recommendations for 2020 parkas and jackets, check out this great round-up from GearLab.