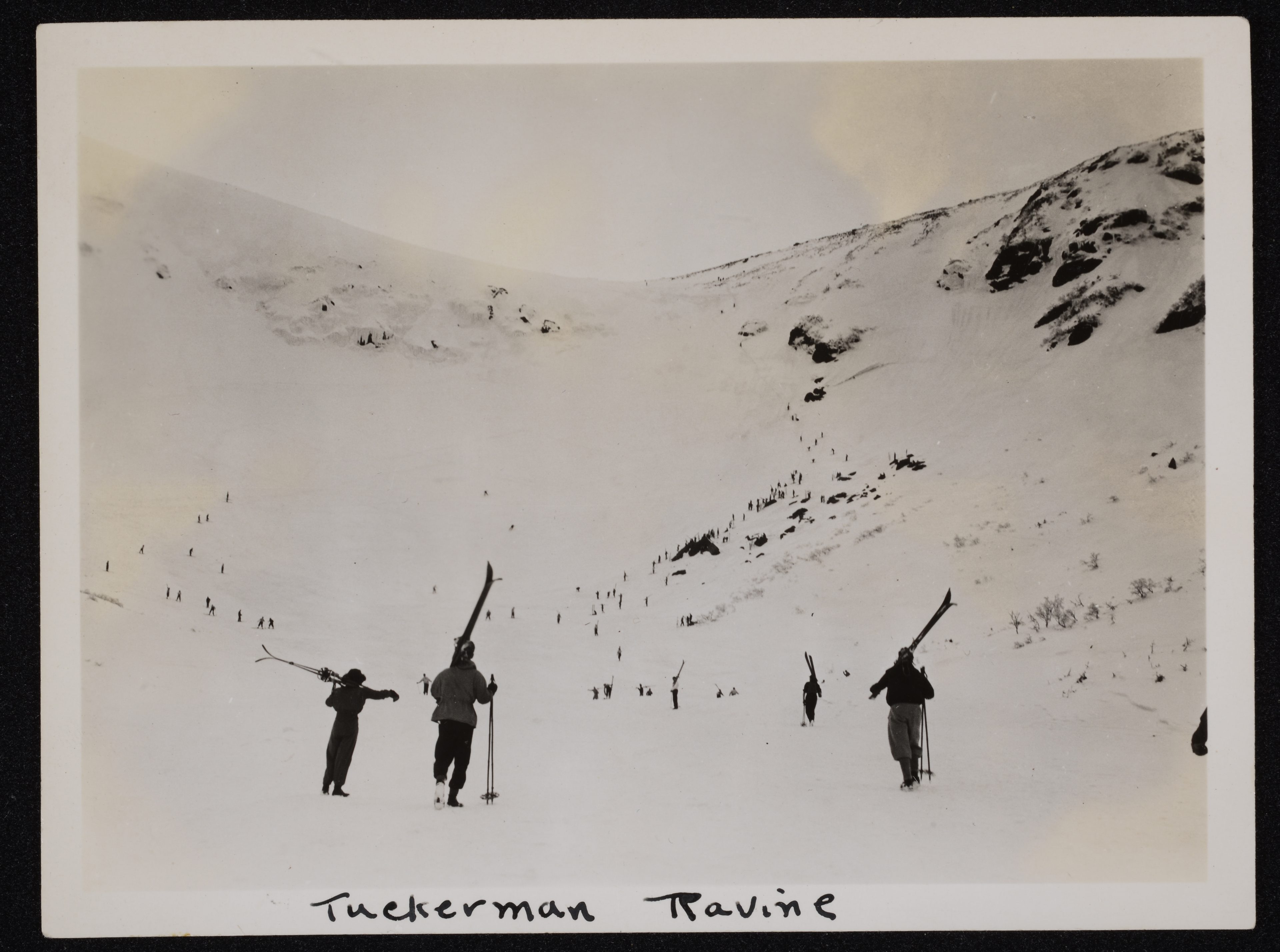 In The White Mountains: A Handbook for Travelers, a guidebook from the 1890’s, Tuckerman Ravine is described as “the most remarkable piece of scenery of this character in all of New England.” Today, Tuckerman Ravine remains one of the most famous destinations in the White Mountains, attracting tens of thousands of hikers and skiers each year. Located in the Presidential Range on the eastern side of Mount Washington, Tuckerman Ravine has an extensive history that begins with its formation during the Pleistocene epoch and continues with a visit from Henry David Thoreau, the expansion of ski trails, and the creation of the famous Inferno races.

Tuckerman Ravine was formed roughly two million years ago. It began as a piece of rock until an alpine glacier slid over the land, causing erosion. The glacier moved, carved and displaced rock as it slid, forming the famous glacial cirque as well as four distinct talus piles (or rock piles formed at the edge of a cliff.) These talus piles broke from the main formation and slid down the mountainside. 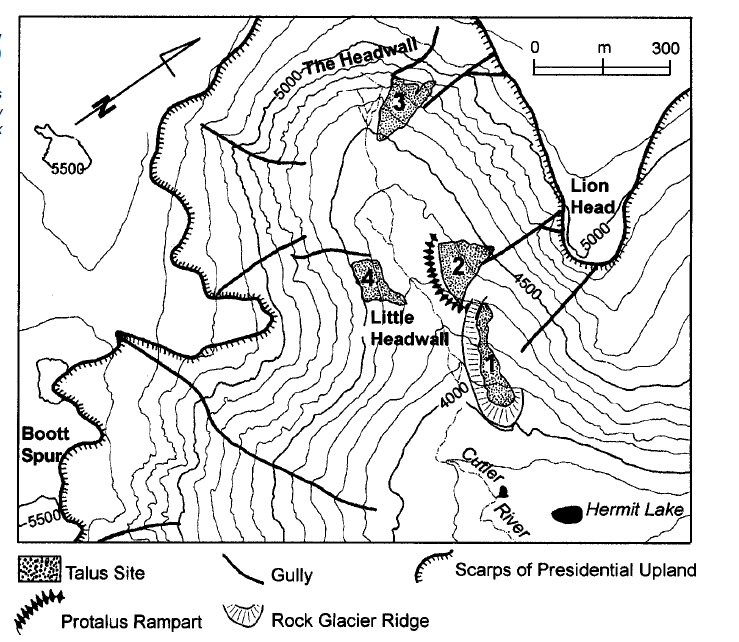 A map of the talus sites at Tuckerman Ravine

The Abenaki people, who were the original inhabitants of the region, called it “Agiocochook” – which translates to “Home of the Great Spirit.” In the 17th century, European surveyors began taking an interest in the area. In 1632, two Abenaki guides led Darby Field to make the first recorded ascent of Mount Washington. The exploration of this area continued throughout the 18th and 19th centuries.

Tuckerman Ravine is named after Edward Tuckerman, a 19th century botanist who conducted much of his alpine research in the area, focusing on the slopes of Mount Washington. Around the same time as Edward Tuckerman, Henry David Thoreau visited the area in 1858 with a guide, in search of the arnica plant and a few other plant species. This trip went slightly awry, with Thoreau spraining his ankle and his guide accidentally starting a fire on the floor of the ravine. In an account from Thoreau, “by carelessness in lighting a fire, some of the mountain woodland had been set on fire.” 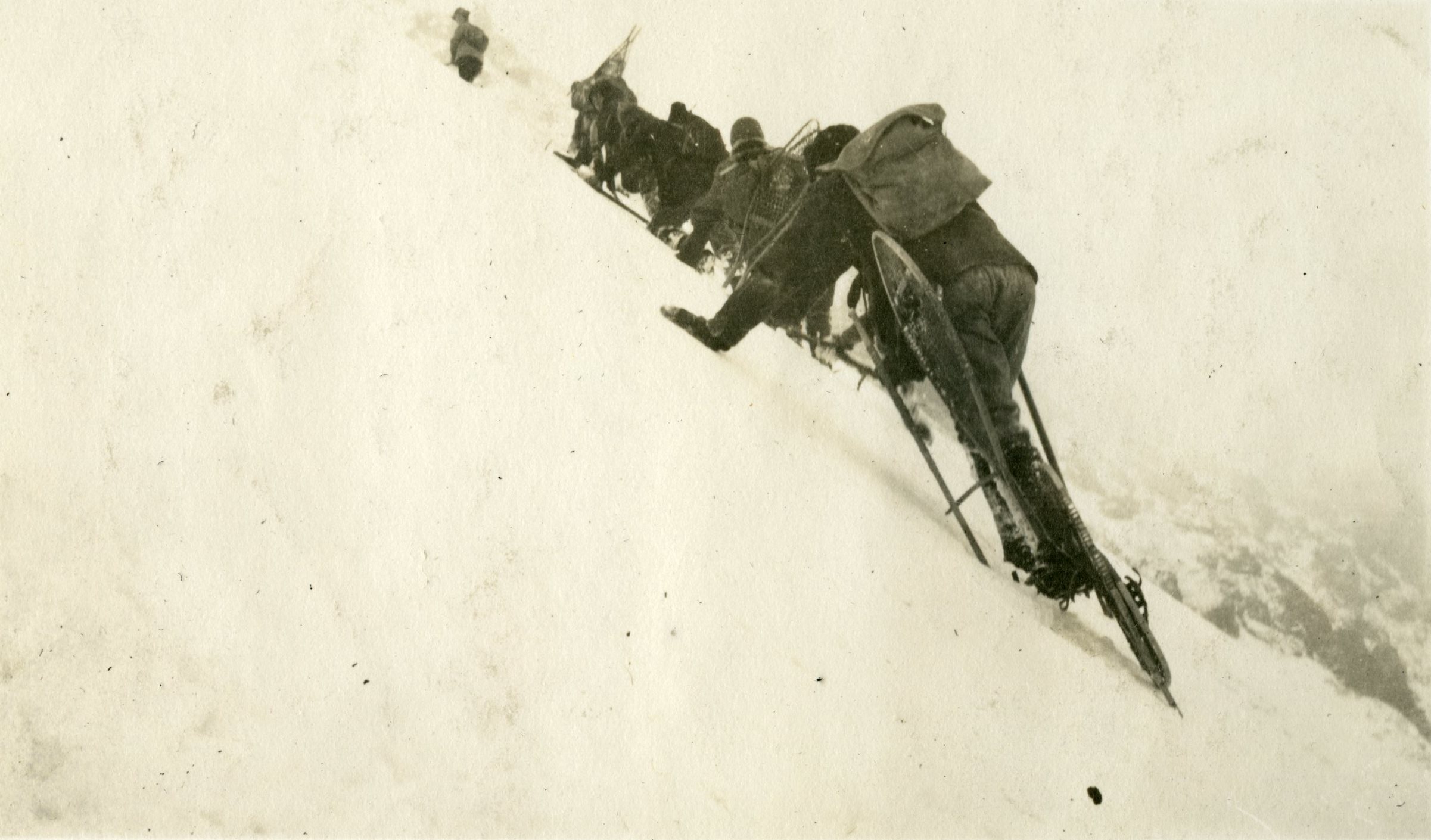 It was not until the early 20th century that Tuckerman Ravine was used for recreational ski purposes. In 1913, Fred Harris and two other members of the newly formed Dartmouth Outing Club (DOC) became the first people to ascend the mountain on skis. The DOC and similar clubs played an integral role in introducing hopeful skiers to the area and made suggestions to improve accessibility in the region – like plowing the roads through Pinkham Notch regularly. In 1922, Joe Dodge was appointed hut master of Pinkham Notch and introduced several other changes to make the region even more accessible. Most notable was his decision to keep the AMC Pinkham Notch Visitor Center open through the winter and year-round.

Joe Dodge was one of the most prominent skiers at the time and helped build new trails – turning this corner of the White Mountains into a ski mecca. On April 11, 1931, two Dartmouth skiers, John Carleton and Charley Proctor, became the first to ski over the headwall of the ravine. Charley Proctor would also become an influential figure in the creation of new trails. In 1933, he was hired by the Civilian Conservation Corps (CCC) to assist in building trails around Pinkham and Crawford Notch. The Wildcat Trail and the John Sherburne Trail were products of this effort, introducing the public to over 40 miles of new trails. 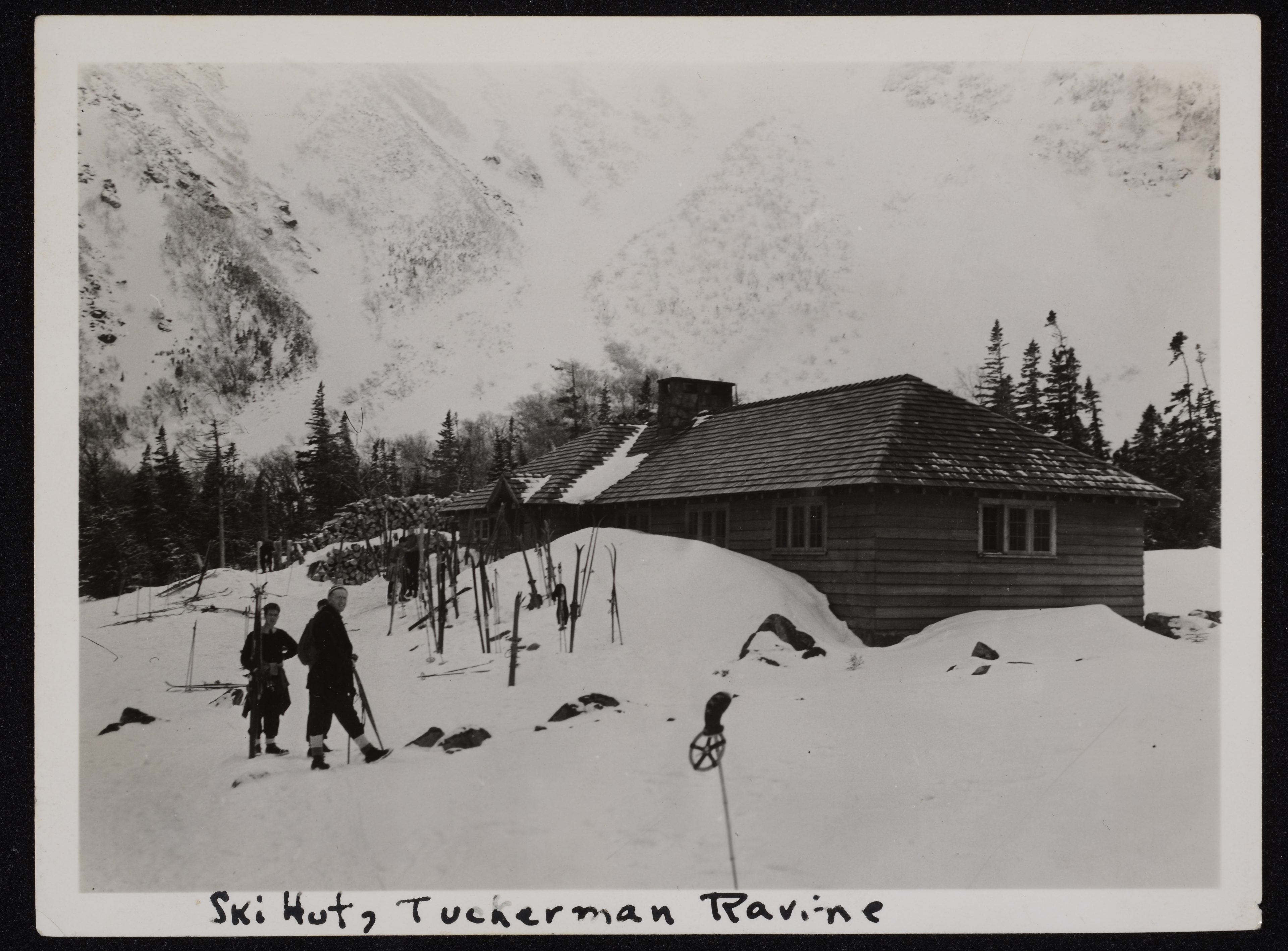 Throughout the 1930s, Tuckerman Ravine became an increasingly popular destination and skiing became a much more accessible sport due to new advances in technology. This decade also introduced three races that helped define the spirit of skiing at Tuckerman Ravine. The American Infernos, named after a similar race in Müren, Switzerland, were first suggested by the Hochgebirge Club, a group that was formed by several Harvard skiers. They had proposed a 4.2 mile race from the summit of Mount Washington to the base of the Pinkham Notch hut. The first Inferno took place in 1933 and was won by Hollis Phillips in fourteen minutes. The next race took place the following year and was won by Dick Durrance with a time of twelve minutes. The third and final race occurred in 1939 with 42 participants. The winner of this race, Toni Matt, made history by skiing straight over the headwall and down the steepest part of the ravine, finishing the course in just six minutes. 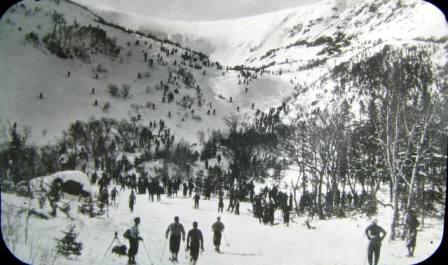 In later decades, the ski trails near Tuckerman Ravine continued to expand and the popularity of the area continued to grow. In the 1940s and 1950s, Brooks Dodge, the son of Joe Dodge, followed in his father’s footsteps by pioneering a dozen new routes. Throughout the 1960s and 1970s, New England skiers arrived at Tuckerman in record numbers. In the early 2000s, the Friends of Tuckerman Ravine revived the original Inferno by hosting the first annual Tuckerman Inferno Pentathlon, a 36-mile course that begins in the Mount Washington Valley and ends at the base of Tuckerman. Participants must run 8.3 miles, kayak 6 miles, bike 18 miles, hike 3 miles to the summit of Tuckerman, and then ski back down. This race still exists today and the number of skiers traveling to Tuckerman Ravine continues to grow. 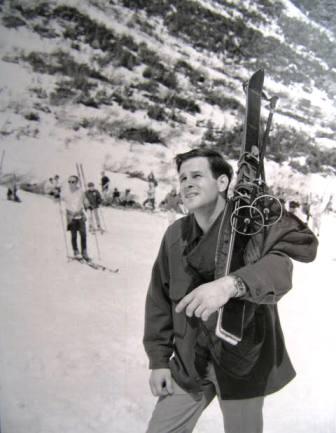 AMC Library & ArchivesSkiers in Tuckerman Ravine in the 1960s