The arrival of spring has brought many new changes to our environments: flowers are in bloom, trees are growing leaves, and animals are arriving in our backyards.

Here are a few of the common plants and animals you’ll see in the Northeast this spring and some fun facts about them. 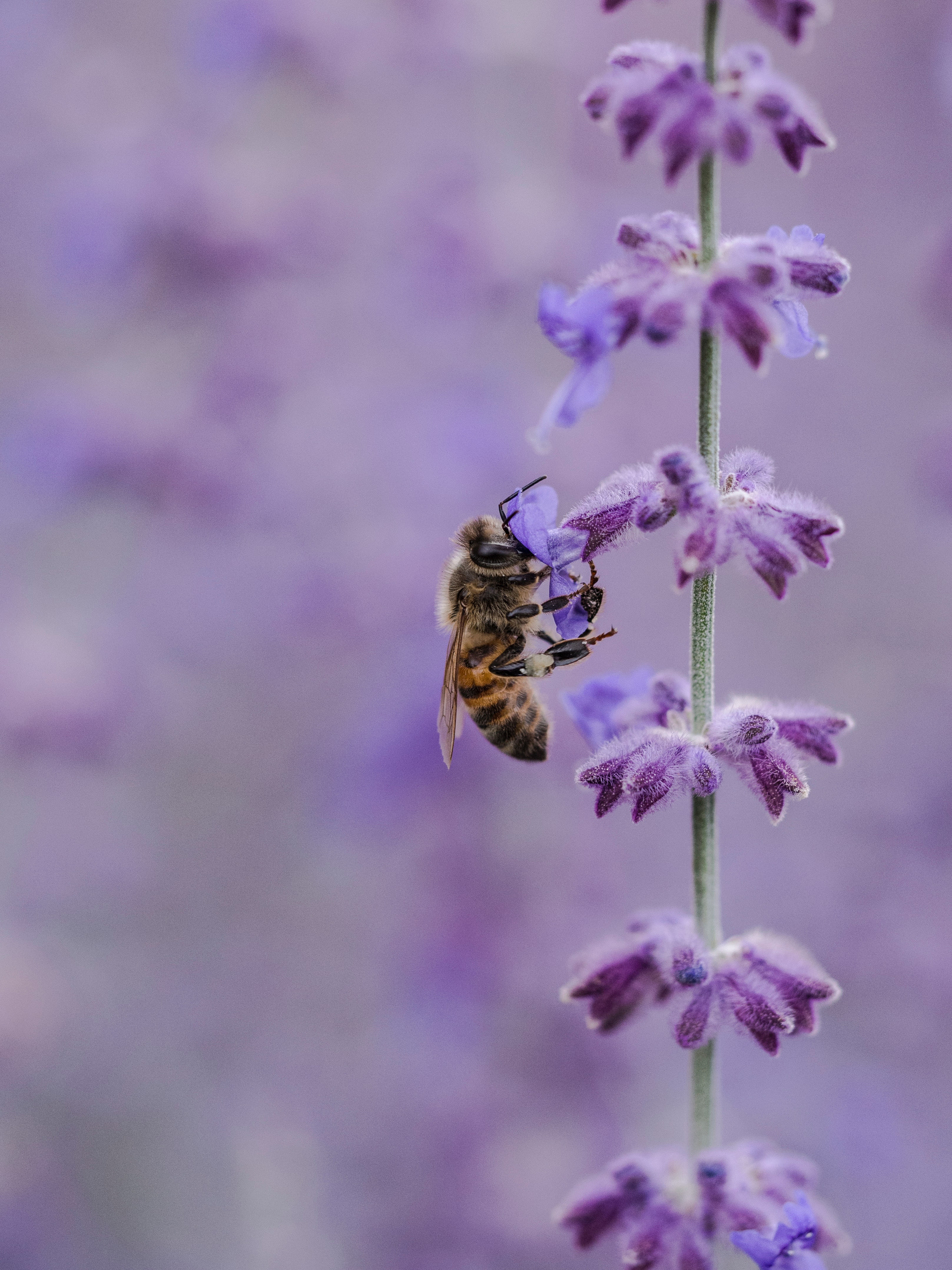 Honeybees communicate with their colonies by dancing. In order to transfer information about flower location, a honeybee will waggle its body. The waggle dance tells two pieces of information about a flower patch: the distance and the direction away from the hive. To communicate the distance, a dancing bee will waggle back and forth as it moves forward in a straight line, then it circles around to repeat the dance. The length of the straight line shows roughly the distance between the beehive and the flower patch. To determine the direction, bees use the position of the sun. The angle with which they dance away from the sun shows roughly the direction to the food source. You can learn more about the waggle dance here. 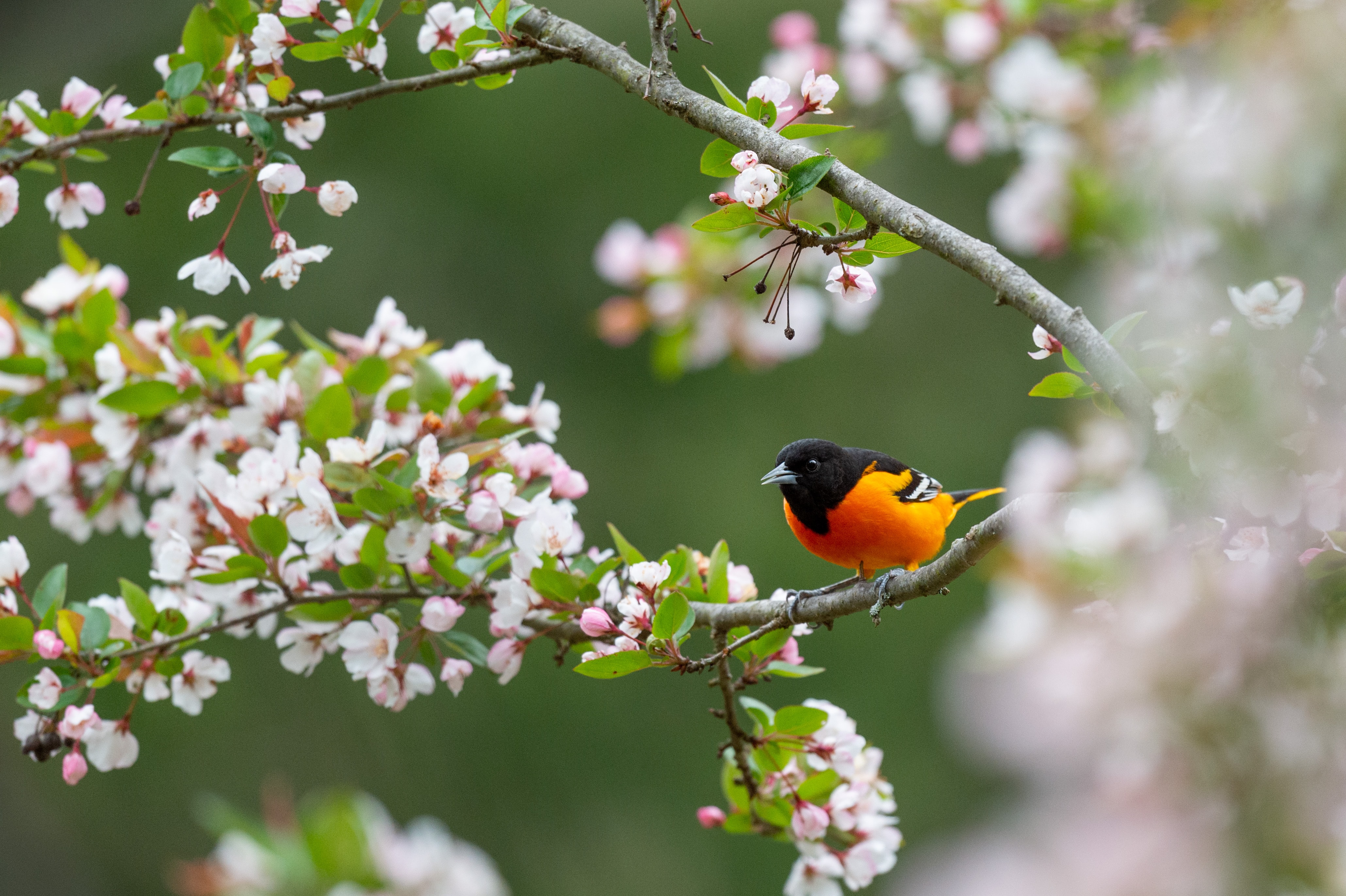 The Baltimore Oriole is named for its orange and black plumage – the same colors as the coat of arms of 17th-century Lord Baltimore. Unlike many other birds, Baltimore Orioles seem to prefer only ripe, dark-colored fruit. They will often pass up green grapes and yellow cherries for their darker counterparts, purple grapes and red cherries. The Baltimore Oriole can be found in parks, yards, farm fields, and other open areas. 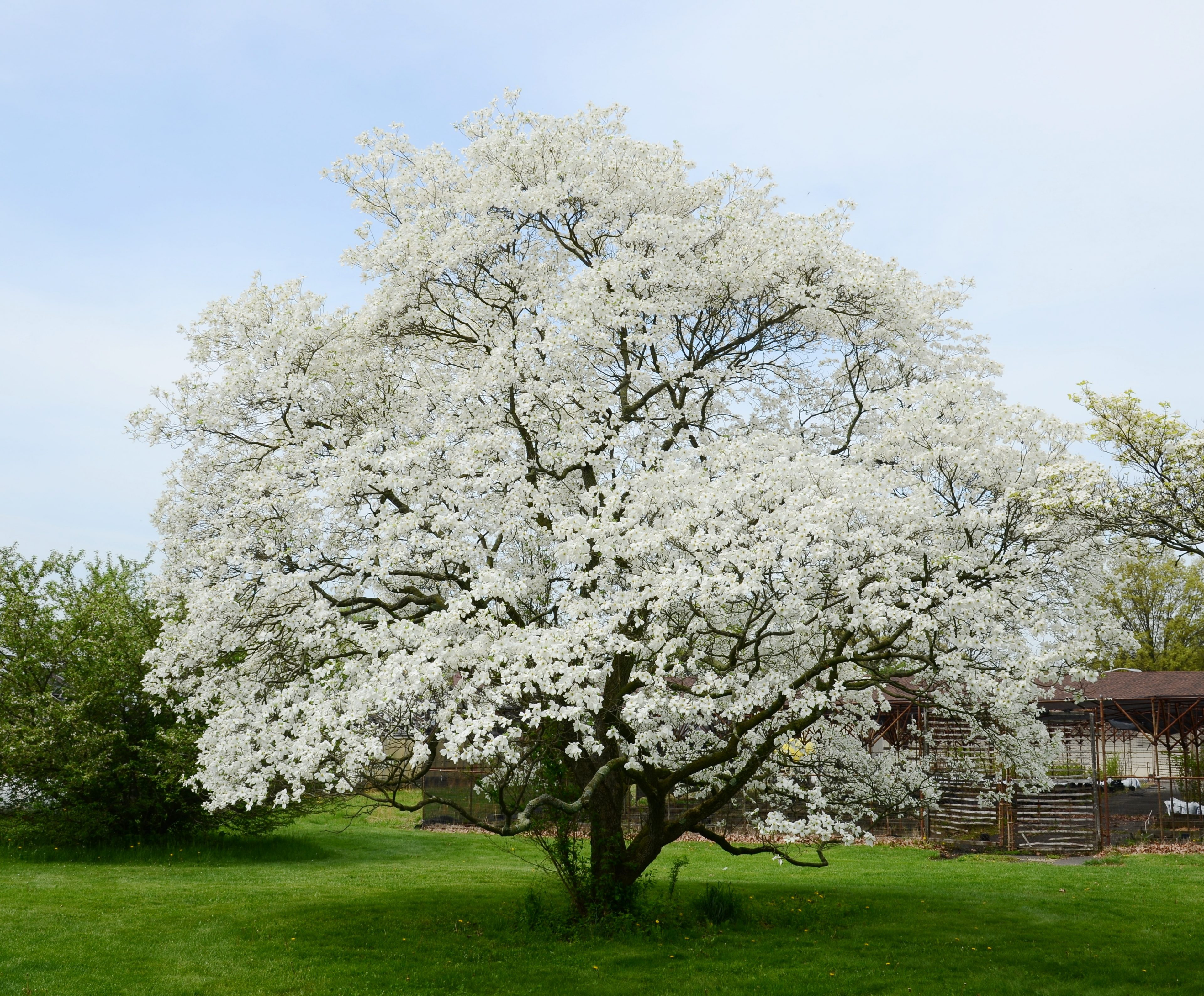 The flowering dogwood tree can be found in several neighborhoods of the Northeast. Its name is derived from “dagwood,” which refers to the tree’s earliest use as materials for making swords and daggers. Some of America’s founding fathers are very fond of the dogwood tree: George Washington planted them at Mount Vernon and Thomas Jefferson planted them at Monticello. 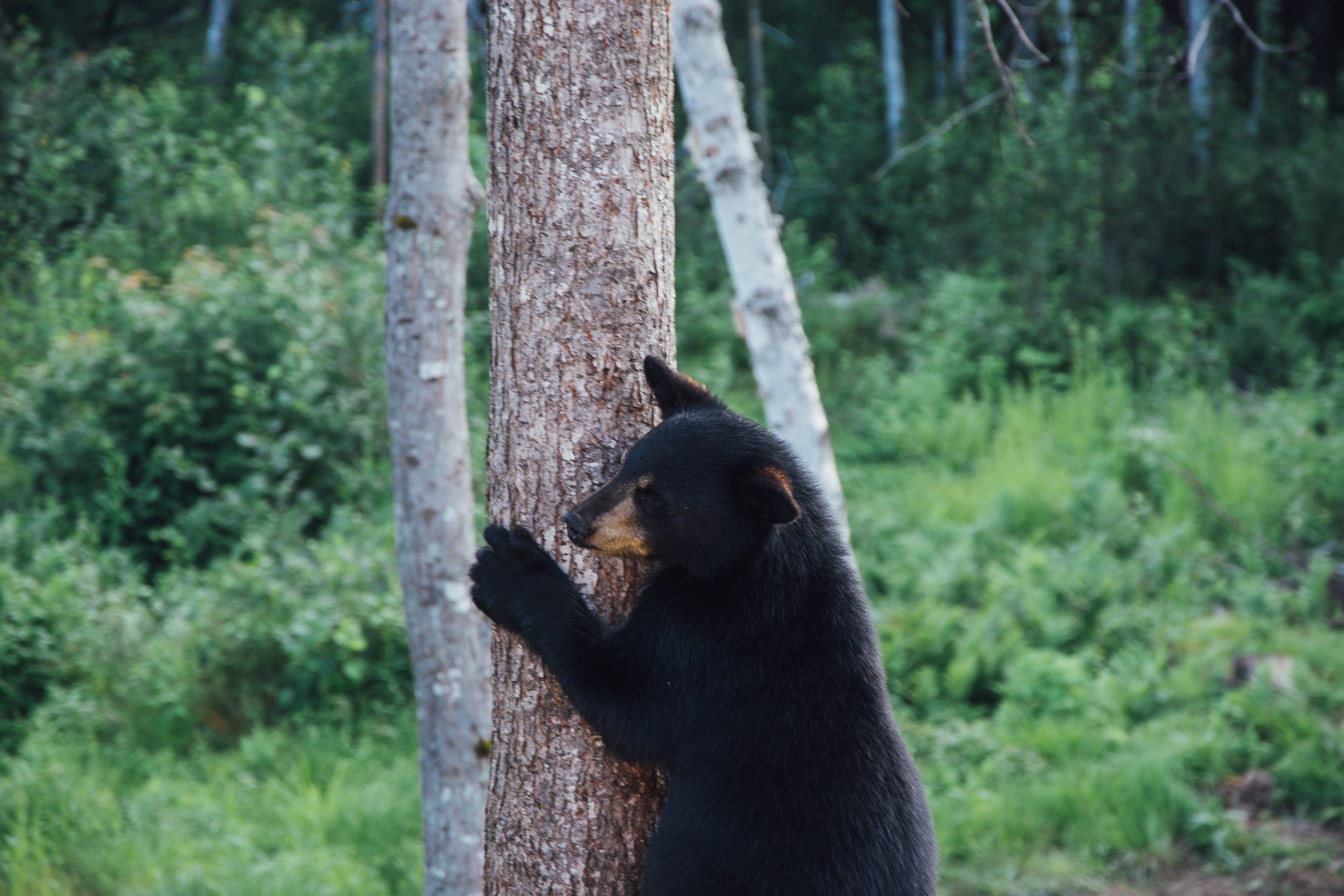 Black bears can be found in at least 40 states in the United States. Those in the Northeast region will usually begin hibernating between early November and mid-December. However, bears are not necessarily asleep the entire time they hibernate: they can be roused during this time. Amazingly, females can even give birth in mid to late January and nurse their cubs throughout the rest of the winter. Bears have increasingly been waking up earlier from hibernation, due to warming temperatures that signal spring. However, when they wake up early, traditional spring food sources like berries and seeds are not readily available for them. Thus, they are forced to venture closer to human populations for food. 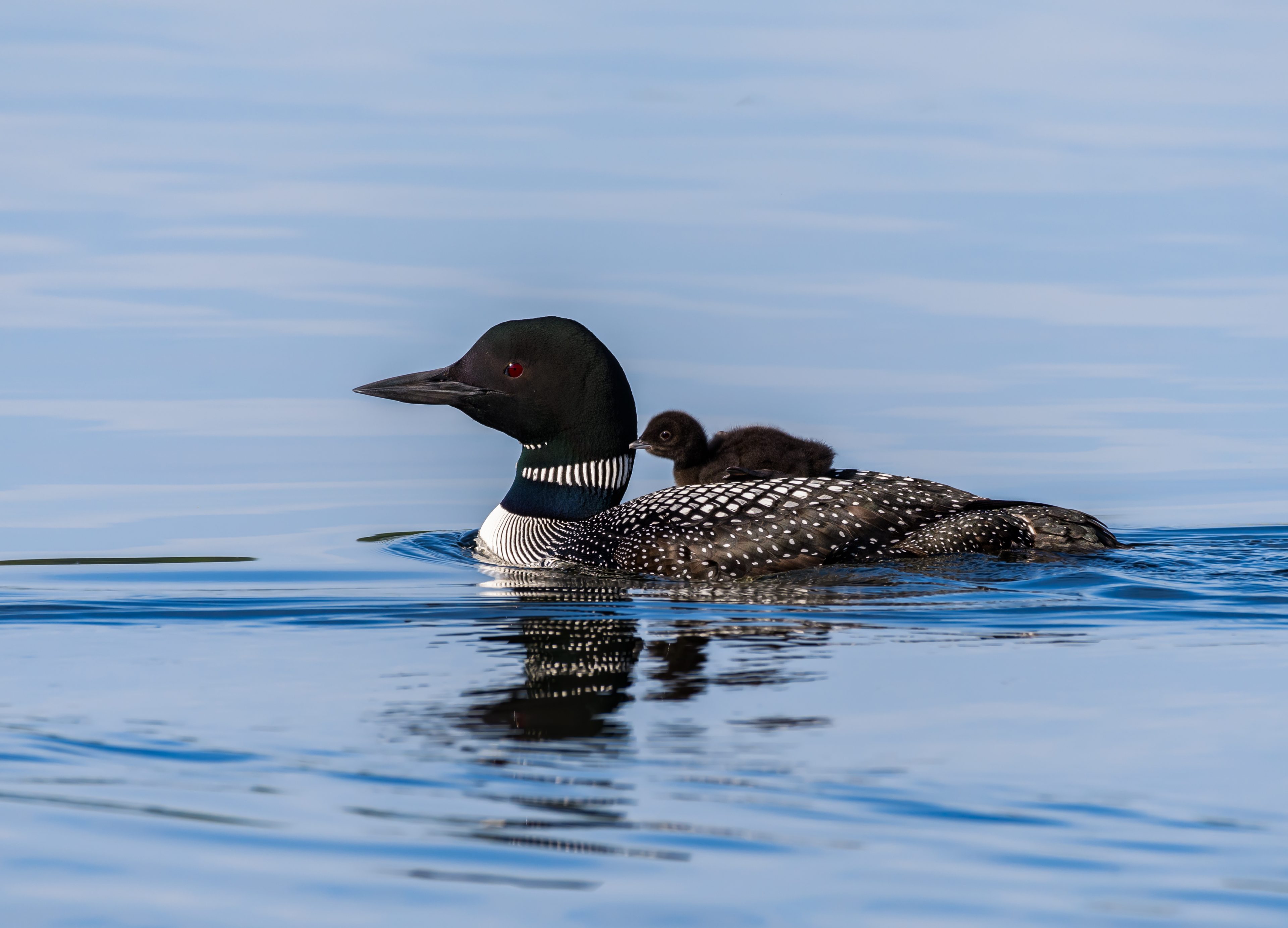 The Common Loon can be found on lakes in the northernmost parts of the United States, particularly in Maine. The loon is a water bird, only going on shore to mate and incubate eggs. In fact, the loon is quite clumsy on land, which is how it got its name. Its legs are located far to the rear of its body, making it difficult to balance. In water, however, loons are adept divers. They can plunge over 200 feet below the water’s surface. 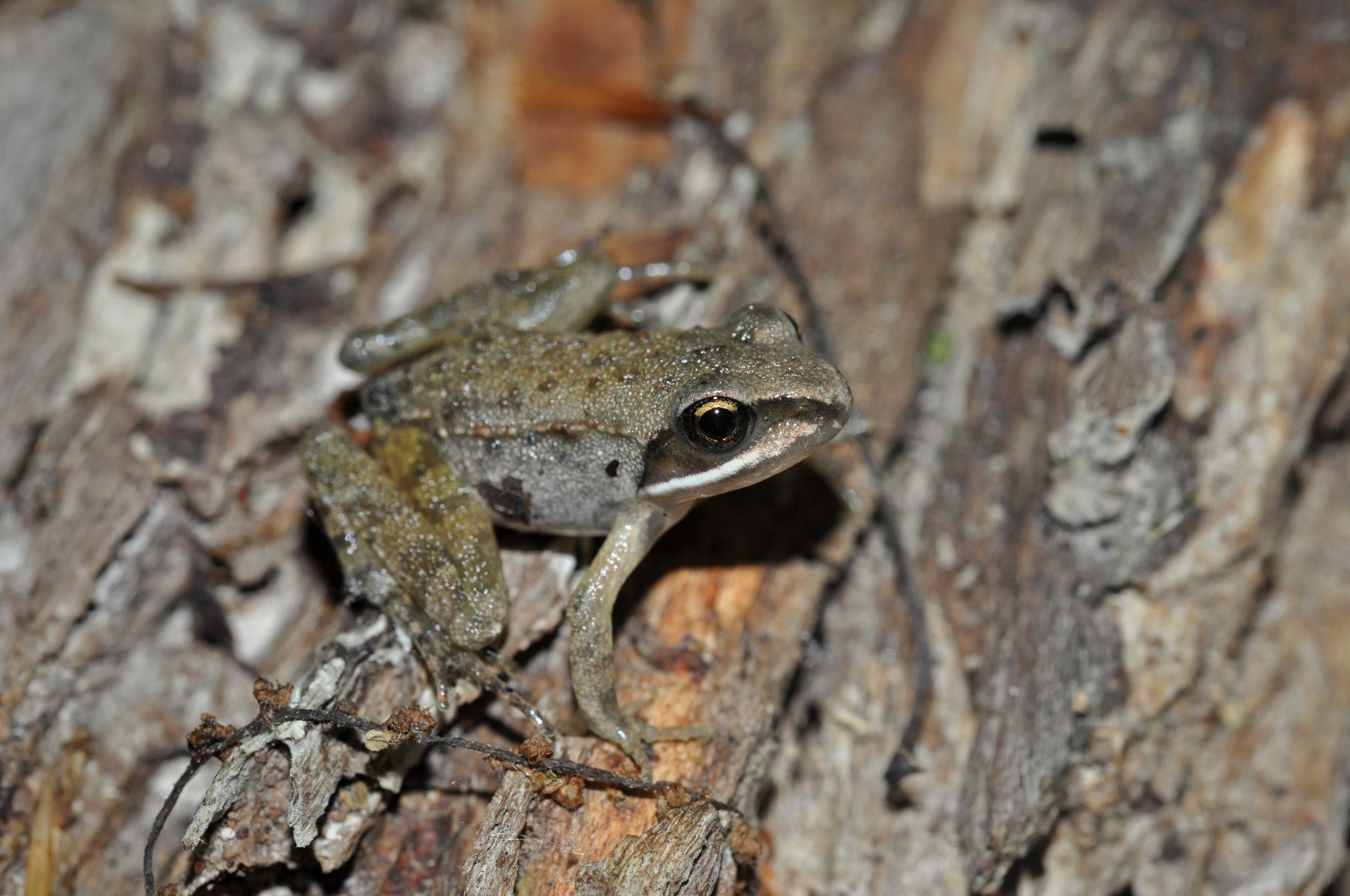 Wood frogs usually live in woodlands and lay eggs in vernal pools. A female wood frog can lay an egg mass with as many as 1,000 eggs. In about a week, the egg mass floats to the surface of the water and the gel that surrounds the egg mass turns green, camouflaging the eggs. Among other amphibian creatures, wood frogs are the species best able to recognize their family. Tadpole siblings have been found to seek each other out, even when among other tadpoles. 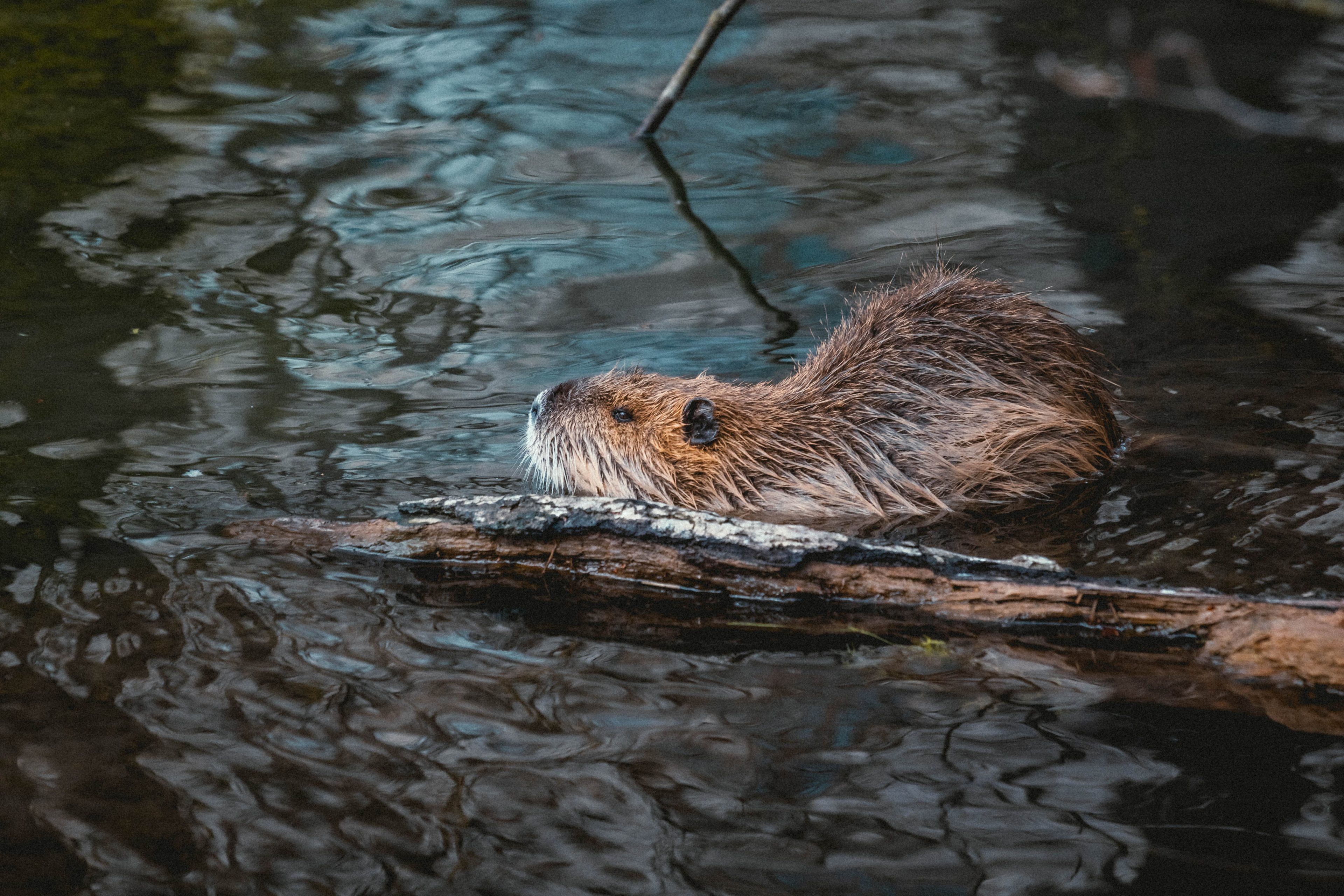 Beavers are found in or around freshwater ponds, lakes, rivers, marshes, or swamps. The beaver is the second-largest rodent in the world, after the capybara. Beavers have powerful jaws and strong teeth (their upper incisors can grow to 20 to 25mm long) that allow them to construct and change their environments quickly. They can cut down trees, build dams, dig canals, and construct lodges, giving meaning to the expression “busy as a beaver.” 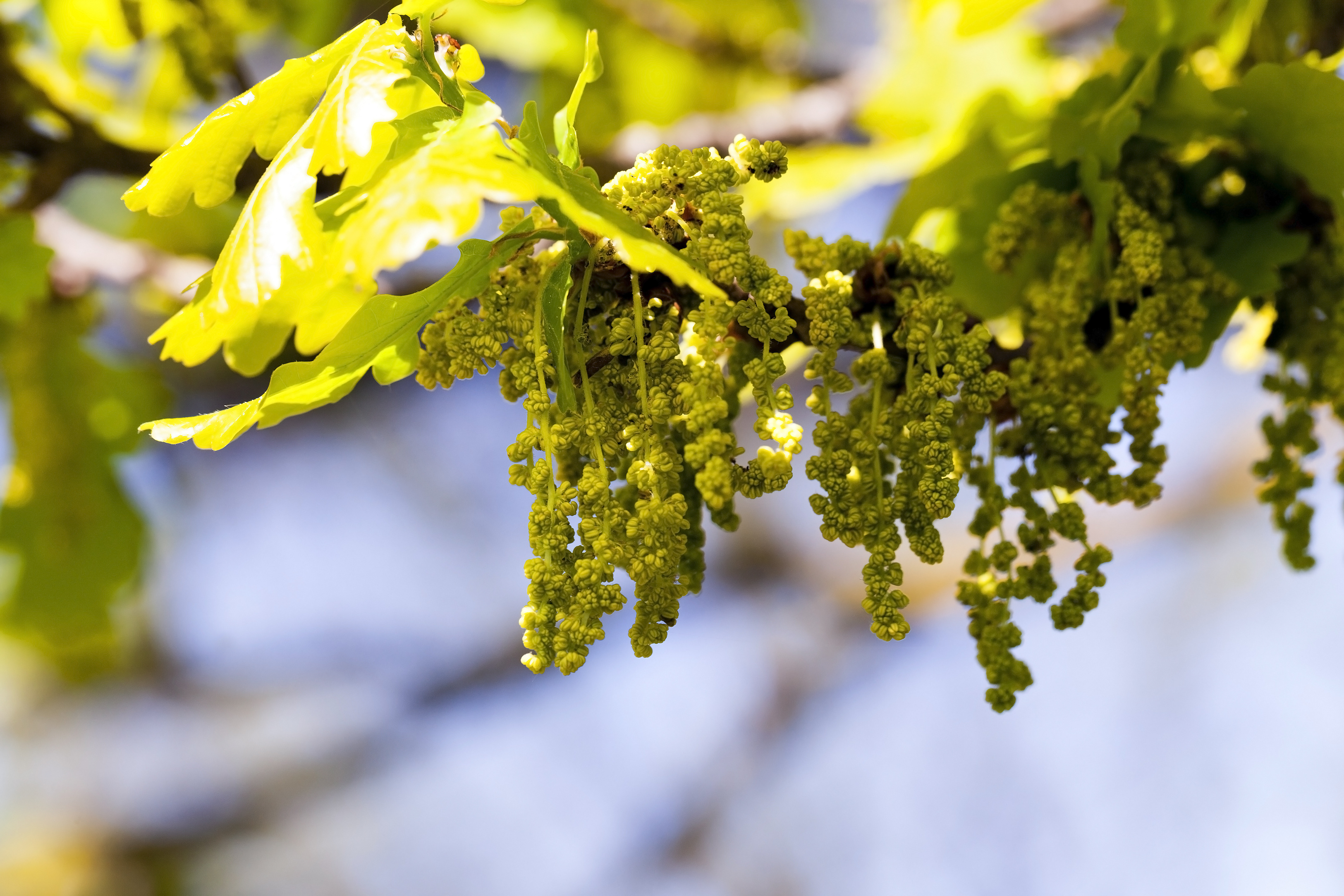 The “tassels” that drop from an oak tree are called catkins. Catkins are made of male flowers that release pollen. This pollen gets carried by the wind to female flowers. If all goes according to plan, the female flowers will then develop into the acorns that are the seeds of the oak tree. 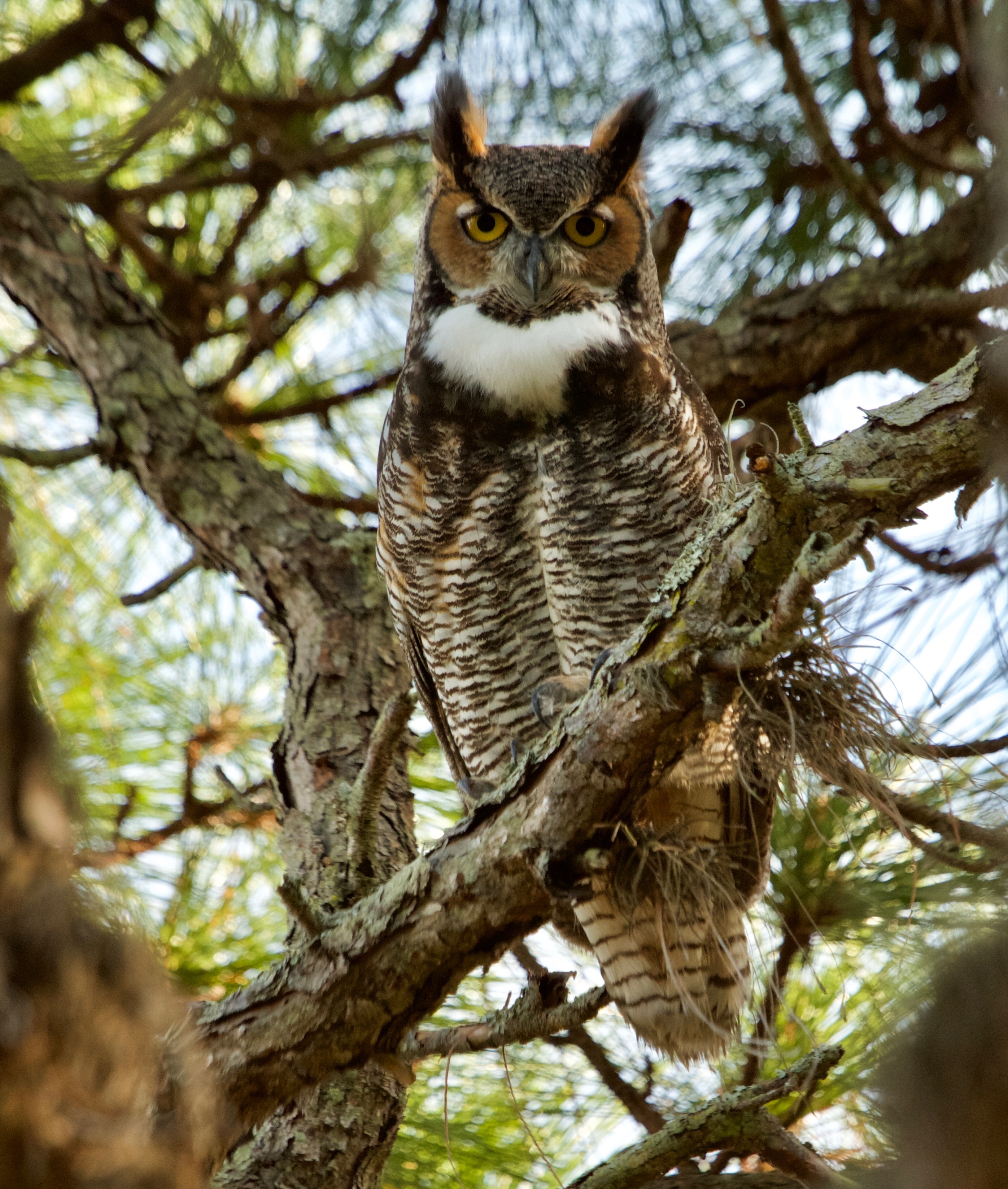 The Great Horned Owl is one of the most common owls in North America. It can be found in almost any semi-open habitat, including backyards and cities. The Great Horned Owl has excellent senses. It has large eyes and pupils that open widely in the dark, giving it phenomenal night vision. However, its eyes never move in their sockets. Instead, the Great Horned Owl can swivel its head more than 180 degrees to look in any direction. It also has sensitive hearing due to the facial disc feathers that direct sound waves to its ears. Its sense of hearing is so acute that it can detect a mouse stepping on a twig from 75 feet (23 meters) away. 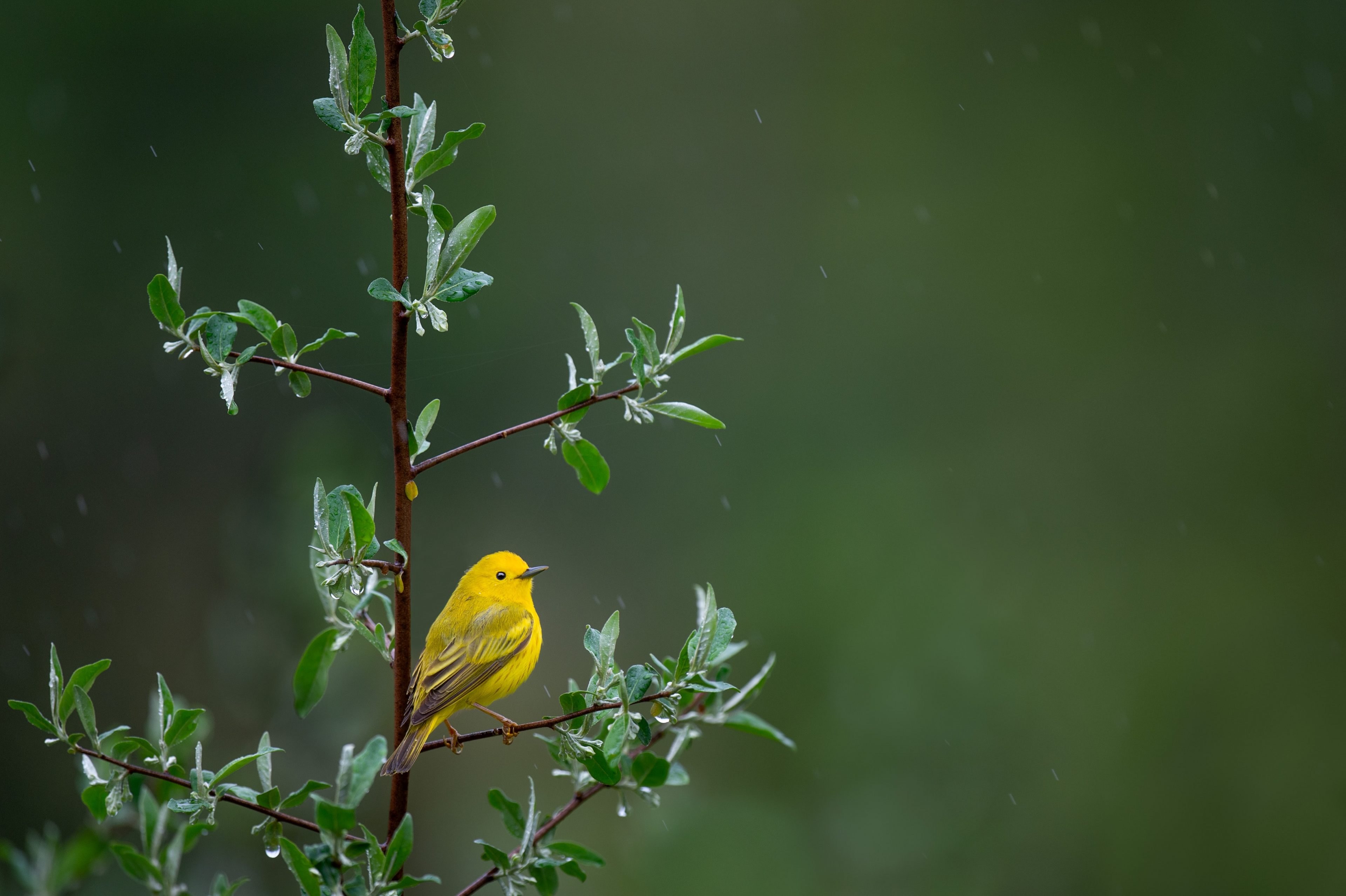 The Yellow Warbler is one of the most common warblers in North America. It is typically found along streams, wetlands, and fields. Yellow Warblers go through a rather elaborate mating process. The male warbler will spend one to four days courting a female warbler, and it will sing up to 3,240 songs a day to attract her. Once the pair of warblers are together, they will build a nest. 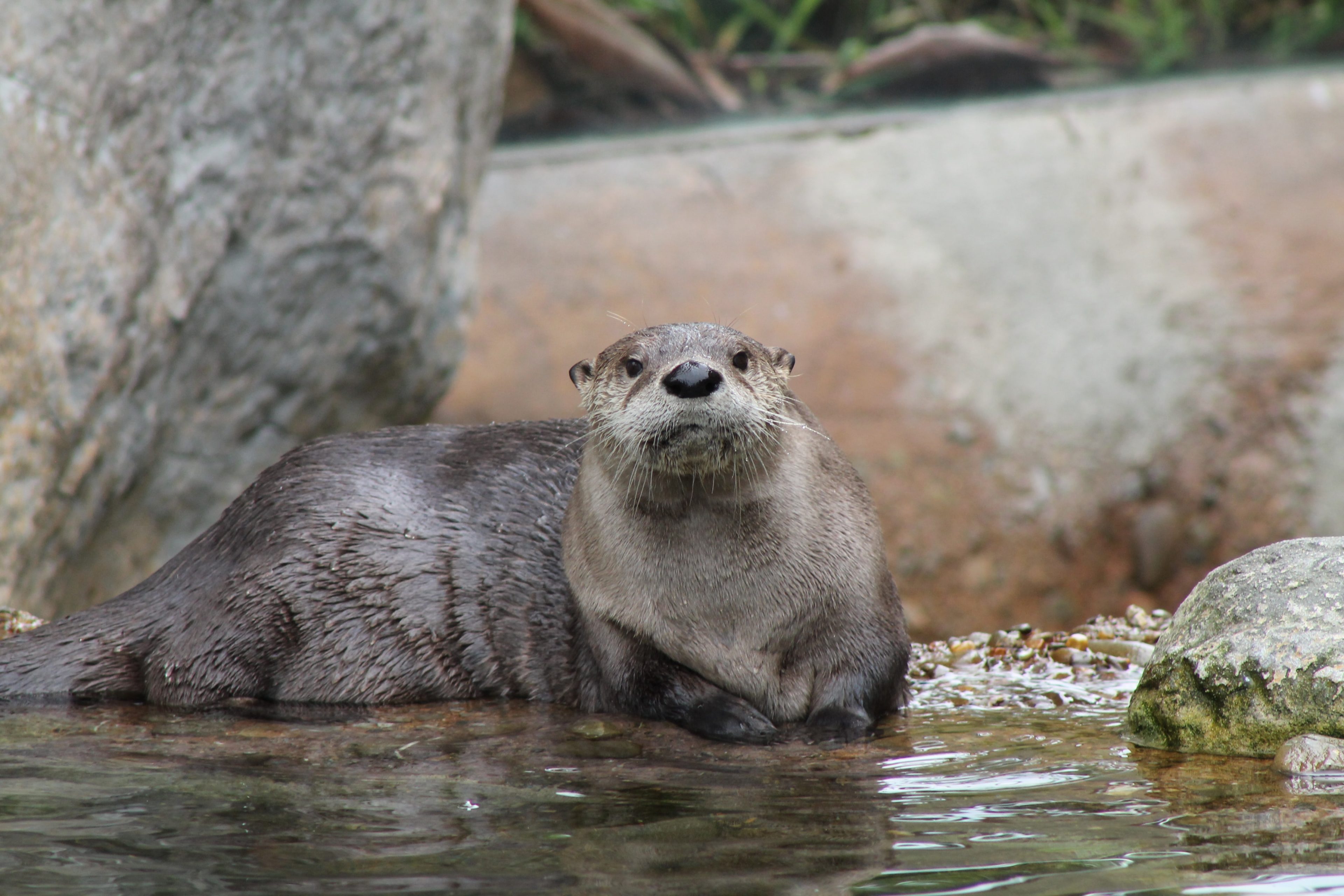 Known for its playfulness and athleticism, the North American River Otter can be found in almost any water habitat – ponds, marshes, lakes, rivers, and swamps. This otter is well adapted for a semi-aquatic lifestyle. It has thick, protective fur to keep it warm in cold waters, webbed feet for faster swimming, a narrow body to streamline movement, and a long tail that propels it through the water. North American River Otters can stay underwater for as long as eight minutes.