Electric Vehicles Are More Affordable Than Ever. Here’s Why. 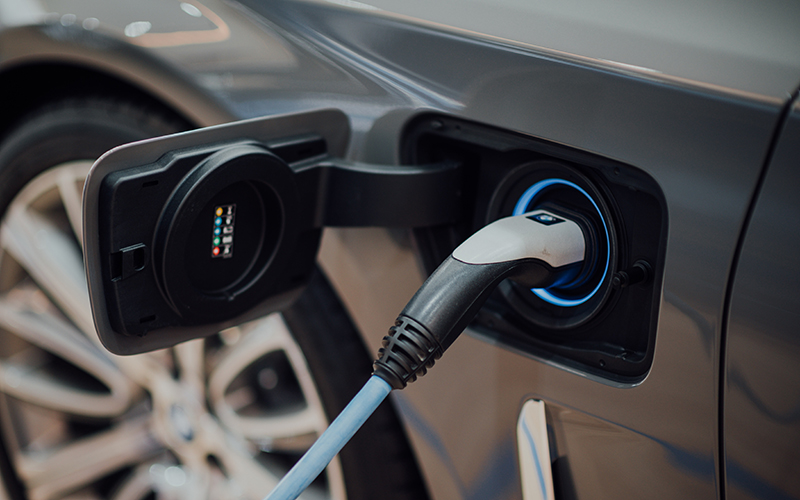 Chuttersnap via UnsplashOwning electric vehicles is easier and cheaper than ever, in part because of more efficient and quicker-charging batteries.

A more sustainable future on the roadways is closer than ever.

Many states are setting ambitious goals to reduce greenhouse gas emissions, and, in a major announcement at the end of January, General Motors (GM) committed to phasing out gasoline-powered cars by 2035. That makes GM the first major American automaker to make a commit entirely to EVs, following suit of some European manufacturers, such as Volkswagen and Daimler (the company that makes Mercedes-Benz).

The transportation sector contributes roughly 40 percent of all CO2emissions in the Northeast, so electric vehicles (EVs) provide a lower emission option than traditional gasoline-powered vehicles.

“There are emissions associated with [EVs], but the fact of the matter is that the [power] grid is getting cleaner every day [and] more and more states are coming out with stronger renewable standards that utilities have to meet,” says Arcadia Lee, AMC’s Ken Kimball Research Fellow, who has been working on the organization’s net-zero initiative to reduce carbon emissions.

While studies have shown that EVs are already cheaper than gasoline-powered cars when service and fuel costs are factored in, their traditionally high sticker prices have kept consumers from the making the switch.

But over the last decade, the average retail price of EVs has steadily dropped, signaling the EV revolution may be closer than originally thought.

A Bloomberg New Energy Finance (NEF) report from late 2020 found that the average price of EV batteries, which can comprise more than 20 to 30 percent of the vehicle’s cost, now costs just $137 per kilowatt hour (the standard unit for measuring battery prices)—an 89 percent drop since 2010.

The report predicts that figure could go as low as $100 per kilowatt hour by 2023, bringing EVs comparable in price to gasoline-powered vehicles—even without any government incentives for buyers. 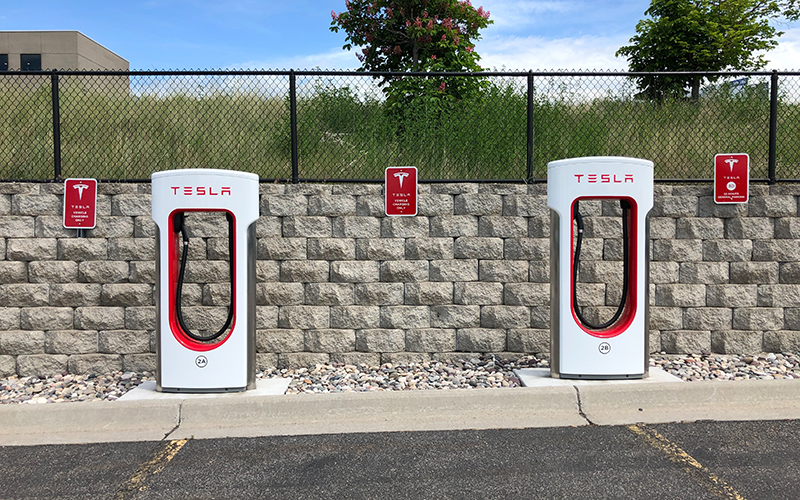 Chad Russell via PexelsAdvancements in battery charging technology—not to mention the increased prevalence of charging stations—is contributing to a surge in electric vehicle sales.

The Bloomberg NEF report identified three reasons that contributed to the drop in EV battery prices: an increase in the size of orders, overall growth in EV sales, and new battery designs. The first two reasons for the price drop translate to a simple question of manufacturing efficiency—if more consumers are interested in buying EVs, the cost to manufacture them goes down.

So, how has EV technology improved to attract more consumers to make the switch? Lee explains that the automobile industry has historically faced three main barriers to convincing customers to buy EVs.

The first of these reasons is what is known in the automobile industry as “range anxiety.” EVs typically have a range of only a few hundred miles on a full charge, which understandably makes longer trips more difficult with the looming risk of not making it to the destination.

While solutions like putting more than one battery in EVs have been proposed, the main solution to range anxiety is to install charging stations. AMC has helped work toward this goal by installing charging stations at Pinkham Notch Visitor Center, the Highland Center, and Cardigan Lodge, with hopes to install more at lodging destinations in the future.

“A lot of our guests and our members [have said] that they’d like to see more charging stations, not only at our facilities, but also en route to the facilities between where they live and our locations,” Lee says. “They can’t make the drive up from their home without having to charge it or they might not have access to a charging station.”

But that still isn’t a perfect solution, since many models take several hours to charge fully. That has been the second barrier: slow charging speeds. “It might not be worth the trouble if you have to stand there and wait 12 hours for your car to charge,” Lee said.

Fast-changing technology may make charging an EV almost as quick as filling up a tank of gas. Depending on the charging station and the battery, many newer cars can charge in under an hour. And StoreDot, an Israeli company, recently announced its production of batteries that can charge in five minutes.

With more charging stations that fill batteries faster, the last barrier has been consumer education, Lee explains. That means explaining to drivers that finding a charging station is easier than ever. Fortunately, several helpful tools—like the U.S. Department of Energy’s locator tool and the PlugShare app—already exist to help EV drivers find charging stations along their routes. 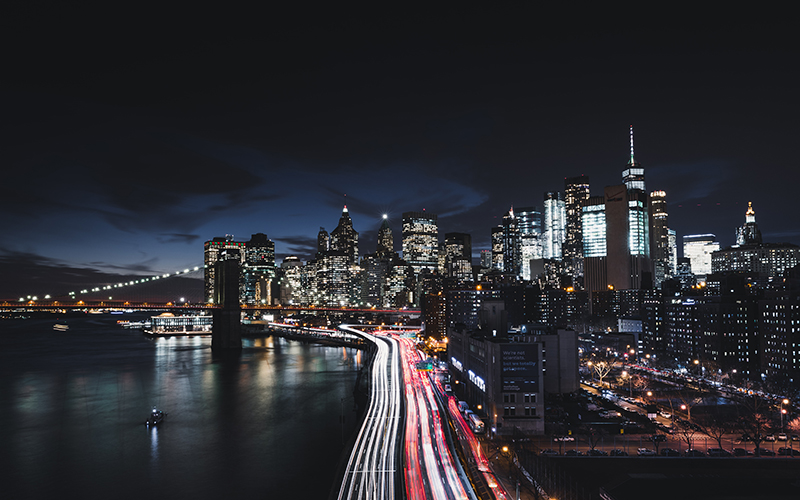 Luke Stackpoole via UnsplashReplacing gas-powered vehicles with electric vehicles will result in cleaner air in cities like New York.

At the same time, researchers are also discovering cheaper solutions to manufacture batteries. Nearly all EVs run on lithium-ion batteries—the same kind of battery in your laptop and phone—but the exact design can be modified.

Inside the battery, a chemical reaction produces an electric current as two pieces of material, the anode and the cathode, exchange charged particles via a solution known as the electrolyte. Scientists have been looking at these components to make batteries not only better performing (like fast charging technology), but also cheaper to produce.

Toyota, for example, has announced it expects to put EVs with a new type of design on the market by 2025. These batteries, called solid-state batteries because they have a solid, ceramic electrolyte instead of a liquid or gel solution, could be 40 percent cheaper to produce, according to the Bloomberg NEF report.

General Motors, too, has developed what they call “Ultium” battery technology. With a lower level of cobalt, one of the more expensive raw materials that often goes into batteries, and an optimized design for storing charge, GM believes the Ultium batteries will help them hit their 2035 target of selling only electric vehicles in the U.S.

And researchers at Pennsylvania State University have shown that a cheaper and safer type of lithium-ion battery containing lithium iron phosphate performs better when heated up compared to traditional nickel-based lithium-ion batteries.

These emerging technologies will only help drive the cost of EV batteries down even further. “You need the demand in order to motivate the industry to try and find cheaper solutions,” Lee said.