How Changing Winters in the Northeast Affect Black Bears 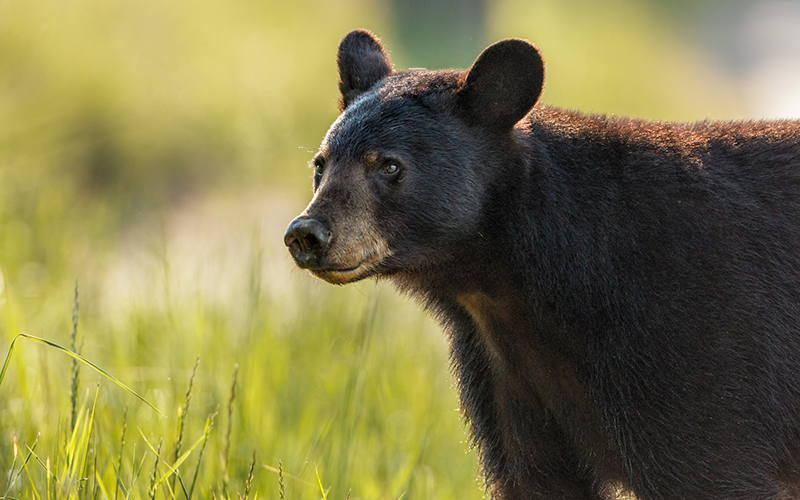 TIM LUMLEY / CREATIVE COMMONS BY FLICKRBlack bears in the Northeast are altering their winter habits during the winter, in part because of a shortened season and earlier thaws.

While it’s not uncommon for residents throughout the Northeast to report bear sightings in their neighborhood, spotting a bear during the winter season might raise a few questions.

Black bears typically hibernate from mid-December to the end of March or beginning of April, sustained on the stored-up energy in their bodies until the warm spring temperatures jostle them awake. Unfortunately, with a shift in climate and shortening winters in the Northeast, scientists and wildlife professionals are seeing cases where black bears are waking up earlier, sometimes before adequate food sources are available. Without reliable food sources in the wild, bears then turn to residential areas, putting them at risk of being hit by cars, shot, or other detrimental interactions with humans.

“We can certainly connect [bears coming out of hibernation early] to milder winters and earlier springs,” says Andrew Timmons, bear project leader for New Hampshire Fish and Game. “But we can’t honestly attribute what bears do each winter solely to climate change.”

In some cases, bears are woken up early if their dens are flooded when heavy spring rainstorms or snow melt cause rivers and wetlands to swell, says Randy Cross, a retired black bear biologist with the Maine Department of Inland Fisheries and Wildlife.

“It’s safe to assume bears are modifying their behavior slowly to account to changes in climate, particularly when it comes to rain events near the time when bears are being born,” Cross says.

But this scenario may be more a matter of chance versus a regular occurrence. Cross explains that black bear cubs are usually born in the first two to three weeks of January each year, and in cases where a January thaw or rainstorm triggers flooding, bear dens within a flood zone are vulnerable. “It’s possible that bears adapt their den selection to where water would less likely flood their den,” he adds.

The real concern that researchers have, though, is food availability, and how a scarcity of food affects a bear’s behaviors.

“If bears come out early and there’s a prolonged period between den emergence and vegetation, bears will get desperate for food,” Timmons says. 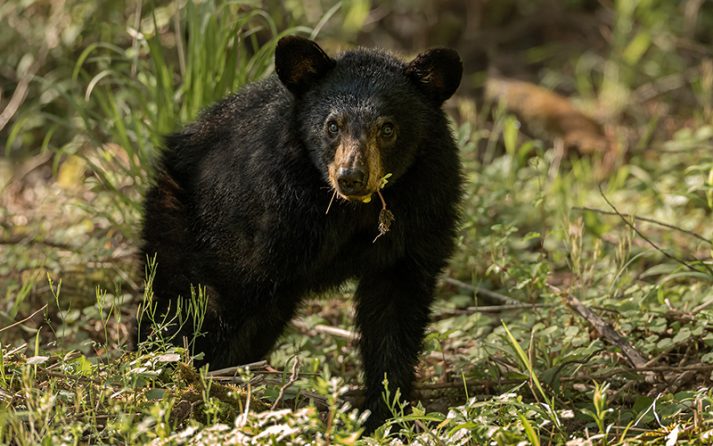 Black bears are what scientists refer to as “opportunistic feeders.” As an omnivore, meaning it eats both plants and animals, 80 percent of a black bear’s diet consists of plants, fruit, and nuts, according to the Virginia Department of Wildlife Resources. The other 20 percent is insects, fish, and the occasional small mammal.

In Maine, Cross says that food availability has actually improved for some black bears because of climate change.

Black bears typically forage for early spring vegetation, like clovers and sedge, during the first two months after they emerge from their dens. During years when winters are mild and spring brings heavy precipitation, these food sources are readily available when bears are ready to forage. On the flip side, dry springs cause these plants to dehydrate and harden, which make digesting the food more difficult for bears. Dry springs also affect the rest of the season: less water means less fruit and nuts later in the year.

As spring turns to summer, food is plentiful for black bears, but they face a new challenge: wasting energy in the heat of the day.

“Bears are very rarely cold,” Cross explains, comparing the bear’s coat to a warm down jacket. “To warm up, they just have to move a bit.”

Balancing the amount of energy a bear consumes and exhausts can be tricky though. In the summer, a bear wastes more energy foraging for food and may decide to rest during the day and forage at night. By the fall, when bears are building up fat for hibernation (consuming an estimated 20,000 calories per day) and food sources dwindle, their instincts will signal when it’s time to save their energy and hibernate. However, with summer temperatures extending into the fall, the black bears might be taking in fewer calories than they are expending not because of a lack of food, but because it’s too hot to move, and this sends the bears into hibernation early.

“Bears’ bodies are tuned into this balance, so there’s a point where they are ready to slow down their metabolism and take it through the winter,” Cross explains.

Early hibernation isn’t as much of a concern, however, if the bears have enough stored energy. If they wake up earlier, as long as they can find food, they will just start their cycle over. 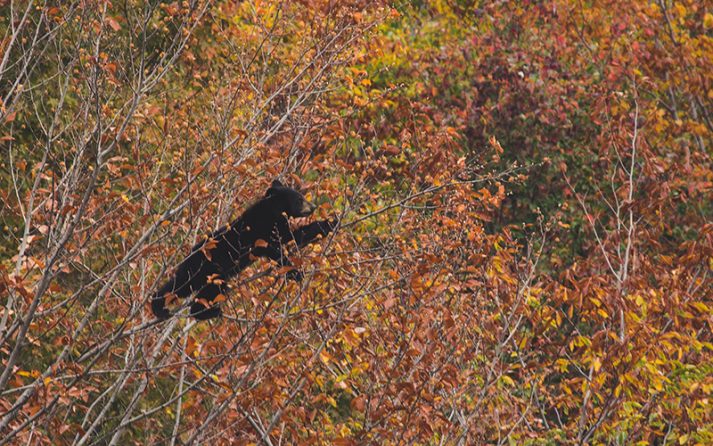 Black bears are very intelligent, and over the approximate lifespan of 30 years, these animals are able to use their experiences to know where to find food and return to many of the same spots over and over—including backyards and campgrounds.

“Obviously, the more food reward the bears get, the more it perpetuates the behavior to come back,” Timmons says. “Eventually we see these animals highly habituated to humans, and that causes them to have shorter lifespans.”

Cross adds that the East Coast has seen its black bear population steadily increase, which in turn also increases the number of human to bear interactions.

“As the bear population increases, they expand their range and get pushed into new areas. Fortunately, in Maine two-thirds of the state has no people living there, so other than visitors to those areas there’s little human impact,” Cross says.

That’s not always the case in other states, though. In New Hampshire, Timmons says complaints of black bears wandering around neighborhoods is a common occurrence.

“We get 600 to 700 bear complaints each year, and it’s usually because a bear is in a backyard,” Timmons says. Most of the time, bears will frequent backyards with bird feeders, unsecured trash, or, more recently, free range chickens, he adds. “That’s a relatively new trend, but we get between 150 and 200 bear-to-chicken conflicts each year.”

New Hampshire Fish and Game advises residents only put out bird feeders during hibernation seasons: from December 1 to March 31. But as soon as a bear sighting is reported in late winter or early spring, the department will issue a press release advising residents to bring their feeders in.

Black bears are also a common sight on hiking trails and in campgrounds, especially in Northern New Hampshire and the White Mountains. If a hiker sees a bear in the distance, “First, enjoy the moment,” Timmons says. Then, he adds, pause and watch the bear until it appears to be out of your path, and make noise to alert the bear of your presence. If you encounter a bear in close proximity, the bear may “huff” at you, indicating it wants space; give it that space by backing up and talking calmly.

“We’re fortunate to have the bear population that we do in the state,” Timmons says. “There was a time in history where the population was low, but we have a stronger population now. What’s important is to remember that bears are easy to coexist with, but it takes some education, responsibility, and tolerance with the bears. Ultimately, we dictate if bears are in our backyard, and if you don’t want that, don’t leave food out.”