THOMAS CALDWELL / CREATIVE COMMONS BY FLICKRDingmans Falls on the Pennsylvania side of the Delaware Water Gap National Recreation Area is emblematic of the stunning natural beauty in what could be America’s next national park.

Now, in retirement, the 68-year old spends his time advocating for the addition of the Delaware Water Gap National Recreation Area as a national park, citing the area’s unique characteristics, extensive history, and abundant outdoor recreation opportunities. Making the Delaware Water Gap into a national park would create a world-class outdoor area in close proximity to some the country’s largest metropolitan areas, he says.

“There are people who come from all over the world to visit our national parks. They don’t talk about visiting recreation areas,” he says. “The Delaware Water Gap is located so close to where so many people live, yet you have to drive seven hours or more from here to get to any national park.”

The Delaware Water Gap straddles the Delaware River and encompasses 70,000 acres in Pennsylvania and New Jersey. The Appalachian Trail crosses the Delaware river at Mount Minsi near Stroudsburg, Pa., offering spectacular views of the recreation area.

Sierra Club chapters in Pennsylvania and New Jersey have joined Donohue in laying the groundwork for a concerted effort to change the Delaware Water Gap’s designation. They are reaching out to other recreation groups and businesses in the area to create a grassroots network of supporters. Changing the status of the Delaware Water Gap will take Congressional approval, and advocates want to present a diverse cross-section of supporters to Congressional leaders.

“We will be reaching out to our members of Congress and Senators, but we first need to talk to mayors, to county commissioners, and to the public,” Donahue says. “We want everyone to be on board and reach out to as many people as possible.” 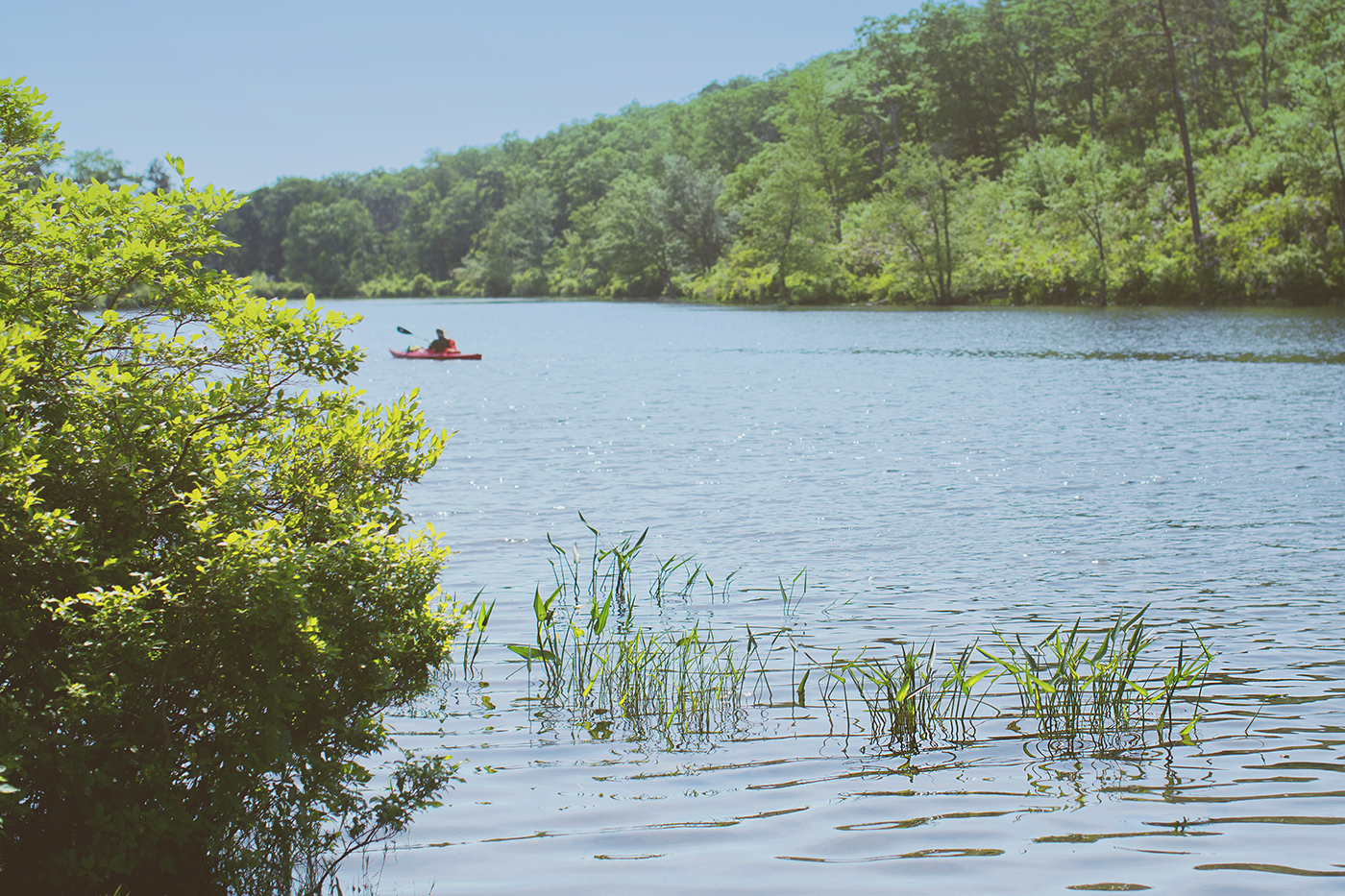 AMC has a longstanding presence in the Delaware Water Gap Recreation Area, most notably through its Mohican Outdoor Center, located on a glacial lake and alongside the Appalachian Trail. AMC’s Delaware Valley Chapter has been involved in numerous conservation efforts in eastern Pennsylvania and has voiced concern over local environmental issues, including pipelines and natural gas extraction. Chapter volunteers also lead numerous outings in the area, including hiking and paddling in the Delaware Water Gap. AMC is an active member of the Coalition for the Delaware River Watershed, formed to help protect and restore the Delaware River, its tributaries, and surrounding landscapes. AMC supports making the Delaware Water Gap a national park and preserve to help better fund maintenance and infrastructure needs there, but also in recognition of unique characteristics of the area.

“AMC supports the change in designation because it will bring funding, awareness, and recognition,” says Mark Zakutansky, AMC’s director of conservation policy engagement. “That stance matches our legacy of supporting public lands.”

Advocates pushing for the change in designation with the Delaware Water Gap are learning lessons from a similar successful effort that created the New River Gorge National Park and Preserve in West Virginia. America’s newest national park similarly started out as a recreation area until, in 2019, Congress changed its status, capping off years of grassroots advocacy work.

The Sierra Club and others wants to make sure recreational users understand what is being proposed with the potential change in status, including the ability to still hunt in the area, says Donald Miles, vice chair of the Pennsylvania Sierra Club. Previous efforts in the early 2000s to make the Delaware Water Gap into a national park excluded hunting as a recreational use. By changing the designation to a National Park and Preserve, all current recreational uses would still be allowed, Miles says.

“No one will lose what they are able to do now,” he says. 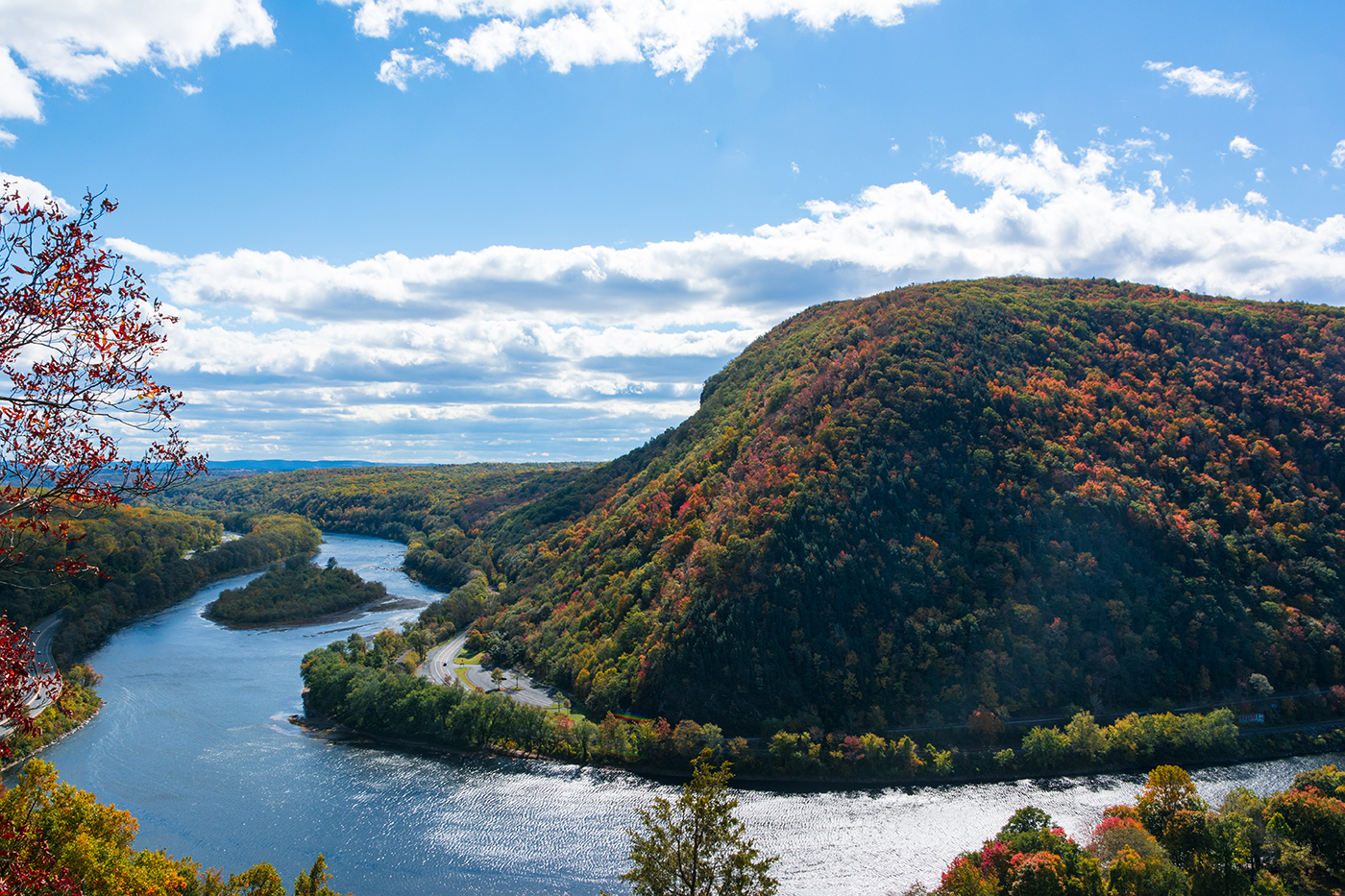 PETER MILLER / CREATIVE COMMONS BY FLICKRThe centerpiece of the Delaware Water Gap National Recreation Area is, of course, the Delaware River, which flows between the Pennsylvania and New Jersey state lines.

The Delaware Water Gap National Recreation Area was created following an effort by the federal government to construct the Tocks Island Dam in the 1950s, with the federal government buying properties along the Delaware river that would be underwater. Eventually, under opposition from AMC and other groups, the idea to dam the river and form a reservoir was shelved, and all the land acquired was given to the National Park Service, creating a 70,000-acre recreation area along 40 miles of the river. AMC staff helped draft early trail and park master plans for the National Park Service, according to Zakutansky.

“Not only does the Delaware Water Gap contain the longest undammed river in the eastern United States, it also has 35,000 acres of forest on both sides of the river,” Donahue says. “It provides a great area for nature-based recreation for the millions who live in nearby urban areas.”

Changing the status of the Delaware Water Gap will give the millions of people in major metropolitan areas easy access to a national park, Miles adds. The Delaware Water Gap has nearly the same number of visitors as Yellowstone, yet receives far less in annual appropriations, he says.

“There is no national park between Acadia and Shenandoah, yet 60 million people live within three hours of here,” he says “There is only one beach on the New Jersey side and no campsites. The people are there, but the infrastructure is not.”

With historic homes, roads, 100 miles of trails, and three beaches, plenty of infrastructure needs exist inside the park, Donahue says. The $10 million allocation awarded to the Delaware Water Gap annually does not touch the overall need, he says.

“I would not be ashamed to say that the Delaware Water Gap is one of the most underfunded outdoor areas in the system,” he says. “Compared to most parks, we have a lot more to maintain.”

AMC member Adrian Noble, who frequently travels to the Delaware Water Gap for hiking and paddling, can attest to the park’s heavy usage. On most weekends, popular trailheads are filled by mid-morning.

“Mid-week there are not a lot of people out, but on weekends its packed with a lot of boats on the river and people on the trails,” he says.

Noble, who chairs the conservation committee of the AMC’s Delaware Valley Chapter, says the Delaware Water Gap is the easiest recreation area for him to get to. Within an hour and half drive of his home in Doylestown, Pa., and home to AMC’s Mohican Outdoor Center, he’s able to get to hiking spots or places to launch canoes and kayaks. Mount Tammany, which rises steeply from the Delaware River on the New Jersey side, or trails to the glacially formed Sunfish Pond, along the same ridge as Mount Tammany, are both great day-hike locations.

“I try to go at least once a month,” Nobel says. “I am so grateful it is there. It’s a really special place.”

View a more in-depth discussion of the proposal to make the Delaware Water Gap a National Park and Preserve and get involved in the effort through the conservation committees of either the Pennsylvania or New Jersey chapters of the Sierra Club.

We Speak for the Trees: Behind-the-Scenes at AMC’s 10-Year Carbon Project Inventory

How Climate Change May Be Shifting the Mountain Tree Line

How and Why AMC Collects Clouds on Mount Washington