The Effects of Climate Change 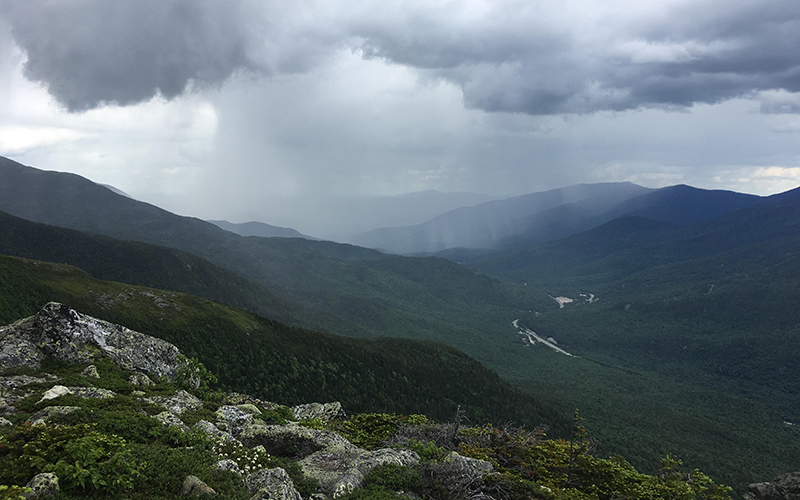 The greenhouse effect has caused the Earth’s average temperature to rise 1.62 degrees Fahrenheit since such records were first kept in the late 19th century. This may not seem like a significant increase, but even incremental climate fluctuations can and do affect many facets of life on Earth, from where we live to where we get our food. And with scientists forecasting average temperatures to rise another 2.5 to 10 degrees over the next century—if left unchecked—the consequences of climate change will continue to alter the natural landscape and daily human lives across the planet, diminishing the availability of resources like food and water and putting or keeping millions of families in poverty. 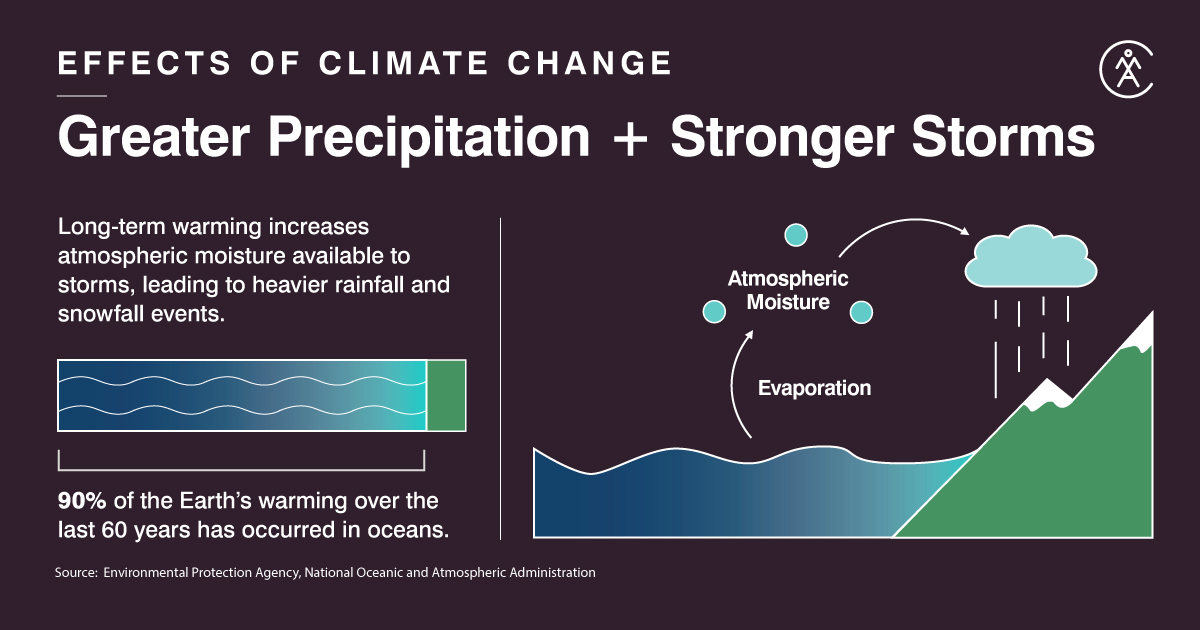 Higher-than-average winter and spring precipitation is projected for the Northern United States—heightening flood risks. Between 1958 and 2012, New England saw a more than 70 percent increase in rainfall measured during heavy precipitation events, according to the U.S. Global Change Research Program.

Tropical storms and hurricanes pick up energy passing over warmer oceans. Ninety percent of the Earth’s warming over the last 60 years has occurred in the oceans. Global sea temperatures have increased an average 1.5 degrees Fahrenheit since 1901. Long-term warming increases atmospheric moisture available to storms, leading to more severe heavy rainfall and snowfall events. North Atlantic hurricanes have been on the rise since the 1980s. Each year, hurricane winds and storm surges destroy homes and businesses, often hurting those living in poverty the most. 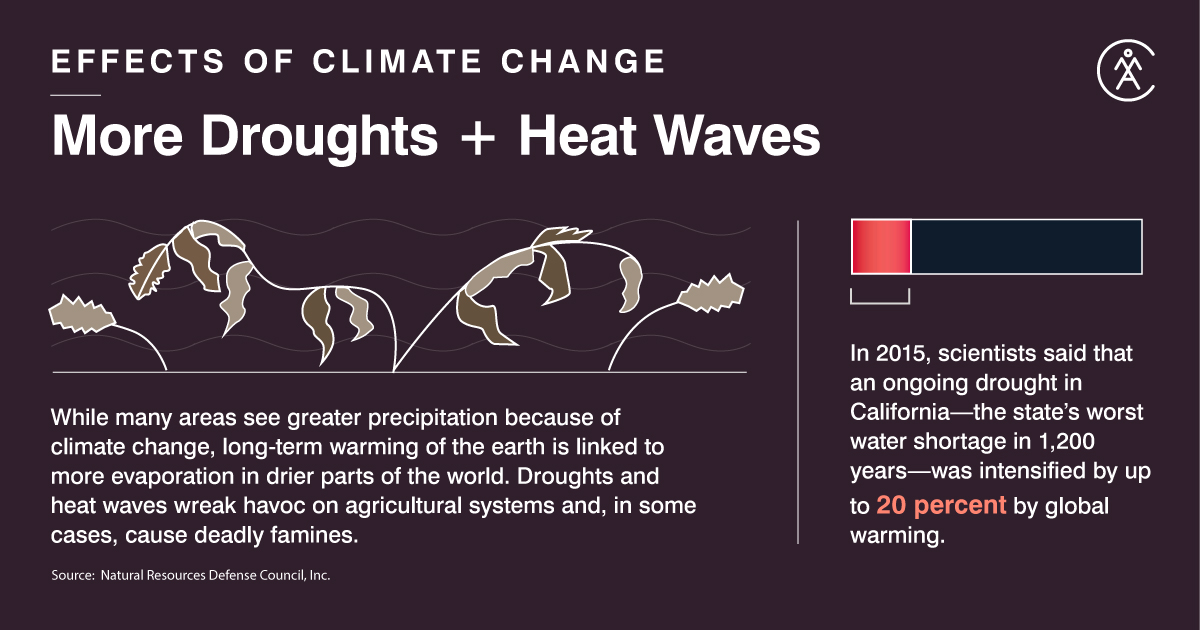 While many areas see greater precipitation because of climate change, drier parts of the world—such as the Southwest United States—may see even less. Long-term warming is linked to more evaporation that can exacerbate droughts. Droughts and heat waves wreak havoc on agricultural systems and, in some cases, cause deadly famines. In 2015, scientists said that an ongoing drought in California—the state’s worst water shortage in 1,200 years—was intensified by up to 20 percent by global warming.

“…climate change has affected the intensity or likelihood of some [extreme weather] events.”

— Dr. David W. Titley, professor of practice in meteorology and founding director of the Center for Solutions to Weather and Climate Risk at the Pennsylvania State University, for the National Academies of Sciences, Engineering, and Medicine 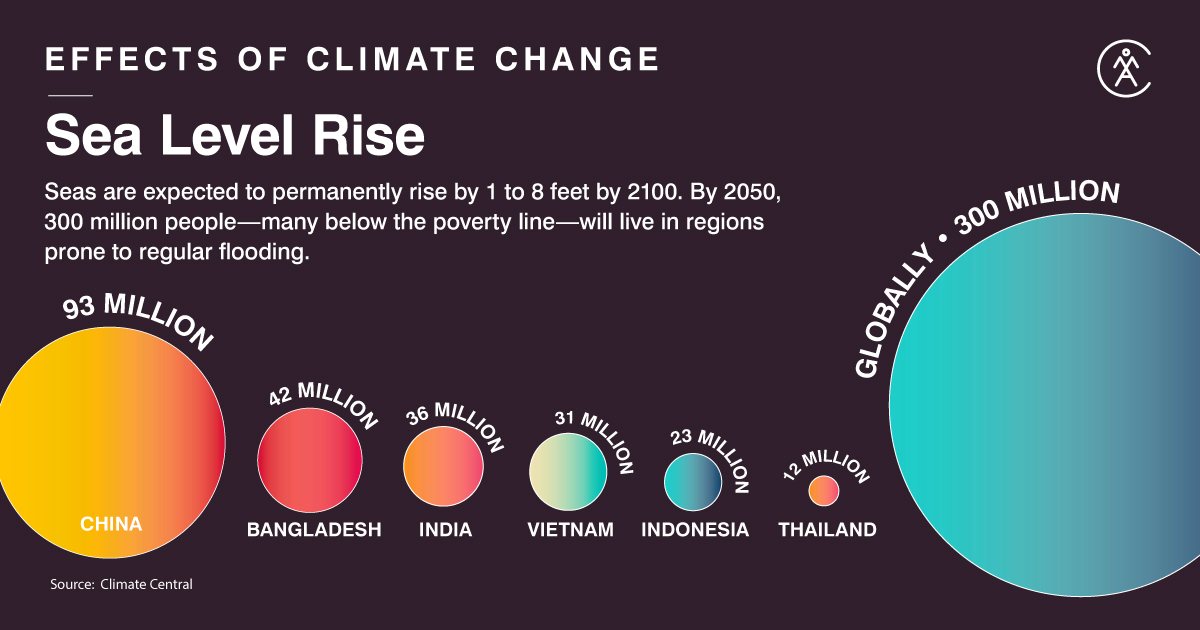 Around the world, ocean levels are rising for two main reasons: the expansion of water as it warms (known as thermal expansion) and the displacement of sea water from melting glaciers and ice caps. Seas are expected to permanently rise by 1 to 8 feet by 2100, forever changing cities’ coastlines. Eight of the world’s 10 largest cities are coastal. By 2050, annual flooding will threaten the homes and livelihoods of 300 million people around the globe, according to a 2019 Climate Central report. 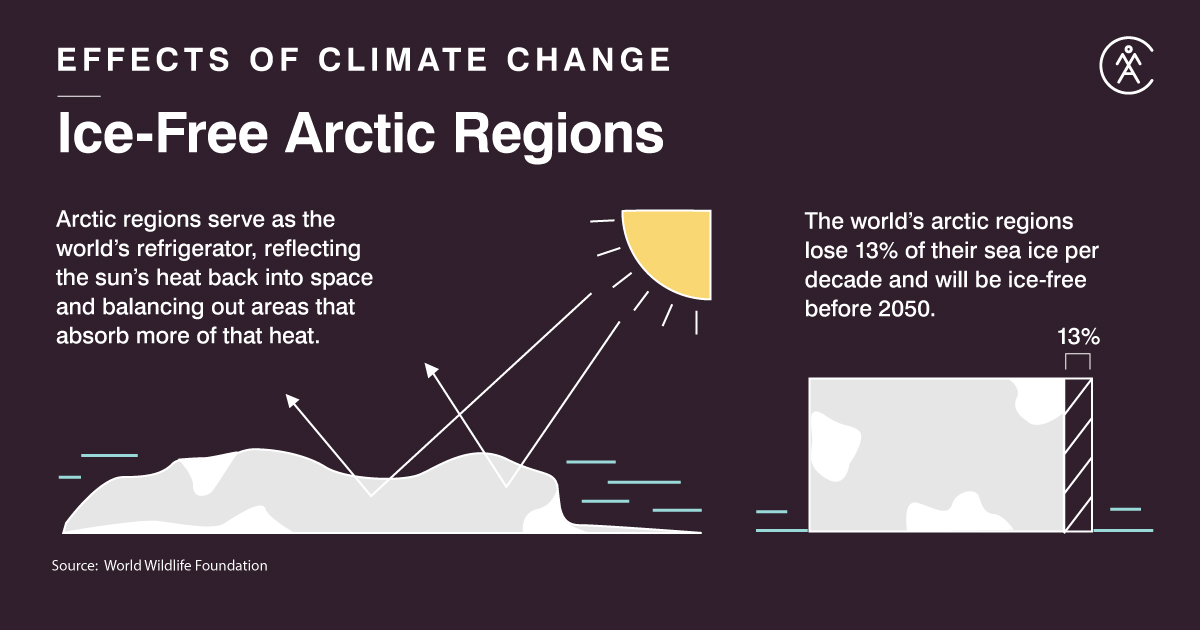 Arctic regions serve as the world’s refrigerator, reflecting the sun’s heat back into space and balancing out areas that absorb more of that heat. The world’s arctic regions lose 13 percent of their sea ice per decade and will be ice-free in summer before 2050. Antarctica, specifically, has been losing about 134 billion metric tons of ice per year since 2002. These polar changes threaten coastal communities in danger from sea level rise, strengthen extreme weather events like polar vortexes, disrupt vital shipping lanes, and endanger wildlife.

Three out of four people living in poverty depend on agriculture for their livelihoods. Natural disasters, like droughts, and poor conservation have contributed to the loss of 1/3 of the world’s arable land in the last 40 years. By threatening the world’s food supply, climate change worsens hunger and malnutrition—especially in developing countries.

In 2018, record-setting rains in the Philippines caused $4.5 billion in economic losses throughout the primarily poor, agricultural country, amounting to a 0.5 percent loss in overall GDP, according to the Germanwatch Institute’s 2020 Global Climate Risk Index. That same year, India experienced extreme heat and droughts that resulted in 2,000 deaths and $37 billion in economic losses. Kenya’s 2018 drought caused more than $700 billion in losses and left the agricultural nation on the brink of famine.

Here in the United States, African-Americans, Asian-Americans, and Hispanics tend to die prematurely as a result of air pollution, according to research compiled by the American Lung Association. The combination of high temperatures and pollution threaten the health of pregnant women of color and their unborn babies—increasing rates of premature births, low birth weight, and stillbirths among black women, according to a 2020 study from the Journal of the American Medical Association. 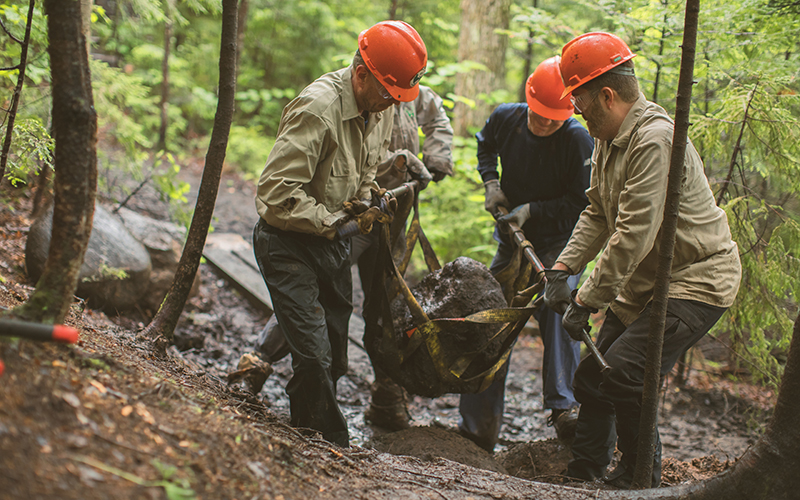 Heat waves, heavy rain events, and sea level rise present growing challenges to many aspects of life in the Northeast, compromising our infrastructure with stronger storms and rising seas; threatening agriculture through changing seasonal patterns; harming fisheries as the North Atlantic warms; and throwing off plant and animal ecosystems. AMC’s scientists have documented shorter, warmer winters—punctuated by big storms and premature thaws—as a result of climate change. Many states and cities have incorporated climate change into their short- and long-term planning.