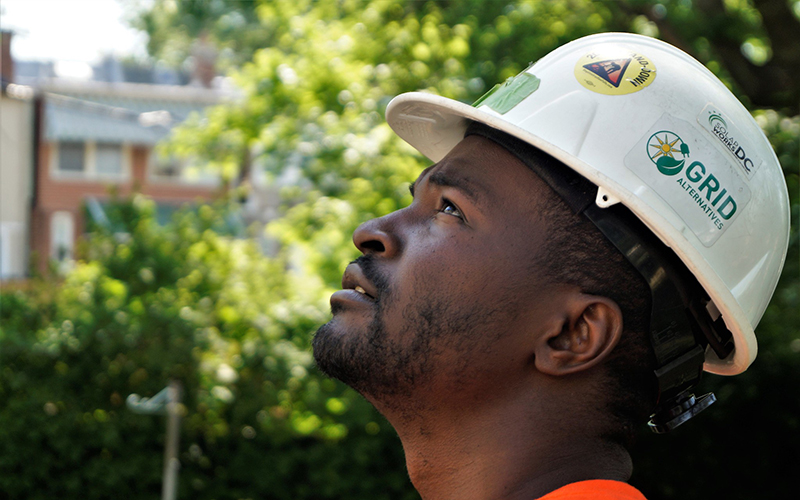 Solar panels are a win-win: they produce electricity without emitting greenhouse gases that contribute to climate change with the added benefit of likely lowering your electric bill.

According to the U.S. Office of Renewable Energy and Energy Efficiency, solar installations have increased 35-fold since 2008, building enough capacity to power the equivalent of 12 million average American homes. Meanwhile, solar jobs have increased 160 percent since 2010.

But, as the solar industry has grown, it has left many people out. Deployment of solar panels in the U.S. has predominantly been in majority-white areas, according to a 2019 study by researchers at Tufts University and the University of California, Berkeley. Black and Hispanic residents disproportionately miss out on the environmental and economic benefits of solar energy, the study reported.

In Washington, D.C., Mayor Muriel Bowser started the Solar for All program in 2016 to address some of these inequalities. Through the program, administered by the District’s Department of Energy and Environment (DOEE), 100,000 low- to moderate-income households will receive solar panels at no cost to them by 2032, which will reduce their electric bills by 50 percent over the next 15 years.

“We want to make sure everyone has access to solar energy, regardless of [how much money] you make,” says Elijah Perry, interim executive director of GRID Alternatives Mid-Atlantic, a nonprofit that works with Solar for All. “We want to make sure those who have been overlooked through the solar deployment in the region actually receive solar at no cost.”

Those inequalities also exist within the solar energy industry itself, which is projected to continue adding thousands of new jobs over the next decade, according to the U.S. Bureau of Labor Statistics. That’s why GRID, in cooperation with DOEE and the Department of Employment Services (DOES), also runs a solar industry job training program called Solar Works D.C. 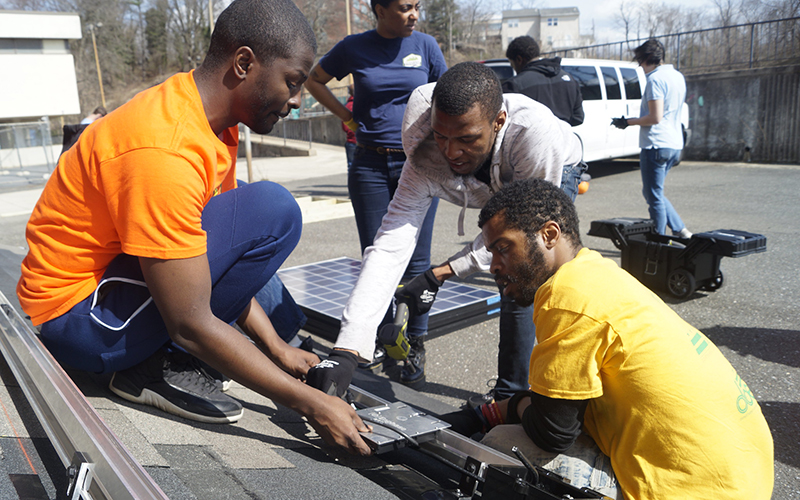 Participants in the Solar Works D.C. program receive 12 weeks of training (or six weeks during the summer session) for careers in solar and related industries. During the training, participants also get practical experience by installing solar panels on homes that qualify through the Solar for All initiative.

Any D.C. resident can sign up for the training. The only qualifications are being at least 18 years old and a willingness to climb up on a roof; one recent trainee was in his seventies. GRID recruits heavily from D.C.’s Wards 7 and 8, Perry says, which have the lowest average income across the District and a large population of people of color.

“Representation matters,” Perry says. “Creating a diverse workforce has been something that has been needed and wanted in the solar industry.” 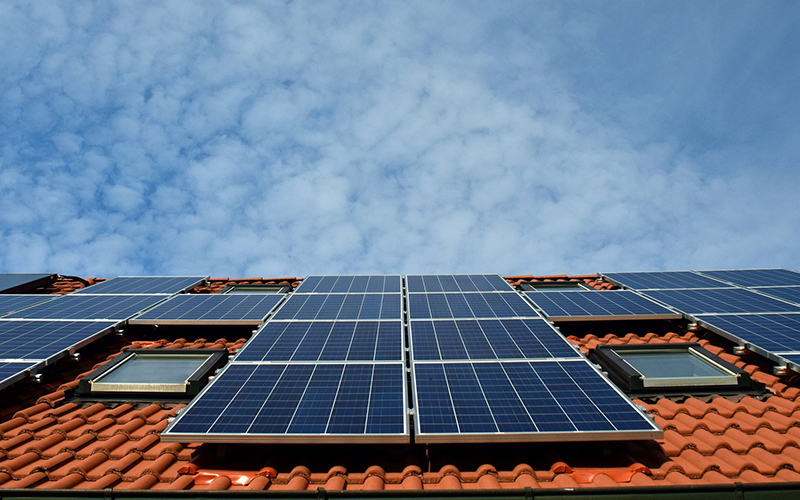 ULRIKE LEONE / PIXABAYSolar installations have increased 35-fold since 2008, building enough capacity to power the equivalent of 12 million average American homes. Access to solar energy has too often been restricted in BIPOC communities, however

Since Solar Works D.C. started in 2017, more than 250 D.C. residents have been trained in solar panel installation, and 113 of them currently have jobs in the solar industry. And through Solar Works D.C. alone, GRID has installed solar panel units on nearly 200 homes.  “We have an actual impact,” Perry says.

But GRID’s impact is more than placing residents into solar energy industry jobs, especially as COVID-19 has created challenges in finding employment. Many trainees come from challenging backgrounds—including incarceration, homelessness, and physical abuse—so GRID has made an effort to include “soft skills” that will help them succeed in any career.

“We just needed to help people become whole,” says GRID case manager Linda Stroman. Throughout the training, Stroman helps participants learn to manage their finances, write résumés, and communicate professionally, among other skills that will help them in their careers.

“They come in to learn how to install solar panels—and that’s fantastic and valuable,” Stroman says. “But we also have to make sure that folks are comfortable of how to get to that point [of working in solar].”