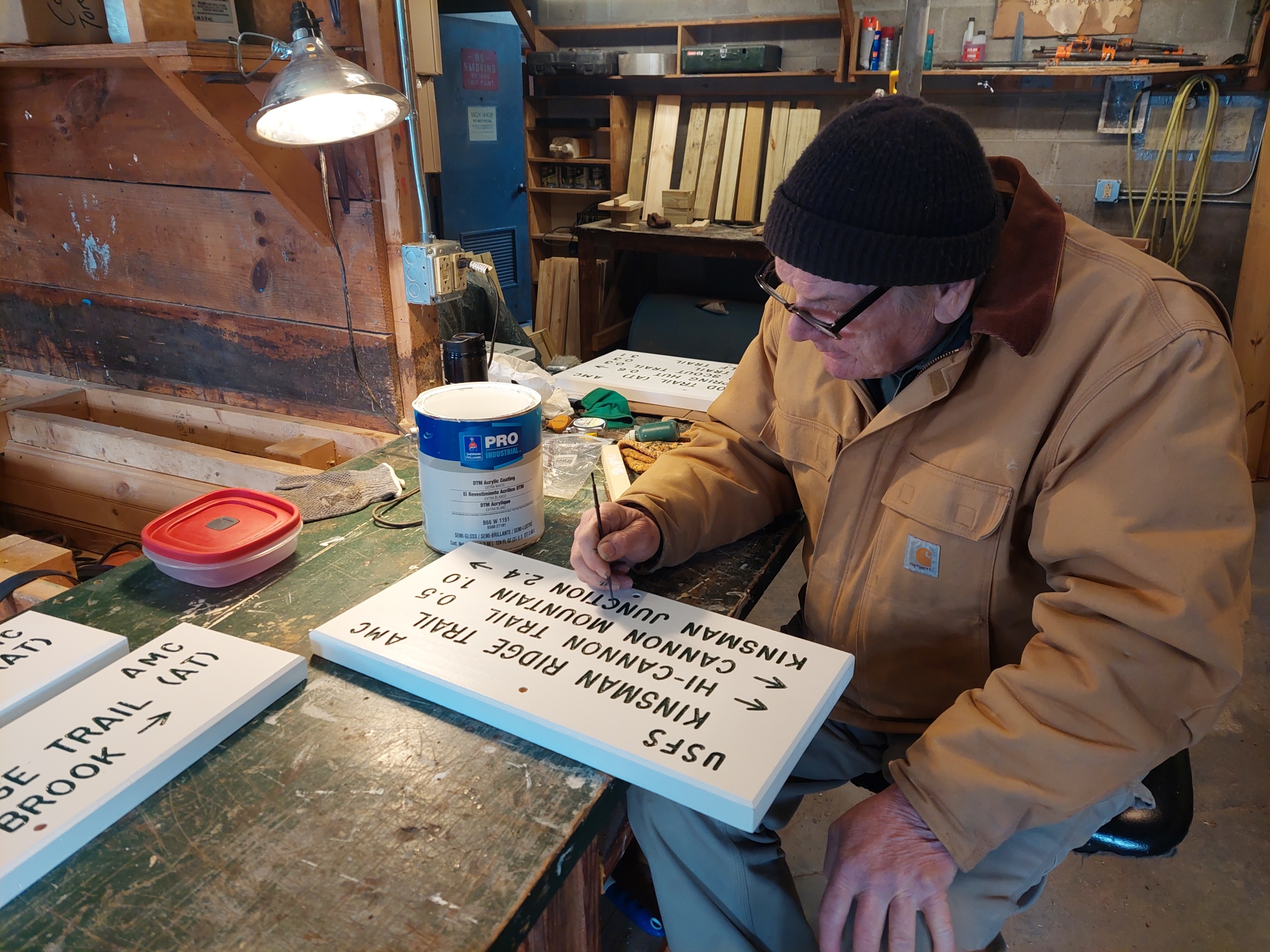 George Brown hard at work making a trail sign in a workshop next to AMC’s Pinkham Notch Visitors Center.

If you hike in the White Mountains and encounter a 5/4-inch-thick pine AMC trail sign, there’s a good chance you’re looking at a George Brown original. “I don’t put my initials on the back or anything like that,” explained Brown with a smile, “but I do try to spell everything right.”

As a longtime AMC volunteer and seasonal employee, Brown has displayed his passion for the outdoors through a variety of efforts, including carving and painting dozens of trail signs for the Appalachian Mountain Club’s Trail Department.

Volunteering with the Appalachian Mountain Club

As a kid growing up in Toronto, Ontario, Brown enjoyed exploring local trails and the rural areas around Lake Ontario. His lifelong connection with the outdoors in the Northeastern US began later by chance.

“When I was in college, I met a gal who was from Maine,” recounted Brown. “I can still remember driving through Grafton Notch on Route 26 and just falling in love with the mountains…and I’ve been in love with them ever since.” Although their relationship didn’t work out, he decided to move to Maine in the 1980’s and work as a building contractor. 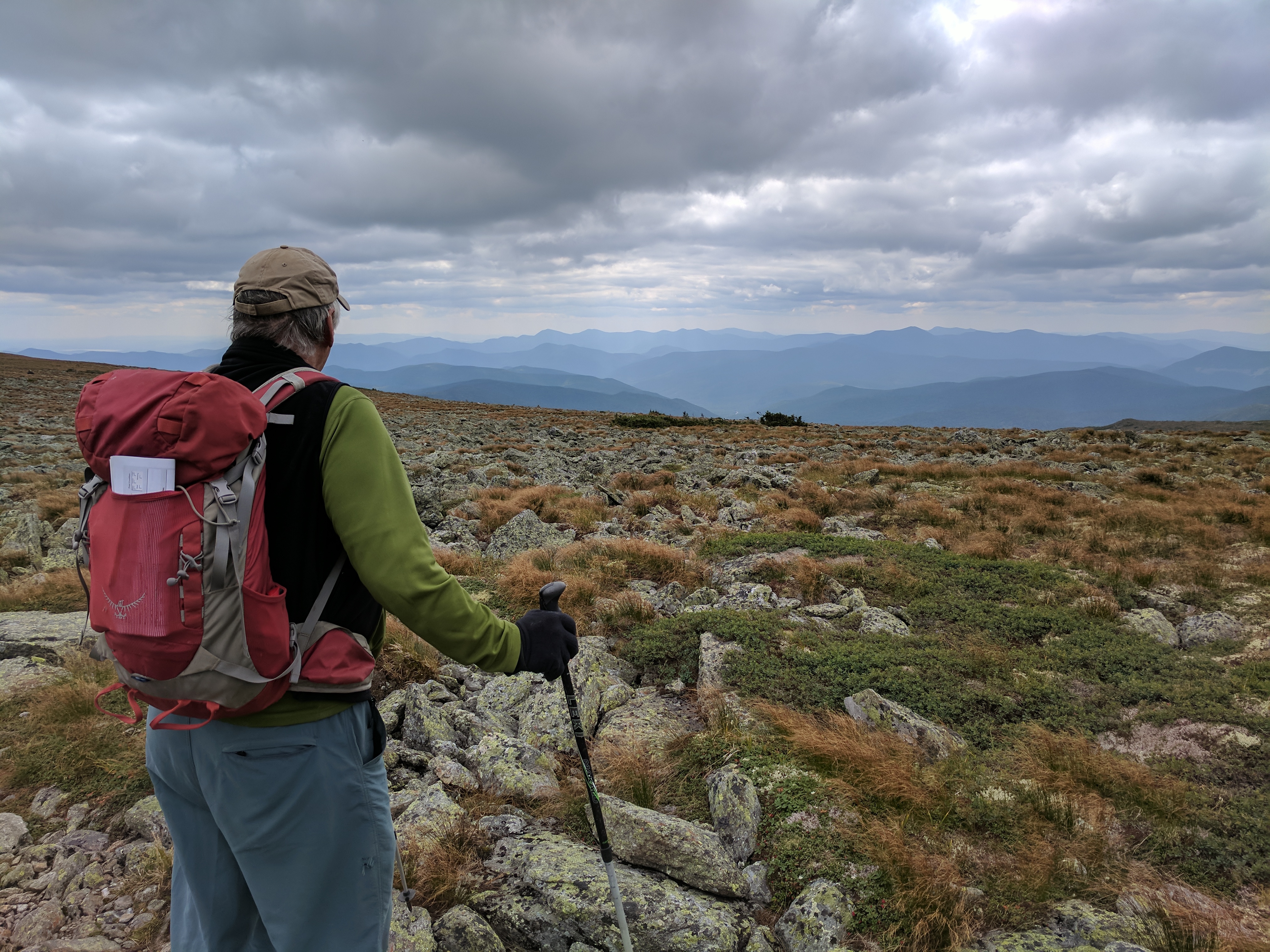 Courtesy of George BrownBrown taking in the views while on a hike in the White Mountain National Forest. A new trail sign for the Davis Path sits in his pack.

It wasn’t until about 20 years later that Brown got involved with AMC by becoming a volunteer trip leader for the AMC Maine Chapter. Through this network, he developed a community of friends and discovered outdoor places in his local area. He was encouraged to try other AMC volunteer opportunities, like being a Trail Adopter, which he continues to this day.

“There’s a real connection that myself and I believe other adopters feel, and that’s a real sense of attachment to a particular trail,” reflected Brown. “I know it sounds kind of corny, but you spend so much time and energy on it (the trail) that it begins to feel like a friend.”

Interested in exploring the outdoors with people in your local area? Check out the AMC’s 11 Chapters across the Northeast and Mid-Atlantic. 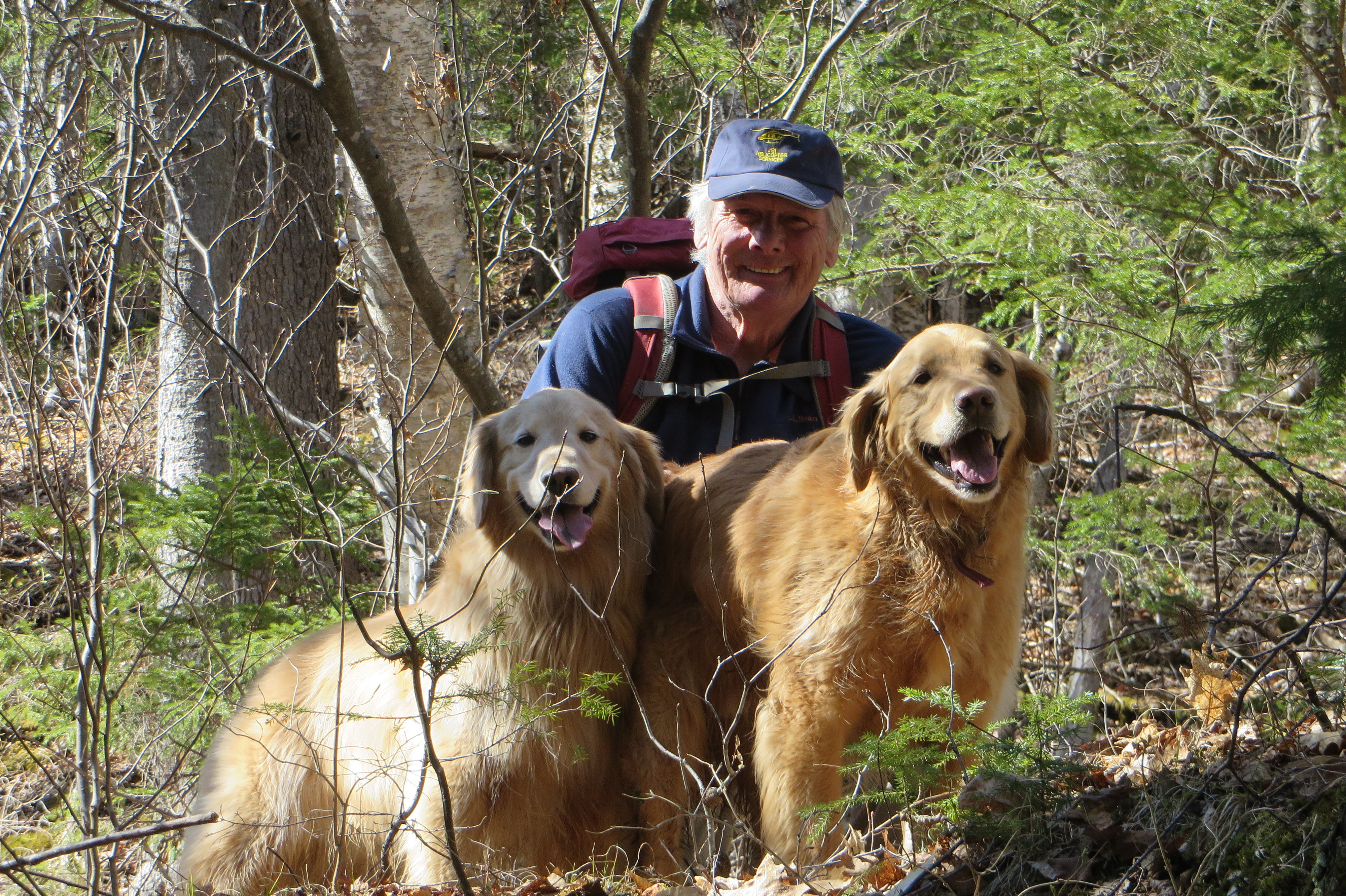 Courtesy of George BrownBrown enjoying a walk with his dogs on the Moriah Brook Trail in New Hampshire.

From trail maintenance to leading hiking trips, Brown’s variety of experiences over the years has deepened his appreciation for AMC’s conservation efforts.

“One thing I’ve learned with my work and volunteer experience at AMC is the activity that goes on behind the scenes that most people are unaware of,” he explained. “For example, on the trails I think a lot of people take both the basic maintenance and the work that our professional crews do for granted. They just walk over a water bar or walk on a bog bridge without having a full understanding of all the hard physical and administrative work that went into it.”

If you’d like to support the work of AMC’s Trails Department, consider donating to our Trails Fund.

This video shows the significant effort made by Brown and other AMC staff to create and install informational kiosks at AMC’s White Mountain backcountry campsites and serves as a small example of his work. Keep an eye out also for Brown’s golden retriever, Anna, who has a cameo at the end of the video. “She makes a big contribution to the AMC community here,” he said. “She has a lot of friends.”

George Brown is a wonderful example of how the outdoors can create community and add meaning to one’s life. We are lucky to have people like George helping to advance the mission of AMC.