The Haunting Tale of Nancy Barton 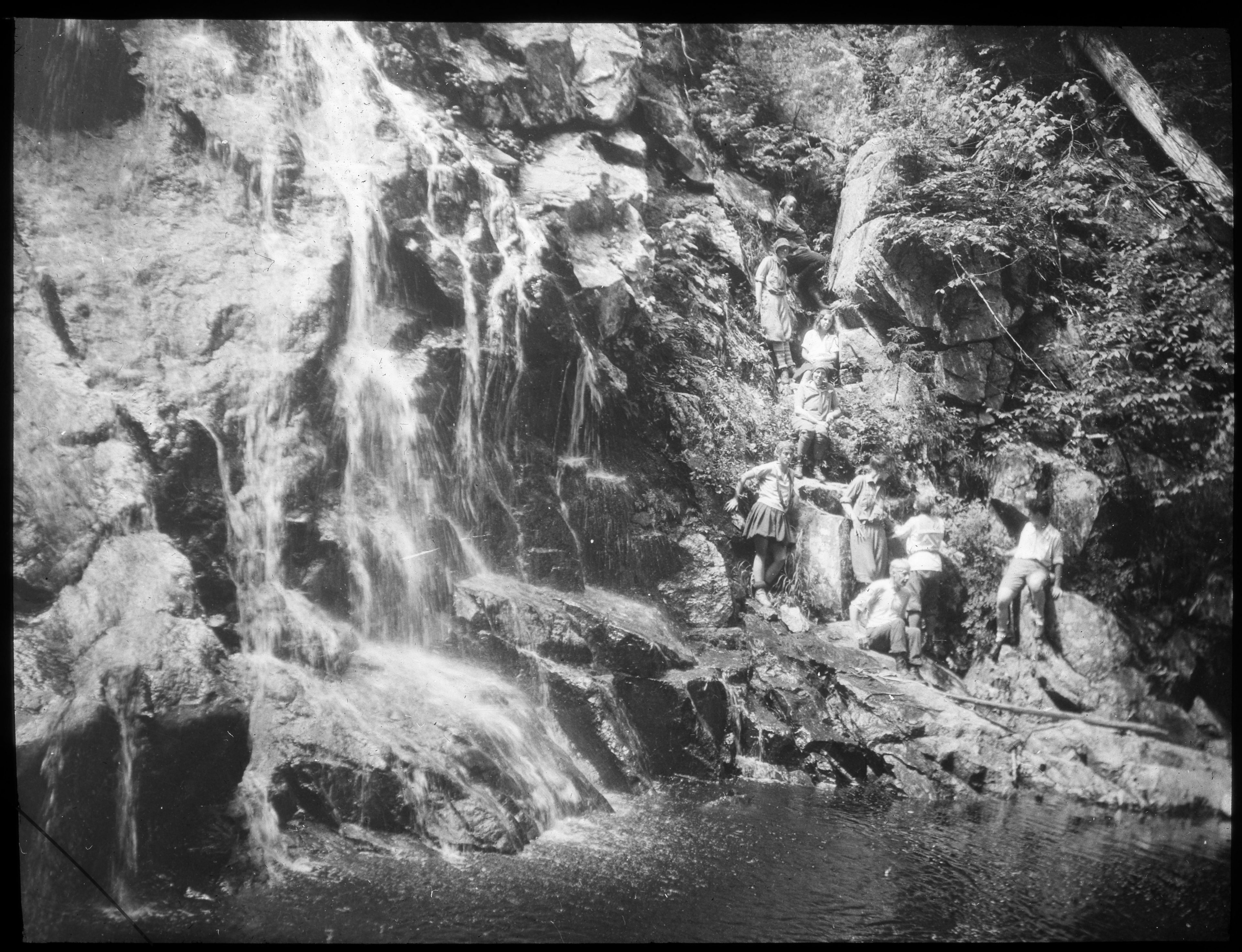 For centuries, hikers traveling in the Nancy Brook Scenic Area of the White Mountain National Forest have reported hearing cries and shrieks of laughter. These strange noises are thought to belong to a young woman named Nancy Barton, who had been hiking through Crawford Notch in the winter of 1778, when she succumbed to frostbite and hypothermia. Nancy died while in pursuit of a lover who had betrayed her. Her legend, detailed below, continues to fuel speculation as to whether this scenic area is haunted.

For centuries, hikers traveling in the Nancy Brook Scenic Area of the White Mountain National Forest have reported hearing cries and shrieks of laughter.

According to Marianne O’Connor’s Haunted Hikes of New Hampshire, sixteen-year-old Nancy Barton had worked as a servant for Colonel Joseph Whipple on his farm in Jefferson, New Hampshire. It was there that she met and became infatuated with Jim Swindell, one of the hands on the farm. Nancy was smitten with her newfound love and confided in her neighbors that she and Jim shared similar values. When Jim eventually proposed, she was thrilled. Together, they planned to marry and settle in Portsmouth, New Hampshire. Nancy believed she’d be sharing the rest of her life with Jim, including all of her assets. She entrusted him with her entire life-savings—all the money she had earned while working for Colonel Whipple.

This was a fatal mistake. While Nancy was away making arrangements to relocate to Portsmouth with her new fiancée, Colonel Whipple and Jim began to conspire against her. The Colonel strongly supported the American colonies’ fight for independence against the British in the Revolutionary War. It’s theorized that he convinced Jim to leave Jefferson with Nancy’s money and join the colonist army. According to Haunted Hikes of New Hampshire, Jim was said to have spent her dowry on a new uniform.

While Nancy was away making arrangements to relocate to Portsmouth with her new fiancée, Colonel Whipple and Jim began to conspire against her.

Upon hearing a rumor that her lover had betrayed her, Nancy quickly returned to Jefferson. After confirming that this indeed was true, Nancy set off on foot in hot pursuit. She was confident that Jim couldn’t have traveled far. Many of her neighbors begged her not to go, arguing that the trip would be dangerous in the winter conditions, but she was determined to find him. According to accounts from her neighbors, she was adamant that the trip would be short – she would confront Jim and they would return to Jefferson together. As a result, Nancy only packed a small bundle of clothes and no food before setting out. Her trip through the Notch followed a thirty-mile long snow-covered trail that was not particularly well-marked.

After hiking for twenty miles, Nancy found the remnants of a fire that she believed had been left by Colonel Whipple and Jim. She stopped for a while to rest and began to feel cold, hungry, and tired. Determined to continue, Nancy mustered up the willpower to press on. Meanwhile, back in Jefferson, Nancy’s neighbors grew concerned that she had not yet returned. They formed a search party and set out that night, hoping to find her before it was too late. 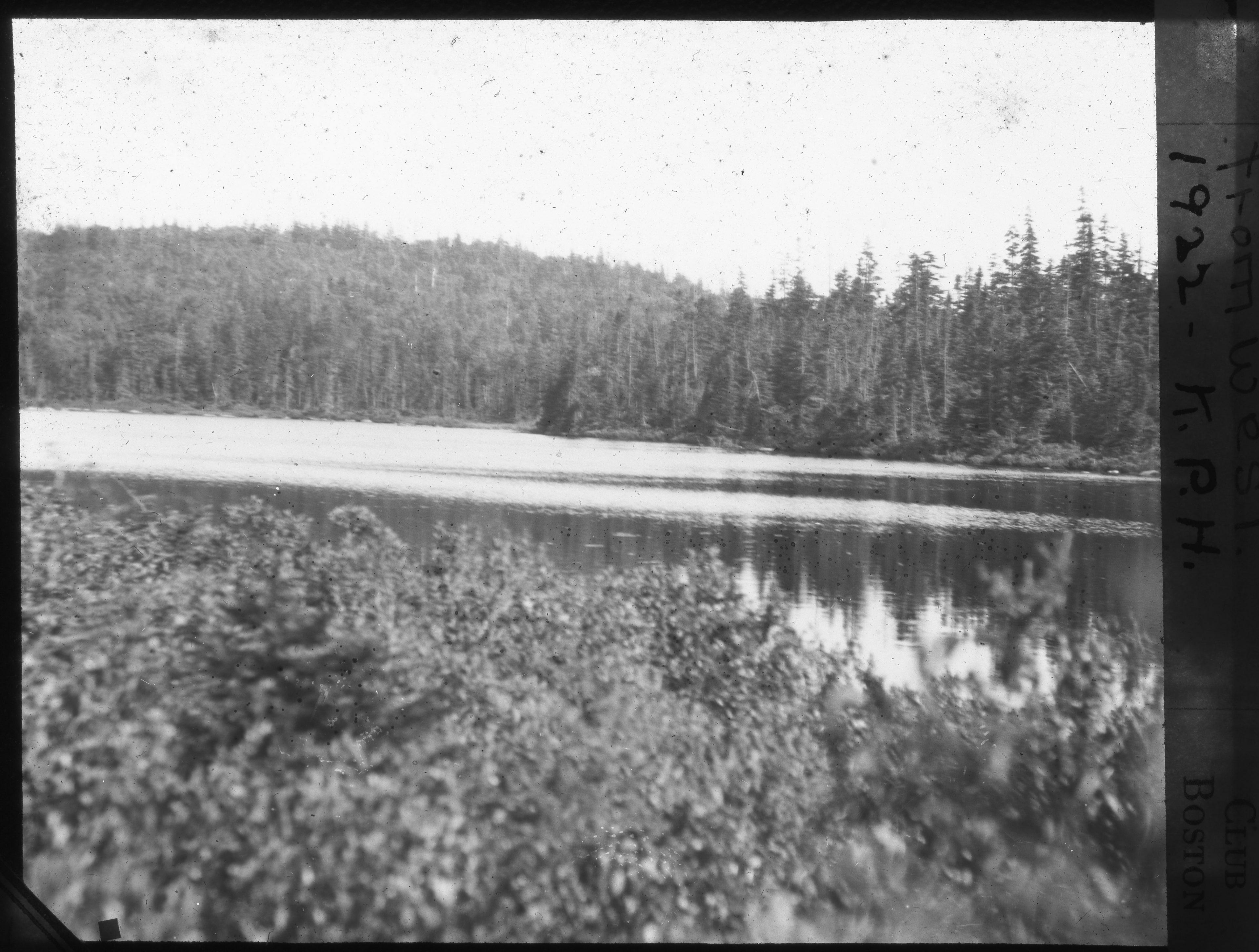 Meanwhile, back in Jefferson, Nancy’s neighbors grew concerned that she had not yet returned.

Nancy continued to trudge through Crawford Notch with increasing difficulty. When she crossed a brook, her dress became soaked with water. Exhausted and freezing, Nancy sat by the brook, unable to keep going. The search party followed Nancy’s tracks hoping to find her alive, but when they reached the brook, their worst fears were confirmed. They found her sitting on a rock by the water, frozen to death.

Nancy was buried by the brook where her body was found, and the news of her death began to spread throughout the area.

Nancy was buried by the brook where her body was found, and the news of her death began to spread throughout the area. Jim, upon hearing about Nancy’s tragic end, became consumed with guilt and experienced a psychotic episode. He died soon after in a psychiatric hospital, though the exact cause of his death is unknown. The Nancy Brook Scenic Area was given Nancy’s name to commemorate her death.

The Nancy Brook Scenic Area was given Nancy’s name to commemorate her death.

Other nearby locations, including Nancy Cascades, Nancy Pond, and Mount Nancy, were also named in her honor. Legend has it that Nancy’s spirit is still searching for Jim Swindell. Over the years, there have been reports of cries and shrieks of laughter that echo through the forest. Not far from the location of her death, residents of the Notchland Inn have also reported mysterious happenings, such as writings on the mirrors when no one is around and items that move on their own. 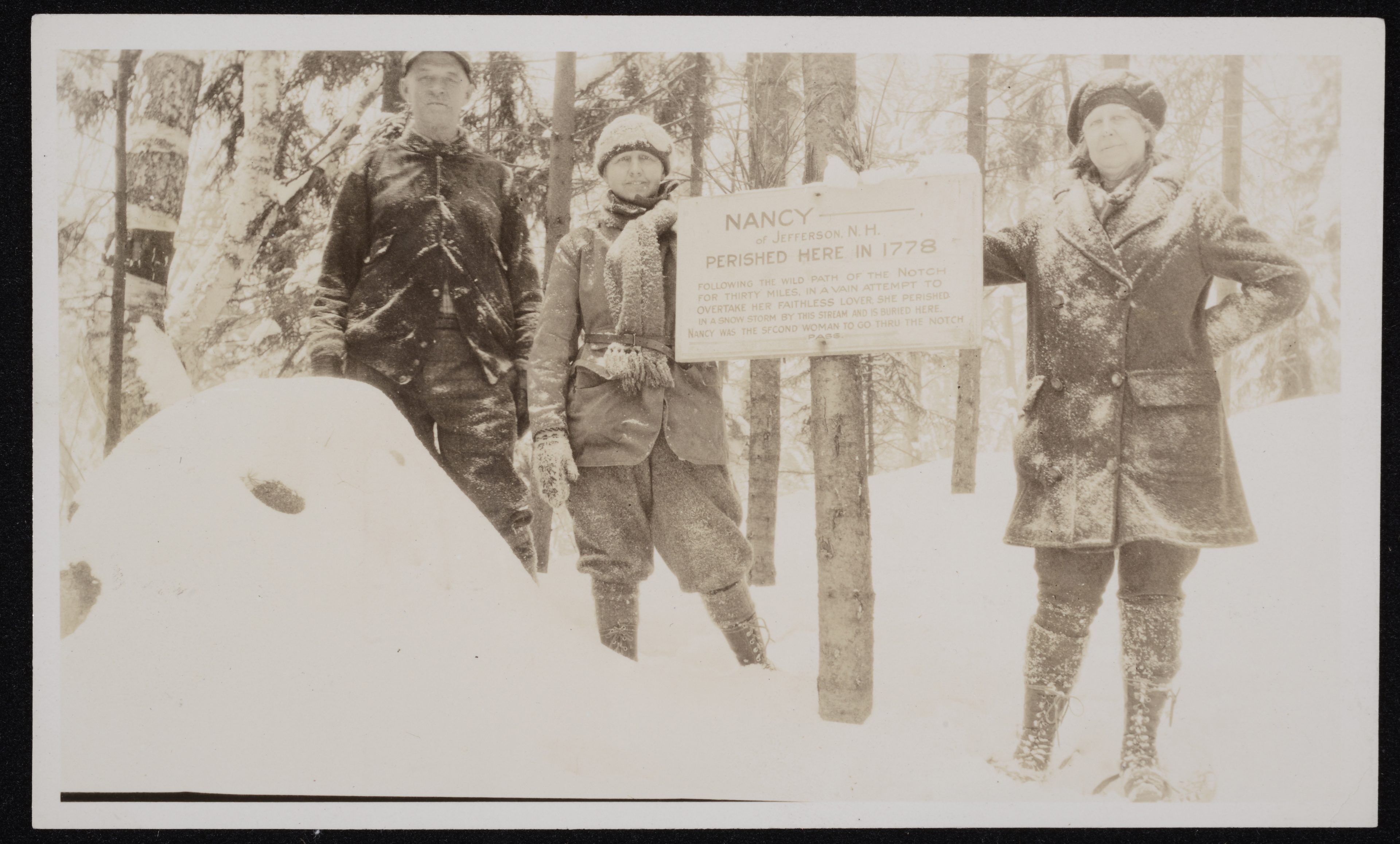 Hikers standing by the sign that commemorates Nancy’s death (1931)

Today, Nancy’s grave can be accessed by taking Notchland Drive, located a few yards away from the Notchland Inn on RT 302. Visitors can also hike the Nancy Pond Trail to Nancy Cascades and Nancy Pond. Perhaps, if you visit, you may even hear her shrieks of laughter and crying as she continues to search for her faithless lover.