The Troubled History of Inclusion in American Outdoor Spaces 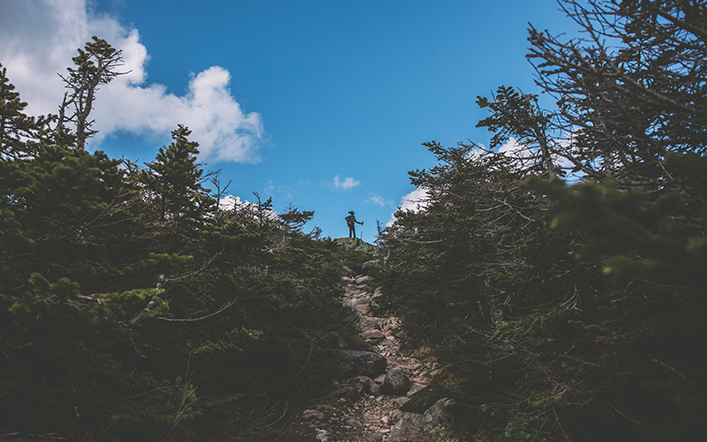 PAULA CHAMPAGNEBlack, Indigenous, and People of Color have frequently been excluded from American outdoor spaces.

We’ve been getting lots of questions about why AMC is so committed to increasing access to and engagement with the outdoors for all people. The simple answer is that everyone—regardless of sex, race, class, or orientation—should be able to fully enjoy our natural spaces, and AMC is a more vibrant and effective steward of those spaces as it reflects the diversity of our nation.

But there is another, harder answer to the question: The outdoors has often not been a safe space for Black, Indigenous, and People of Color (BIPOC), a history that has deeply affected the relationship between these communities and the land today. Even harder to swallow is that many predominately white outdoors and conservation organizations, including AMC, have either complicitly or explicitly supported racist and exclusionary practices—a reality with which we, as the oldest conservation organization in the United States, must now grapple and make right.

Violence and Exclusion in the Outdoors

The history of racism in the American outdoors extends back to the colonizing and “settling” of North America. It was bloody, and it was about land.

By the adoption of the Constitution in 1789, Indigenous Peoples in the East, particularly New England, had already been dispossessed of the majority of their land. Wabanaki people who called Maine’s forests home for generations, including land AMC now manages in the 100-Mile Wilderness, have seen their presence and culture diminished across the state over the past two centuries. Indeed, nearly all land in America, belonged to and was inhabited by Indigenous People for millennia.

At the same time, the United States’ economic and agricultural foundation was being built on the backs and bodies of enslaved Africans, establishing a social and racial hierarchy with regards to land and the outdoors that reverberates to the current day. Enslaved people who escaped or were freed often trekked many hundreds of backcountry miles to safety. Even after slavery officially ended, white mobs routinely lynched Black Americans in public outdoor spaces. It’s difficult to overstate the ways in which these memories have created a very different experience today for Black people in the outdoors compared to white people.

As a burgeoning conservation movement sought to set aside land for recreation in the late 19th and early 20th centuries, Jim Crow laws demanded that Black and white people remain segregated in these outdoor spaces. Beginning in 1903 with the founding of the first National Wildlife Refuge at Florida’s Pelican Island and continuing with the establishment of the National Park Service in 1916, wealthy, white Americans began to prioritize protecting the country’s lands and waters while simultaneously discriminating against their BIPOC neighbors. Without the right to vote and hold office yet, non-whites and women were not able to advocate for their rights in these newly protected spaces or vote for candidates who would.

“Indigenous people were kicked off the land and racism toward non-white people meant many outdoor spaces were unsafe. Then, we saw the glorification of white people for getting into nature,” Jasmín Antonia Estrada, AMC’s manager of partnerships, says. “There is a binary of what is the right and wrong way to be part of nature which enforces the prejudices in a systemic way.”

Racism in the Conservation Movement

At the dawn of the modern conservation movement of the late 1800s and early 1900s, a handful of young, mostly white environmental and conservation groups and clubs, tasked with advocating for America’s wilderness and waters, did little to speak against the discrimination and inequality that was rampant in outdoor spaces and society more broadly. Here at AMC, from the beginning of the “Club” in 1876, new members required nomination by two sponsors already in the club and that their names be published publicly, giving other members a chance to object to their inclusion. This policy continued until 1978.

“Sponsorship and balloting for membership to AMC and many other clubs was not at all uncommon in the 19th century, and it could be downright discriminatory,” says AMC Archivist Becky Fullerton. “Requiring that you find two existing members to vouch for you was a way of finding and admitting the ‘right sort of people,’ whatever that may have meant to AMC’s majority.” Whether by intent or not, these practices meant few BIPOC within AMC’s membership, volunteer leadership, and staff—a legacy we are still working to transcend. Fewer than one in 10 AMC members today is Black, Indigenous, or a person of color.

BIPOC people may no longer be explicitly excluded from the nation’s parks, beaches, and other wild spaces—or its conservation groups, for that matter—but that doesn’t mean they always feel welcome. Attention-grabbing headlines like those about a white dog-walker calling 911 on Chris Cooper, a Black birder in Central Park, or the murder of Ahmaud Arbery, a Black man in Georgia killed while jogging, loom large for people of color. And often, BIPOC Americans say it’s the puzzled look or an insensitive comment on a trail, in a park, or at a lodge that communicate certain outdoor spaces are not for them. AMC staff, participants, and guests have reported experiencing bias and racism—both implicit and explicit—in our organization’s recent history:

AMC is committed to becoming a more diverse, equitable, and inclusive organization—and working every day toward ensuring that all of us feel safe and welcome outdoors. That’s not just the right thing to do, it’s part and parcel of our mission. In redoubling our commitment, in recent months we’ve convened a board committee to help operationalize diversity, equity, and inclusion (DEI) in AMC’s strategic goals, conducted listening sessions with BIPOC members and volunteers, and drafted a DEI action plan. Any DEI effort, however, must be coupled with a sober remembering and retelling of history’s truths as they relate to Americans of all backgrounds in the outdoors. The bulk of our learning and work is ahead of us.

We know these are difficult subjects, and we welcome your questions and stories from around the AMC community. We also invite members of the AMC community to engage with and inform the important work of fostering the protection, understanding, and enjoyment of the outdoors—for all people.

Share your own stories and reflections with us: amcpublications@outdoors.org.