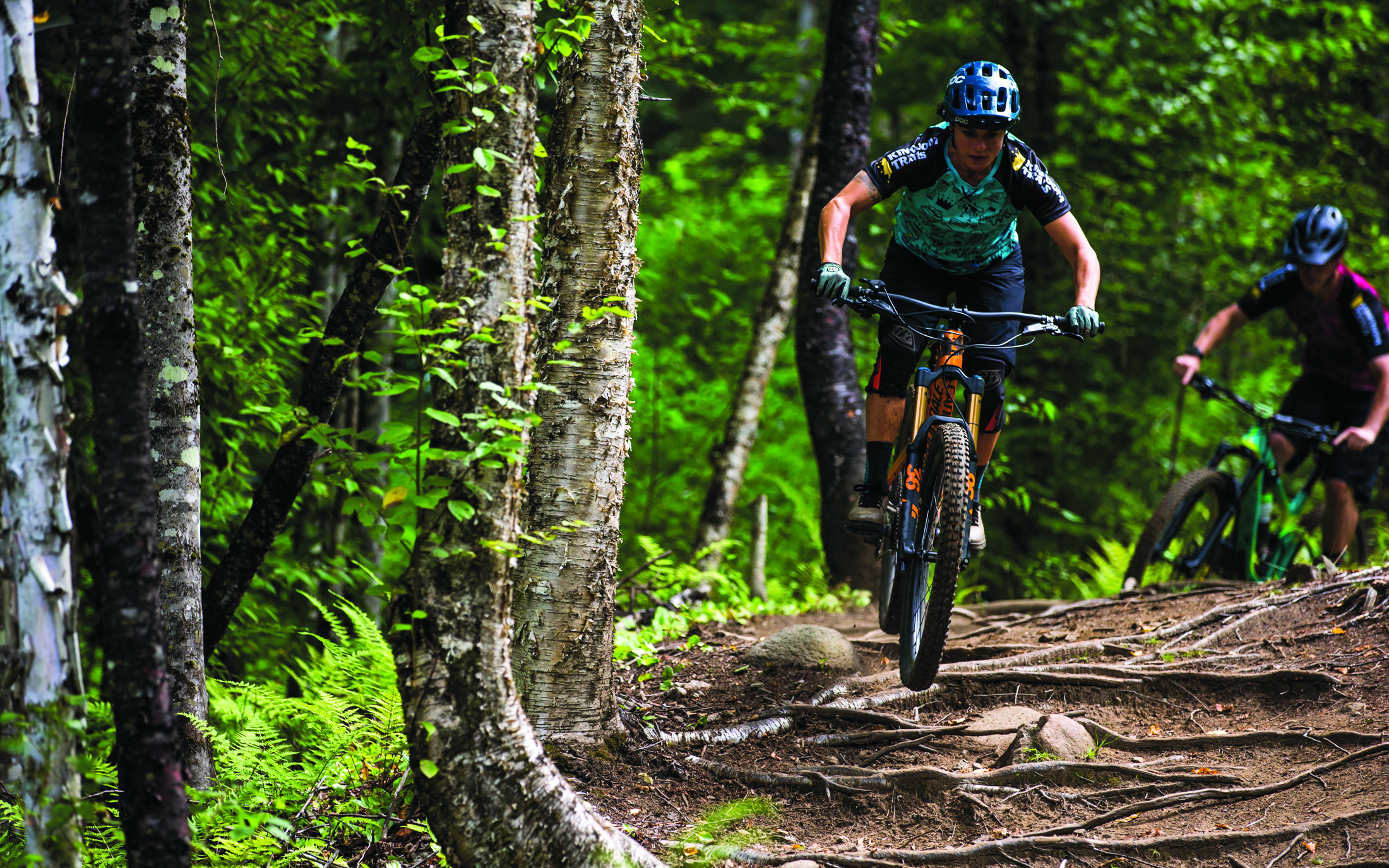 Every fall since 2013, Dave and Monica Metsky of Somerville, Mass., have loaded their mountain bikes onto their car and driven the nearly 200 miles to Kingdom Trails in East Burke, Vt. There, they check into a rental home and spend several days biking at what Dave calls “the mecca of New England mountain biking.”

“We started out going up there for day trips, but we switched to renting a place for the weekend,” he says. “But will we go back this year? Unclear.”

That uncertainty stems from more than just the ongoing pandemic. A land dispute has sent shock waves through the mountain biking community, when in December 2019, three of the nearly 100 landowners that make up Kingdom Trails Association (KTA) trail system said they no longer want mountain bikers passing through their properties.

Though the landowners in question have declined to publicly speak out, overcrowding, parking issues, and perceived bad conduct by mountain bikers are believed to be among their reasons for revoking use of trails on their land, which account for 12 miles out of the roughly 100-mile system.

The ban applies solely to mountain bikers, as the trails—some of the most popular in the system in an area called Darling Hill—remain open to hikers, snowshoers, and even horseback riders. But the revoked land effectively splits the Kingdom Trails system and forces bikers to use a state road to get from one half of the system to the other. The loss of the land has so broken up the trails system that the New England Mountain Bike Association (NEMBA) canceled its 2020 NEMBAfest, a three-day mountain biking festival that had been held at Kingdom Trails every June since 2012.

The land dispute may boil down to a case of growing pains for Kingdom Trails, according to Maura Adams, program director of the Northern Forest Center’s Bike Borderlands Initiative. Bike Borderlands, a cooperative program between Kingdom Trails and several other mountain biking trail systems throughout northern New England and Quebec, facilitates smooth relations between property owners and recreational users and encourages polite and respectful mixed use through the system. For 25 years, Kingdom Trails has been a jewel among New England mountain biking.

But Kingdom Trails’ success attracting mountain bikers has eclipsed that of its trail systems counterparts, ballooning by nearly 50 percent between 2016 and 2018. About 137,000 cyclists visited in 2018, the majority coming from out of state. In 2019, NEMBAfest alone drew 4,000 participants. Bill Bolles, NEMBA membership coordinator, said the association is working on finding an alternative site for 2021.

The influx has placed a strain on parking, forced Kingdom Trails to reconsider the location of its current visitor center, which it rents, and placed some stress on landowners trying to use their own property.

Anecdotally, many who discuss the ongoing land dispute at Kingdom Trails point to a problem with mountain bikers disrespecting landowners on their property. In one example, a man riding horseback on his own land was allegedly asked by a mountain biker to leave the trail.

“Mountain biking as recreation is still pretty new, and we haven’t developed much of a self-policing culture yet,” Adams says. “We’re working to raise funds and invest in messaging and design work to educate mountain bikers along those lines.”

Eight organizations make up the Bike Borderlands Initiative, and Adams says that all of the system exists on private land except for part of one state park and part of one town forest.

“At the end of the day, if a landowner wants to pull out, there’s not much stopping them,” she says.

For its part, Kingdom Trails has started to aggressively address both landowner concerns and the effect of such growth on the local economy, according to Kingdom Trails executive director Abby Long.

Last fall, prior to the landowner revocations, the United States Department of Agriculture awarded Kingdom Trails a $100,000 rural business development matching grant to address parking and congestion concerns, among other things.

“We know we have a big impact on the local economy,” Long says. “But we also don’t want to be detrimental to the community.”

In February, Kingdom Trails held a community kickoff and public workshop. About 200 attendees looked at interactive maps, offered suggestions, and collaborated with engineers on potential welcome center locations and congestion mitigation. Rules of conduct for trail users were addressed as well.

“Come the summer season, we’re going to have a code of conduct that trail users will sign off on, along with signage and educational videos,” Long said. “What we’re trying to do now is show those landowners that KTA is making great strides. This is a chance to reset and move forward, and to show that we are listening.”