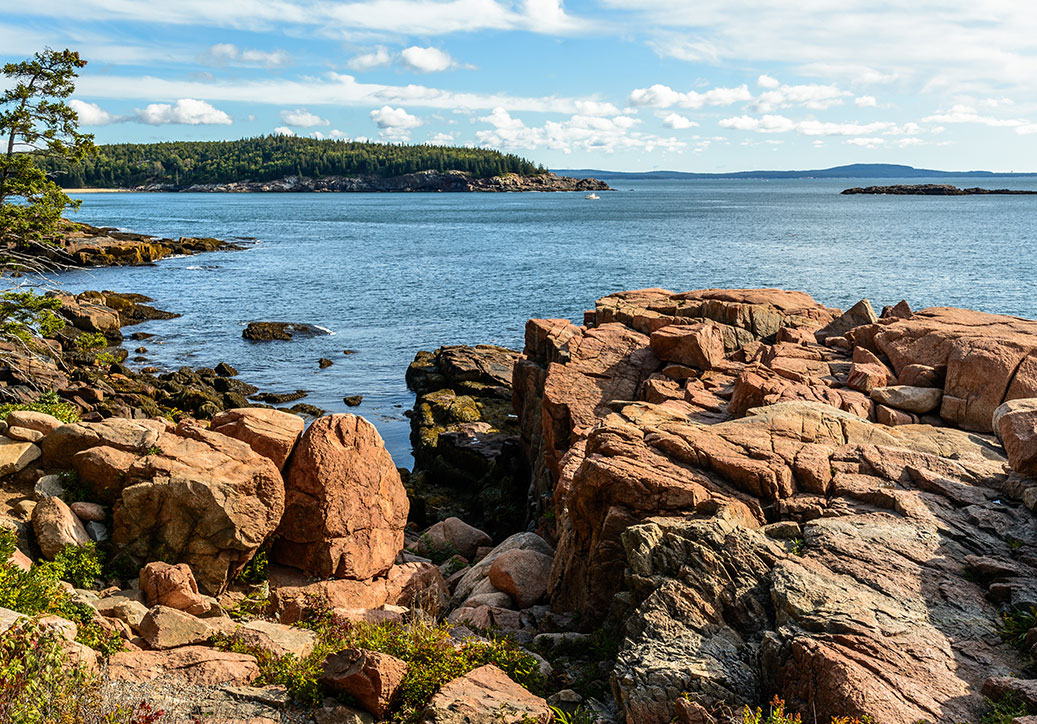 Planning a hike with a disability is no easy feat. Information on trail accessibility can be hard to come by or inaccurate, even in the age of the internet. What’s wheelchair accessible in one part of the year may also be impassable mere weeks later, whether because of snow, ice, or mud.

So, what’s an outdoor enthusiast to do?

In general, trails that meet standards set by the Americans with Disabilities Act (ADA) are a good bet for almost all users. Trails that meet the standards set out in the ADA have slopes under a set grade, obstacle-free surfaces, and a handicap accessible ramp anywhere that steps appear. Many other trails, however, may not meet the bar set by the ADA but are still relatively accessible. These trails may include slopes or surfaces that are challenging for some wheelchair users but pose no obstacles to others. While these five, spread out across the AMC region, are a good starting point, there are many more throughout the Northeast that offer accessible features without compromising views. Happy hiking!

With highlights like the summit of Cadillac Mountain and the Thunder Hole (a rock inlet that amplifies the sound of crashing waves) reachable by car, Acadia National Park already has many relatively accessible offerings. For those looking to get a hike in, the Ship Harbor Trail is a great option. Located in the Park’s Southwest Harbor area, far from the hustle and bustle of Bar Harbor, the Ship Harbor trail forms a figure-eight pattern. The first loop, adjacent to the parking area, has a gravel surface designed for wheelchairs. Hikers can catch coastal views from a cove and dense forests near each other. The second loop, however, includes some rocky terrain and roots, making it unsuitable for most wheelchairs.

Ship Harbor isn’t the only accessible hiking option on Mount Desert Island. While it doesn’t meet ADA standards because of the steeper grades in some sections, Acadia’s Carriage Roads are a solid bet for many users. These trails, 45 miles in total, are made of smooth, finely crushed gravel and are wide enough for any wheelchair.
For more information

With steep terrain and famously unpredictable weather, you may think that accessible trail options in the White Mountains would be limited. However, there are some popular, proven trails that make the cut. The Lincoln Woods Trail is one of them. Located in the heart of the White Mountain region, the trail affords users constant views of the Pemigewasset River and borders the expansive Pemigewasset wilderness area. While several other trails branch out for more mountainous terrain, the Lincoln Woods Trail itself keeps a steady grade throughout its length.

Hikers enter the trail from a large parking lot off New Hampshire Route 112, not far from the town of Lincoln. The lot features a ramp down to the trail and accessible restroom facilities. From there, you’ll cross a suspension bridge over the Pemigewasset River and find yourself on a wide, out-and-back trail of packed dirt. 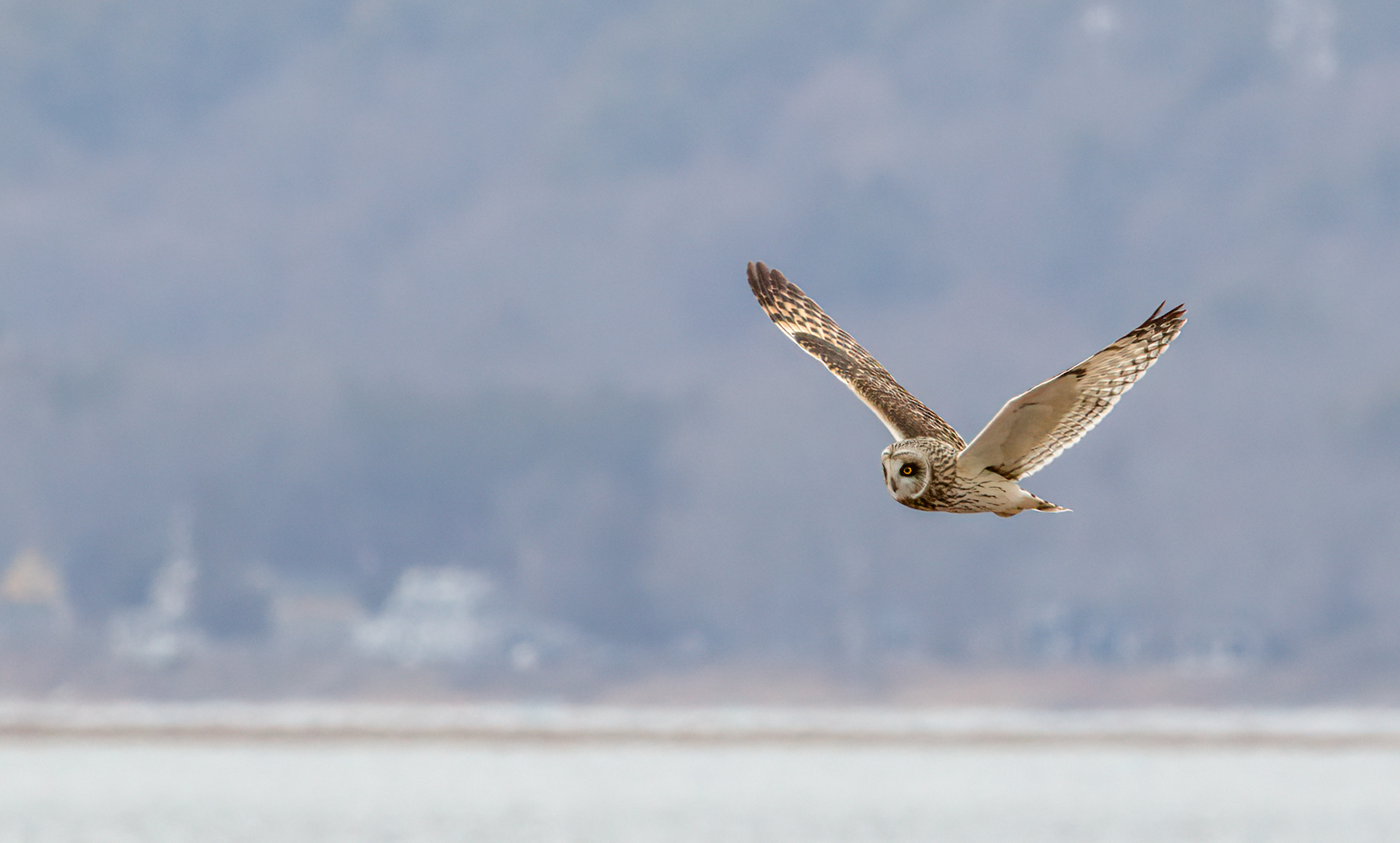 Just a short drive up the North Shore from Boston, the Parker River National Wildlife Refuge is known for its expansive salt marshes, dunes, and the beaches of Plum Island. It’s also a birders paradise, with more than 300 species either native to the area or migrating through, according to the U.S. Fish & Wildlife Service.

In 2020, the Refuge reopened the Hellcat Trail, a wheelchair accessible boardwalk loop that shows off the best of Plum Island. A popular path since the 1970s, the original boardwalk structure was suffering from overuse. Refuge staff used a planned renovation as an opportunity to not only make the boardwalk more durable, but also more accessible to all. The trail has been re-routed around several steep dunes, previously traversed with stairwells and widened from four feet to six. The entire loop is now ADA compliant.

Parking for the Hellcat trail can be found on Plum Island’s Refuge Road about two and a half miles past the Refuge Gatehouse. 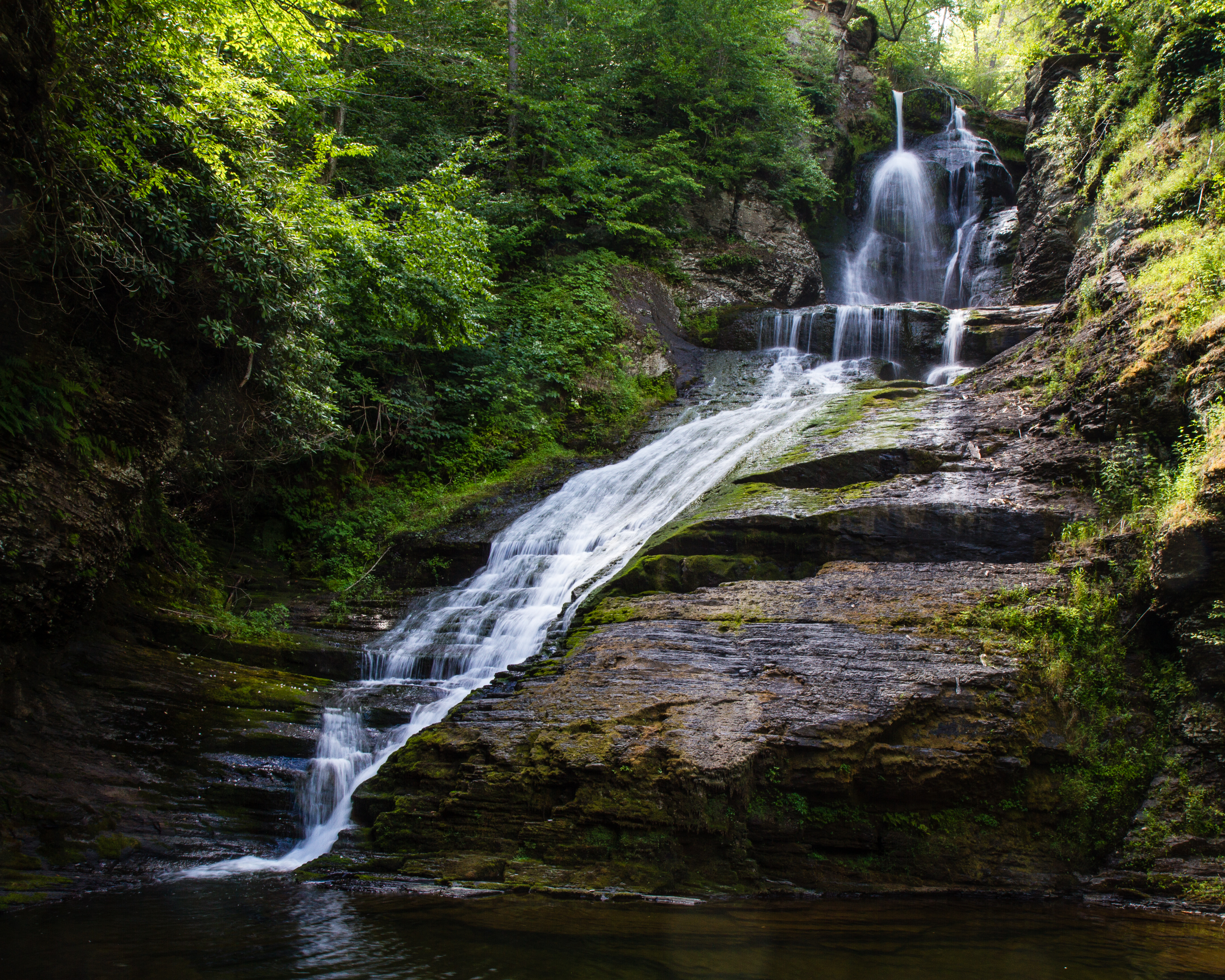 What’s better than a beautiful trail? How about a beautiful trail that features not one, but two waterfalls? Although the shortest trail on this list, the Dingmans Creek Trail covers a lot of ground. Hikers walk along boardwalk through a dense forest and past Silverthread Falls, an impressive waterfall on its own but is just the appetizer here. The trail continues along Dingmans Creek before ending at Dingmans Falls, the second highest waterfall on public lands in Pennsylvania.

It’s important to note that there’s an additional tenth of a mile going right to the foot of the falls that is not accessible to wheelchairs because of its steep descent. Even without this addition, the views of the falls from the boardwalk observation area are worth the journey.

Looking for a place to stay after your outing? The nearby AMC Mohican Outdoor Center features ADA accessible lodging options. 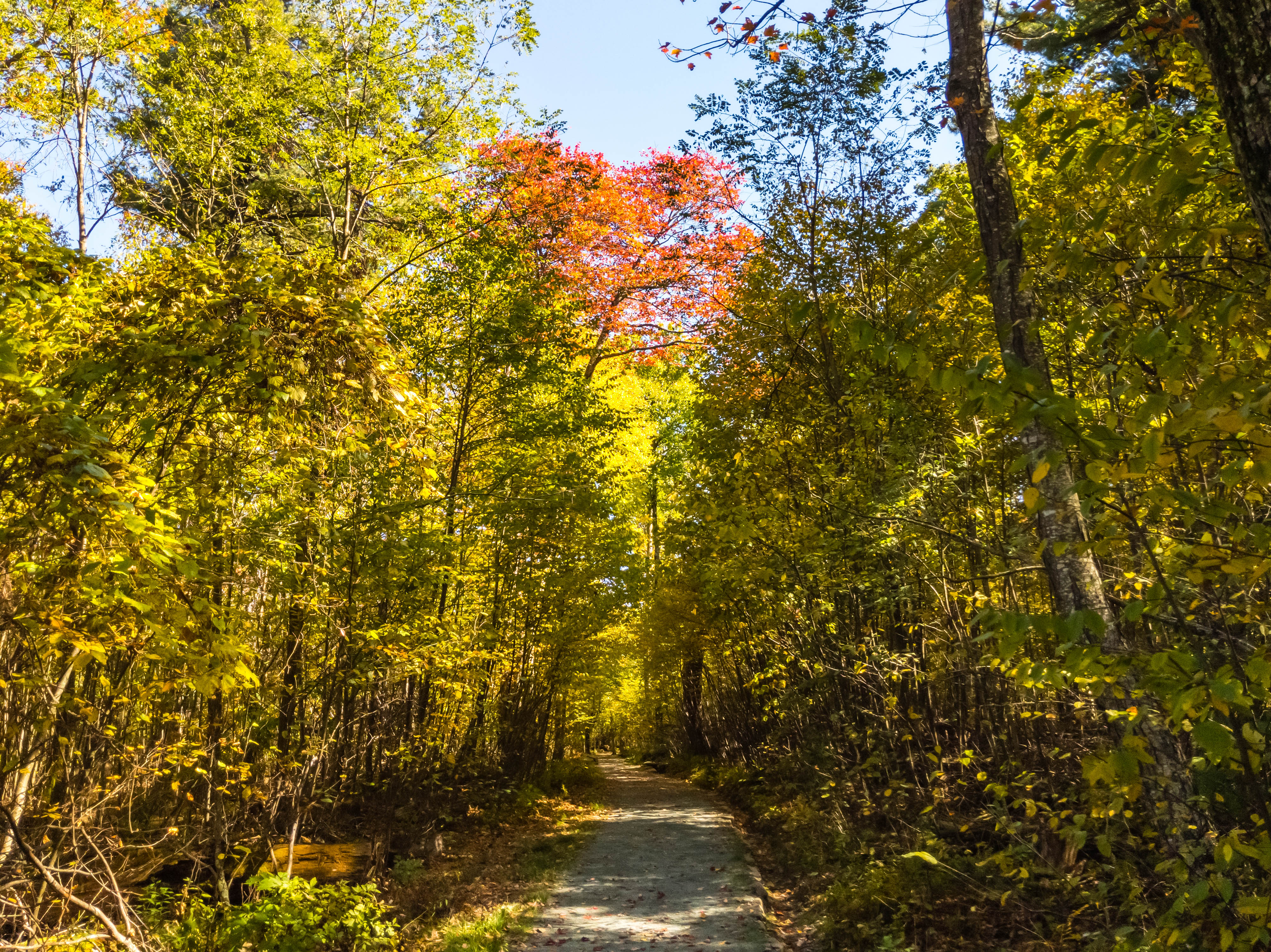 An ADA compliant path in the famed “Skyland” area of Shenandoah National Park, the Limberlost Trail has a lot to love. The trail is made from a finely crushed greenstone material that should be easy for wheelchair users. Hikers can see blooming Mountain Laurels in the springtime and changing foliage in the fall. A stream runs by the path in two different places.