How to See a Moose in New England 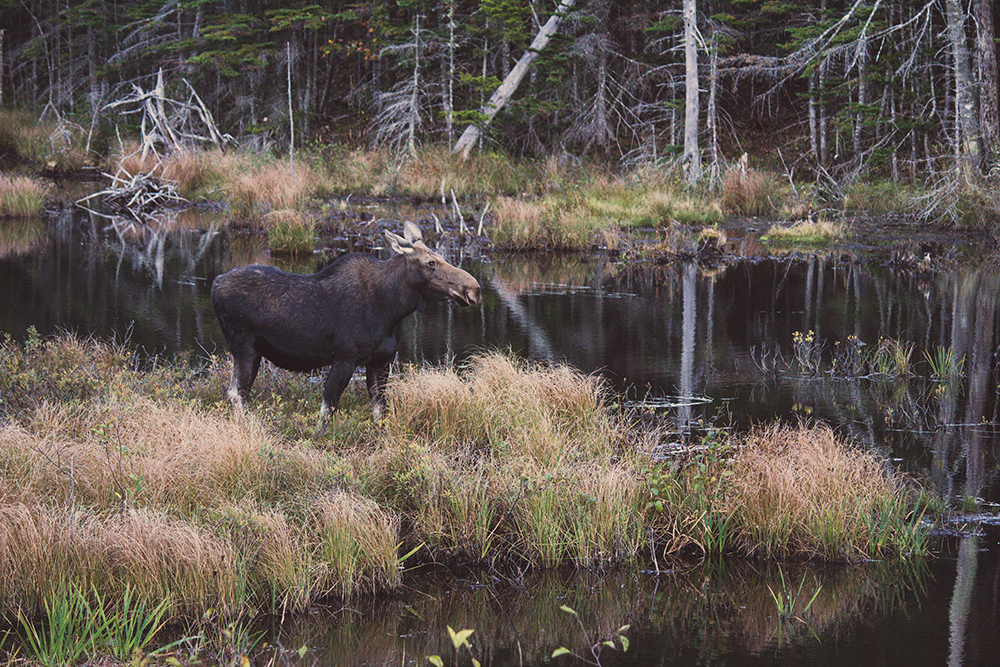 EMILY DAVENPORTExperts are sharing their tips on how to see a moose in New England—like this one spotted in New Hampshire’s Pinkham Notch—which includes the advice to keep one’s distance from the large mammal.

Visitors to the northern forests of New England often have one wish: to see a moose. But even though an adult moose can weigh upwards of 1,000 pounds and stand over six feet tall, they tend to be elusive creatures.

While wildlife is unpredictable, moose are more often seen in certain seasons and locations—intentionally or not. Here are some tips on where to look for a moose, what to look for, and how to keep both yourself and the animal safe should you encounter one. 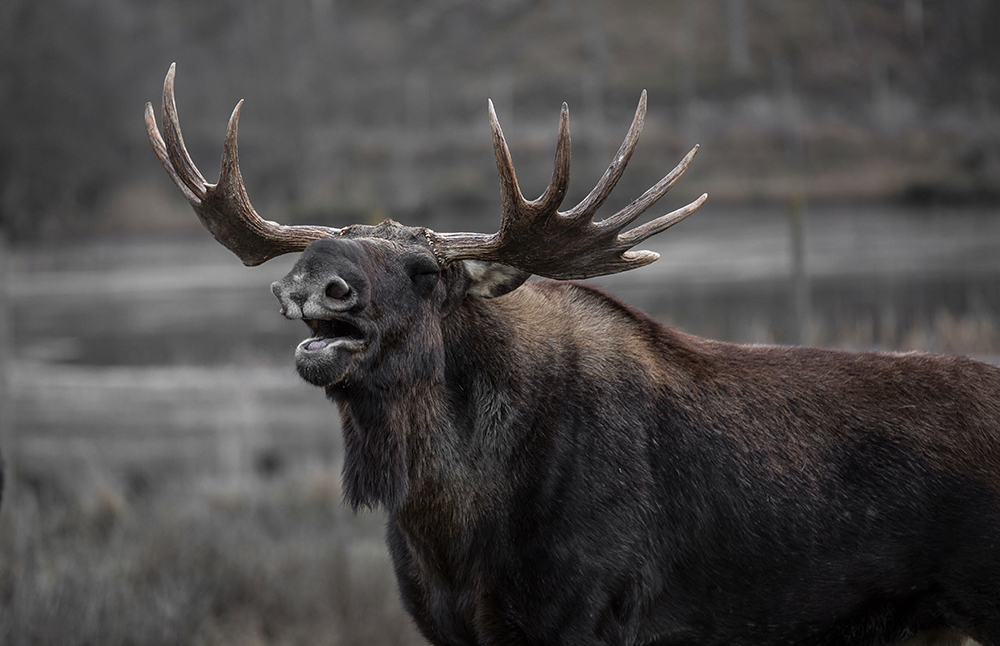 PIXABAYOne’s best chance to see a moose may be in Maine, where recent counts put the population at between 60,000 and 70,000.

Where to See Moose

In the U.S., moose are found in Alaska, regions of the Rocky Mountains, and northern New England, specifically in the northern forests of Maine and New Hampshire.

The most recent estimates put Maine’s moose population, one of the largest in the country, at about 60,000 to 70,000, while New Hampshire’s is estimated to be around 3,000 to 4,000. In addition, roughly 2,000 moose live in Vermont. The moose population has dropped in recent years in part due to the increased prevalence of the winter tick, which is caused by climate change.

While there are some moose in New Hampshire’s White Mountains, most are found in Coos County, north of AMC’s Pinkham Notch Visitor Center. In Maine, moose are prevalent throughout the state, including the 100-Mile Wilderness where AMC’s Gorman Chairback Lodge and Cabins, Medawisla Lodge and Cabins, and Little Lyford Lodge and Cabins are located.

The best places to see moose vary by time of year, explains Lee Kantar, state moose biologist for Maine’s Department of Inland Fisheries and Wildlife. For example, in the spring, moose are often seen alongside roads as they look for runoff and salt or mineral licks; in the summer, moose tend to appear in wetland areas; and in the fall, they spend time in open, cleared areas. In general, because moose are so large, they are often found in open areas where it is easy for them to move, or in wetland or swampy areas where it is easiest for them to feed, according to the state of Maine’s advice for spotting moose.

Moose may also be followed by their tracks, which look like deer tracks, but are larger—about the size of human hands. The imprints vary from two to four feet apart, depending on how fast the moose is moving. 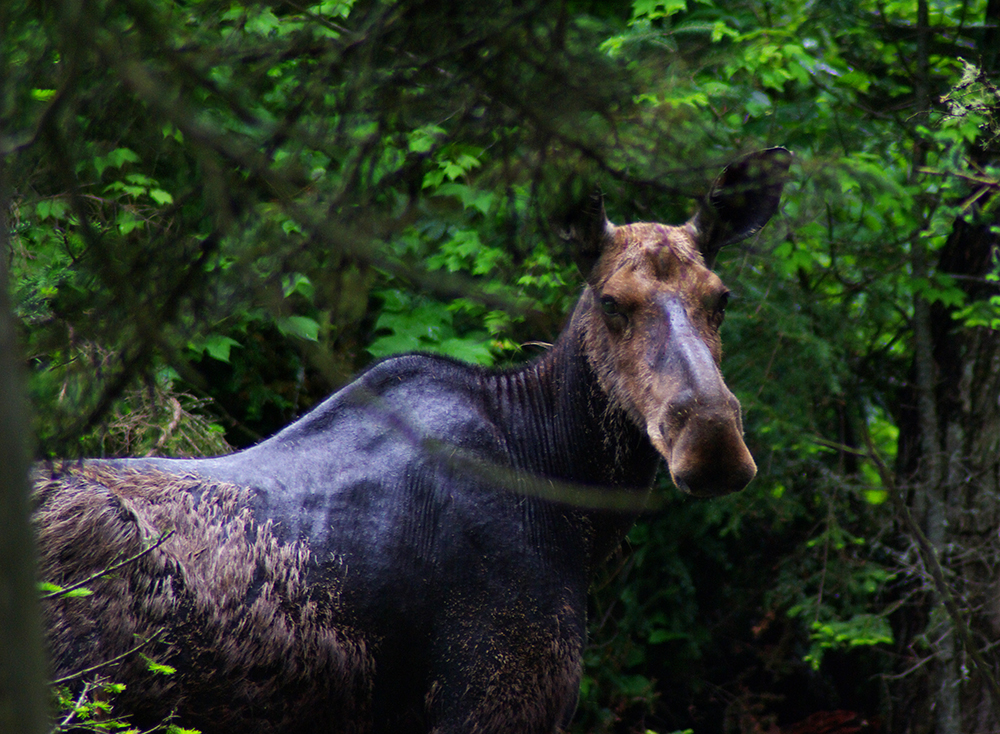 JASSEN / CREATIVE COMMONS BY FLICKRLate spring and early summer are the high seasons for moose sightings.

When to See Moose

Moose are seen the most in late spring and early summer, from May to July, and during the fall, around September and October. In the spring, moose typically feed in wetland areas. This is also the time of year when calves leave their mothers and may look for new areas to live, Kantar says. Fall is mating season, so bulls, or males, will appear with full antlers.

Moose are crepuscular, meaning they are most active at dawn and at dusk. Lower-light conditions at these times of day present risks for driving, so be cautious, Kantar says. (Maine’s Department of Transportation reports hundreds of moose crashes per year.)

EMILY DAVENPORTAn AMC employee spotted this moose near AMC’s Pinkham Notch Visitor Center. For your safety and the animal’s, do not approach a moose if you encounter one in the backcountry.

Safety First and Leave No Trace

AMC encourages people to enjoy the outdoors while minimizing impacts on the environment through the seven Leave No Trace principles. One of the seven principles is to respect wildlife, because when we recreate outdoors, we are entering the homes of many plants and animals.

If you do encounter a moose, remember that getting too close can put you in danger and make the animal feel unsafe and stressed. If a moose notices you or starts moving toward you, attempt to move away and also let the moose know about your presence—calmly. And pay attention to the animal and its behavior, Kantar explains.

“Moose give you a tell-tale sign when they’re not happy,” Kantar says. “They start to roll their eyes back, their hair stands up on their back, [and] they can pin their ears back.”

Moose attacks are rare, however, and Kantar says appreciating the animals from a safe distance is a rewarding benefit of being outdoors in the Northeast.

“The rule of thumb with all wildlife is that…people need to give animals their space and their distance,” Kantar says. “If you keep your distance, then it shouldn’t be a big issue.”