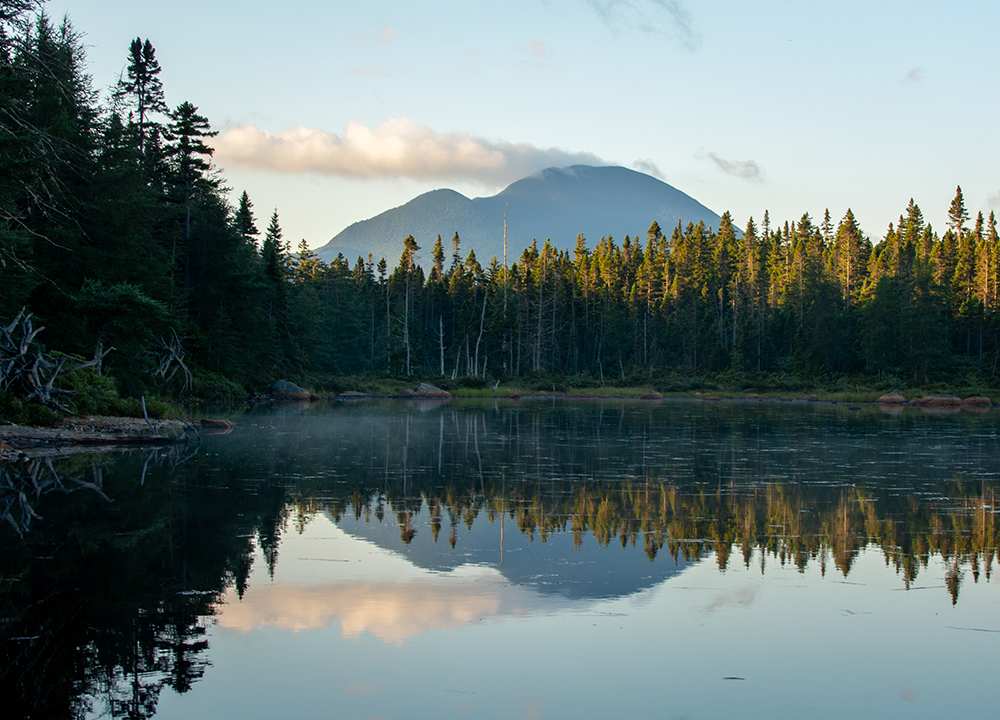 NICHOLAS ALLUNI / AMC PHOTO CONTESTDr. Sarah Nelson, AMC’s director of research, has been compiling geochemical data from 257 ponds in the northern Appalachian and Adirondack mountain ranges to observe the effects of changing air quality and climate.

AMC scientists have studied the patterns and effects of climate change and air quality in the Northeast for decades. Here’s a sampling of some of that research. 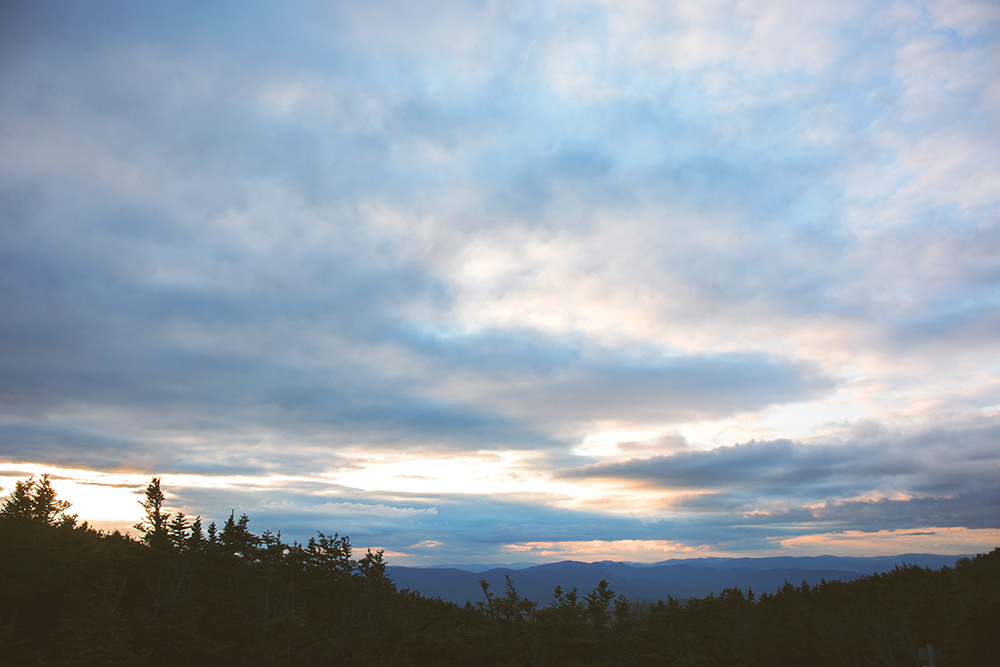 PAULA CHAMPAGNEAMC has been involved in air quality research in the White Mountains since the 1930s, when Joe Dodge began collecting samples.

Both climate change and air quality issues are caused by emissions of certain pollutants to the atmosphere. Since the 1980s, AMC has been advocating for and studying air quality in New Hampshire’s White Mountains. Scientists have studied acid rain and clouds, ozone concentrations, and fine particulate levels.

AMC’s scientists have tracked significant improvements in air quality in the White Mountains. For example, between 2001 and 2018, visibility on the haziest days has improved by 30 miles in the White Mountains. And, in 2020, the median cloud and rainwater concentrations for sulfate, nitrate, ammonium, and hydrogen ions—indicators of acid rain—were considerably lower than they were in earlier decades.  These show the efficacy of regional air quality policies like the Regional Haze Rule.

Policies that reduce greenhouse gas emissions likely reduce other air pollutants, and vice versa. These “co-reductions” help to clear the air while also bending the curve on carbon dioxide. 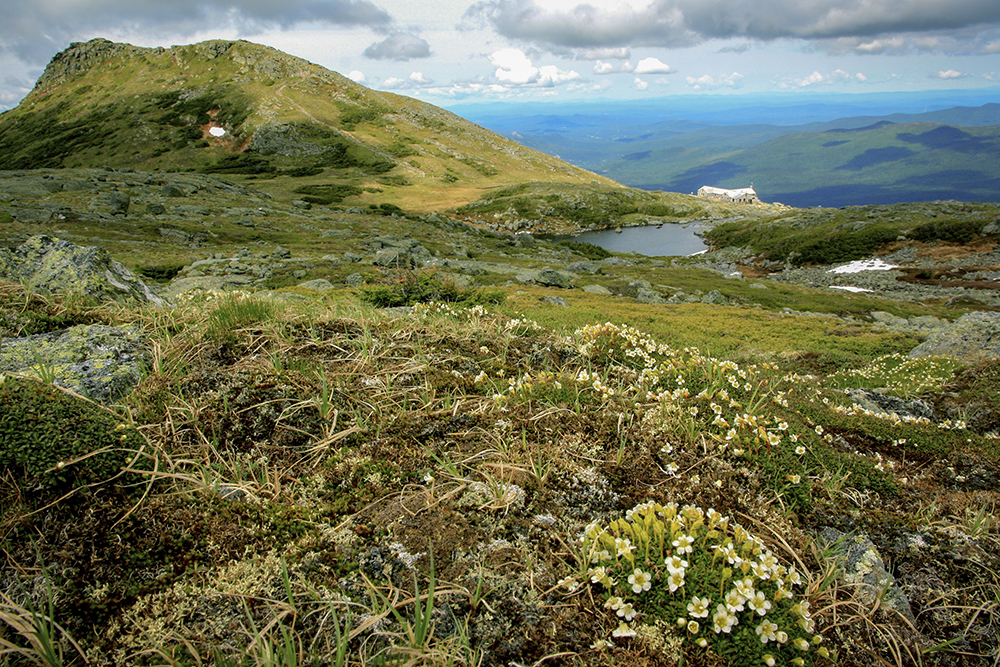 ERIC PEDERSENWhat impact is climate change having on alpine flowers (like the diapensia shown here near AMC’s Lakes of the Clouds hut)? AMC researchers are studying them to find out. In the distance, the mountain pond behind the pond contains geochemical data that may unlock the various impacts of air pollution and climate change in the alpine zone.

AMC’s staff scientist Georgia Murray has led community science efforts at AMC for nearly 20 years.  In our most recent project, hikers and staff volunteers record the flowering times of six alpine plant species using the smart phone app iNaturalist. Anyone can help; you don’t have to be botanist. Earlier data collected by AMC showed that alpine plant flowering is only a day or so earlier in the spring, Murray says. But we need decades of observations to really look for trends.

“We’re trying to gather more data on observed flowering times and relate that to specific weather conditions we’re seeing each year,” Murray says. “And then once our dataset is long enough, we can answer that question about whether we are seeing effects of climate change.”

Dr. Sarah Nelson, AMC’s director of research, has been compiling geochemical data from 257 ponds in the northern Appalachian and Adirondack mountain ranges to observe the effects of changing air quality and climate. Mountain ponds are a great natural laboratory, she says, because they are susceptible to air pollution, changing precipitation, and warming climate, but are generally not affected by human development in their small, remote watersheds. A subset of these ponds in Maine have been studied since the 1980s by the University of Maine–Orono and Farmington.

Nelson and colleagues are also studying how shorter winters affect lake food webs in mountain ponds. These data are being compared to ponds in lower-elevation coastal areas to answer the question: do mountain ponds hold onto the cold longer than ponds in other areas? 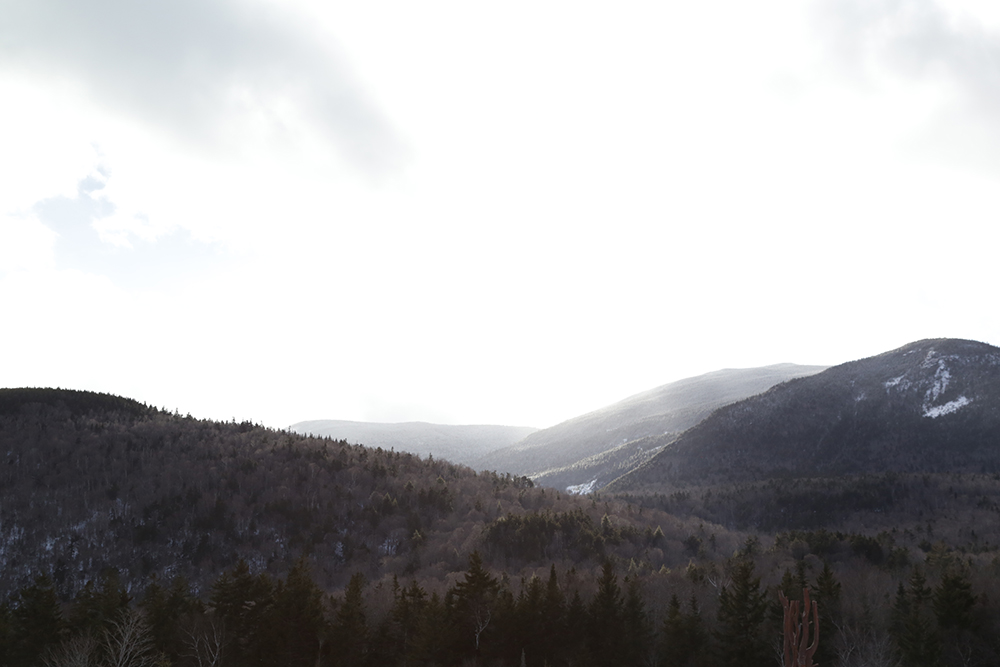 BRADY ROBINSONNew England winters are warmer and less snowy in recent decades, according to ongoing research by AMC scientists and their colleagues.

The Changing Character of Winter

Winters in the Northeast are now shorter and less snowy than they were 100 years ago, according to a study from AMC’s Nelson and researchers at the Hubbard Brook Research Foundation, University of New Hampshire (UNH), University of Winnipeg, and University of Maine. Since 1917, the Northeast has lost about 19 days with snow cover as well as 20 frost days—when it is below 32 degrees Fahrenheit, cold enough to keep snow frozen. Overall, winters are now roughly three weeks shorter, due largely to an earlier arrival of spring weather.

Nelson and researchers at University of Winnipeg and UNH also partnered to study “weather whiplash” events—wild swings between frozen and unfrozen conditions. These types of weather events are occurring more frequently due to climate change. “There’s an outsized impact of getting weather at the wrong time of year when we’re not expecting it,” Nelson says.

While the climate is clearly changing in the mountains, some weather variables, like snowfall, are more difficult to characterize. Strong winds near the summit create drifts, for example. This winter, AMC joined the multi-organization Community Snow Observations project, a community science initiative that asks backcountry adventurers to record snow depth in a smartphone app. Scientists are using the submitted measurements to fill in gaps in their data, improve their climate models, and better understand how climate change may be transforming Northeast winters.