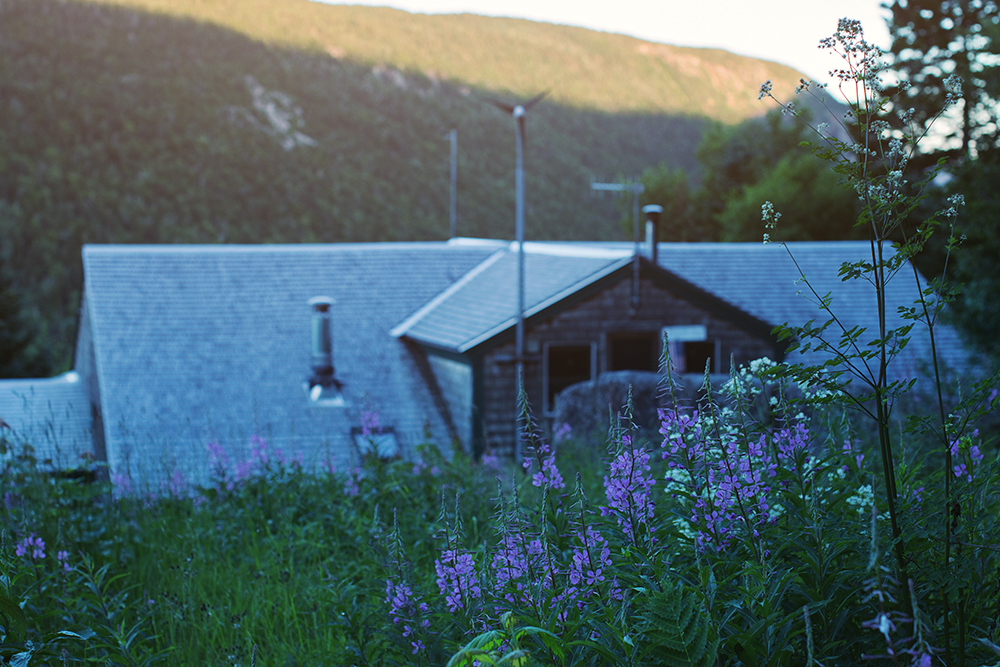 Above tree line, conditions can be extreme. Temperature swings, high winds, icy winters, blowing snow, and acidic soil all make the so-called alpine zone a tough place for plants to live and grow.

Yet many plants have adapted to rely on—and thrive in—these environments. Plants found in Arctic regions also live in the alpine areas of many of the peaks in New Hampshire’s White Mountains and other mountainous regions of the Northeast, thanks to adaptations like waxy leaves, evergreen leaves, and the ability to grow close to the ground.

“These plants are the base of the community that’s up there in the alpine zone,” says Georgia Murray, AMC’s staff scientist. For almost 20 years, Murray has been studying the ranges and flowering times—or phenology—of many alpine plants commonly found in the White Mountains to see if they are being affected by climate change.

“The plants, on their own, are amazing,” Murray adds. “Think about the strategies that they have to be able to survive in this type of environment. People need to slow down and take a look at these species, and they’ll recognize their value.”

Before you go on your next hike in the White Mountains this spring or summer, get to know the amazing alpine plants you might see while you’re out. Read our guide to six of these alpine plant species, then help AMC collect data on these plants as part of the Northeast Alpine Flower Watch community science project by using the iNaturalist app on your hike.

Remember that many of these plants in the alpine zone are fragile and may be hundreds of years old, so don’t step on them or harvest their parts, even if they are edible. 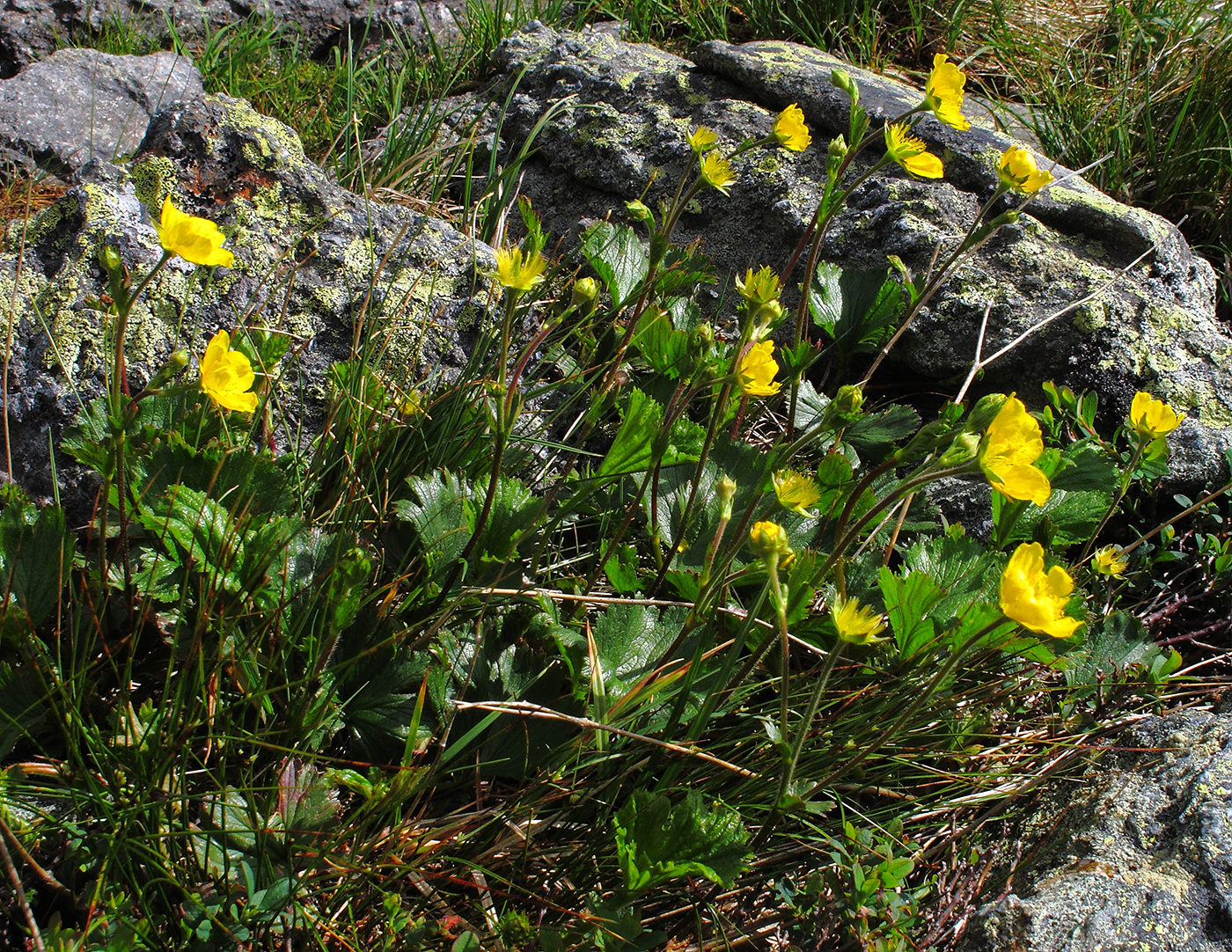 Found only in the White Mountains and Nova Scotia, Mountain Avens has round or kidney-shaped leaves with a toothed edge and quarter-sized yellow flowers. Each flower stem has five white petals, with small, pointed leaves underneath each one. Leaves and flower stems grow directly from the ground, and each stem carries one to five flowers.

Bigelow’s Sedge has grass-like leaves with wide, but narrow, blades, and it has flower spikes with dark-purplish scales. Flowers emerge from behind these spikes. You’ll often find Bigelow’s Sedge in a lawn or a meadow, so it is easy to mistake it for grass. But a way to tell the difference, Murray says, is “sedges have edges, rushes are round, grasses have knees that bend to the ground.” 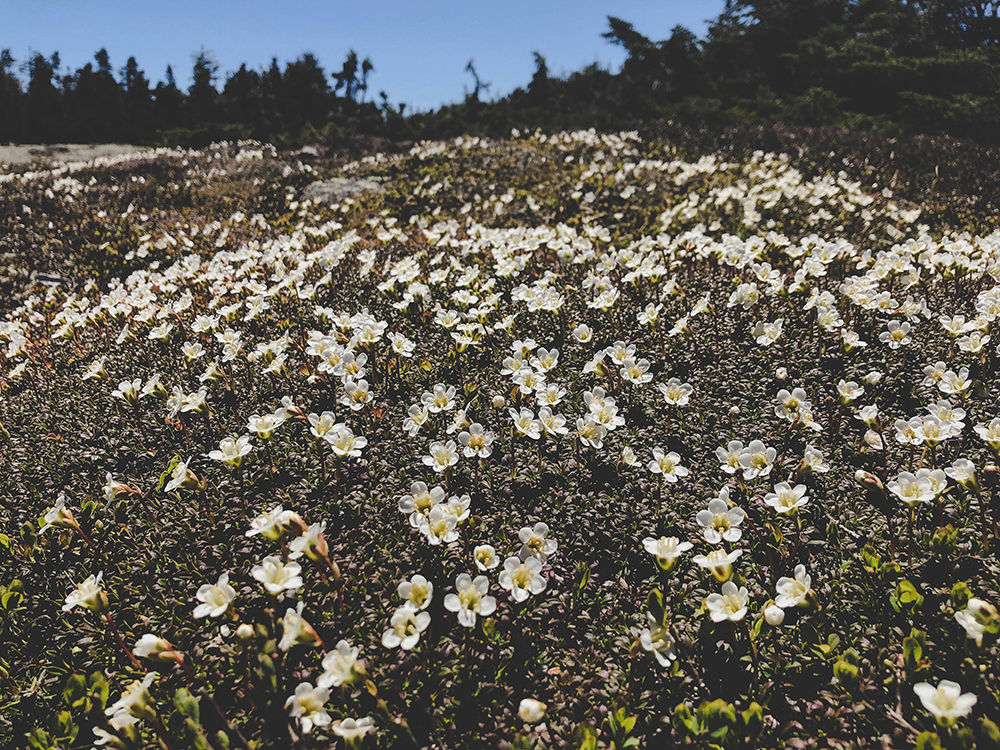 Known as a “cushion-plant” because it forms a low-growing mat, Diapensia has evergreen leaves that form tight rosettes often around a flower or leaf bud. The flowers are white and have five petals fused at the base like a goblet. 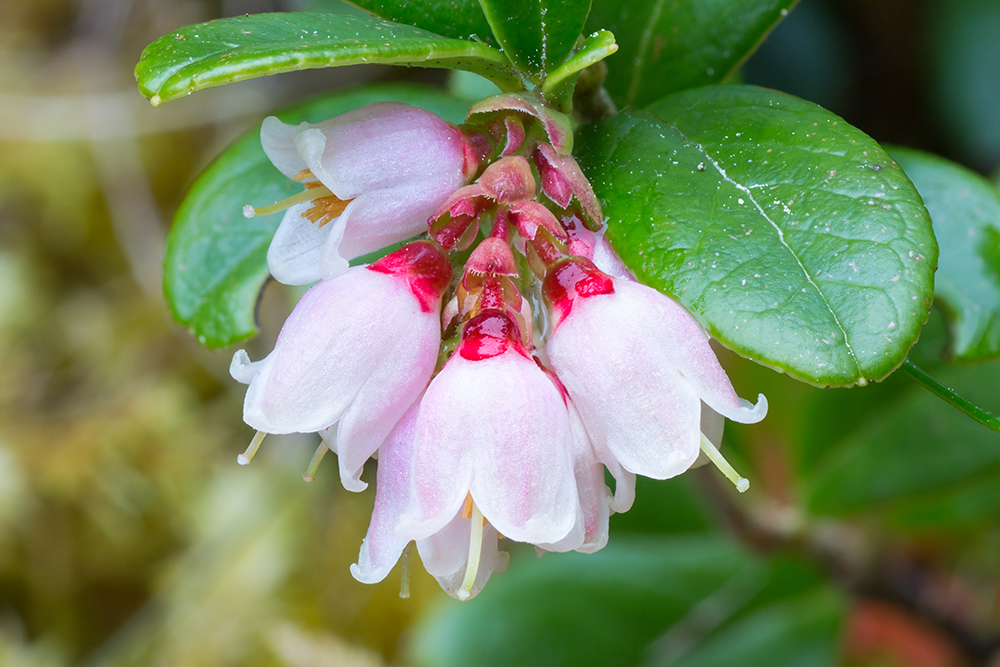 Sometimes called lingonberry, the Mountain Cranberry is a low-growing plant with small, round, thick, and waxy evergreen leaves and light pink flowers. In late summer during fruiting season, it produces red berries that, of course, look like cranberries—but best to leave these berries for the alpine birds and small mammals. 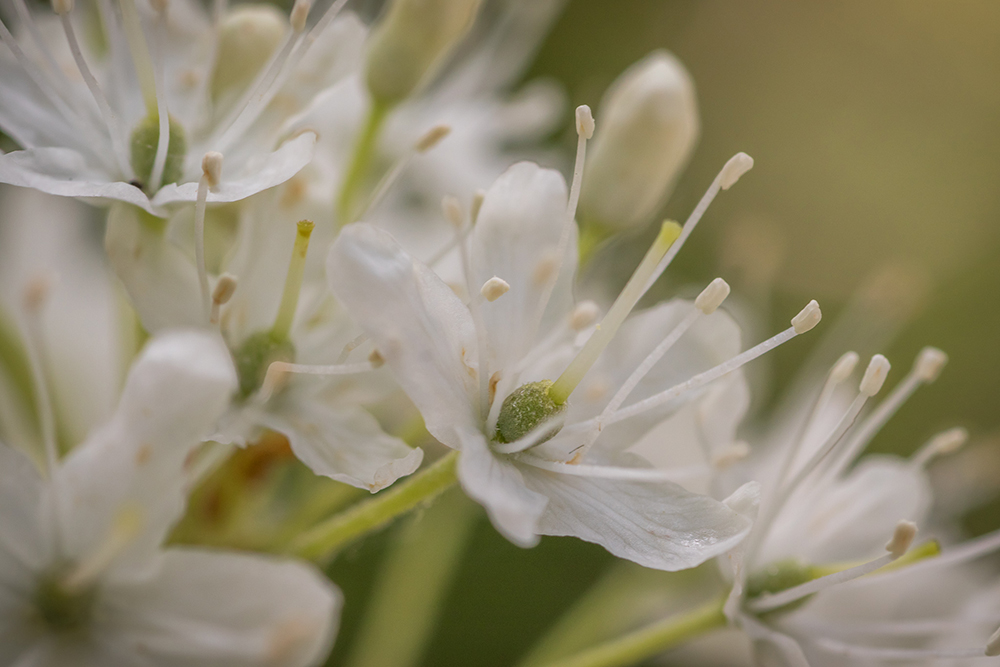 Labrador Tea is a shrub, growing up to two feet tall, with long, leathery leaves that fold under themselves at the edges. Under the leaves is a brown fuzz. Its flowers form clusters, with each flower containing five petals and protruding, thread-like stamens.

Alpine Bilberry is a low shrub that produces berries that look like blueberries or cranberries. These fruits are not only food for the alpine herbivores, but also contain the seeds for plant dispersal and regrowth.  Leaves are green, sometimes with a blueish hue that becomes purple or red in the fall, and are nearly circular, with a rounded tip. It has white or pale pink bell-shaped flowers with fused petals.