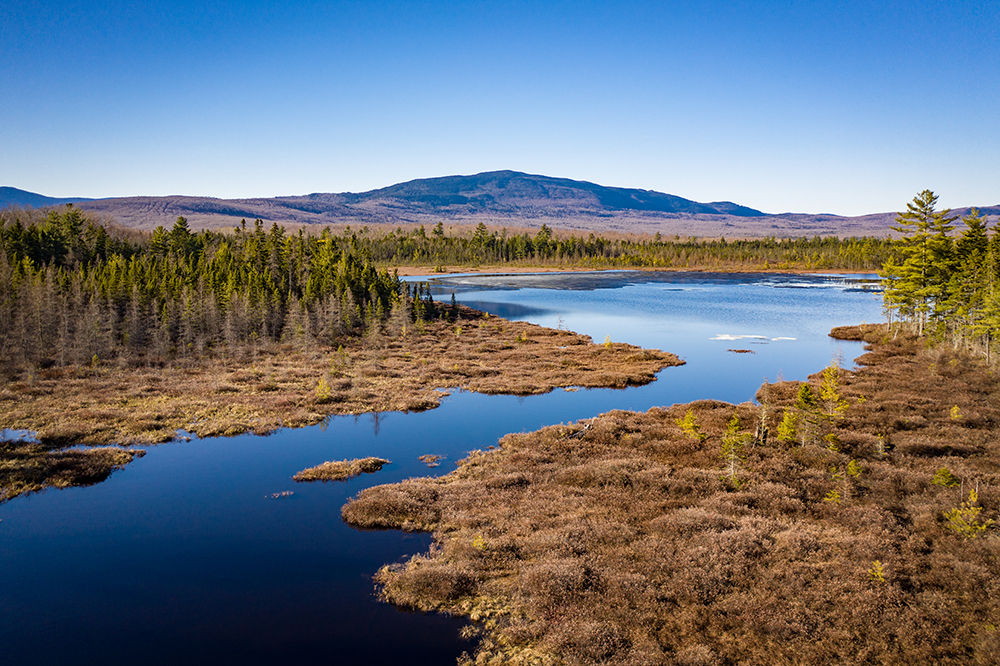 ISAAC CRABTREENinety-five percent of Maine’s land—including the Pleasant River Headwaters Forest, which AMC is in the process of purchasing—is privately owned.

Here’s a Maine fact you may not know: Vacationland’s well-known federal- and state-owned public lands—including Acadia National Park, Baxter State Park, and the Bigelow Preserve—account for just 5 percent of the state’s forests. That’s right, almost 95 percent of Maine’s forest land is privately owned. And around half of that private land—about 10 million acres in total, or about twice the size of the state of New Jersey—is open for public recreation, according to the Maine Department of Inland Fisheries and Wildlife (MDIFW).

Public access on private land is a longstanding tradition in Maine, and “implied permission” is written into state law: unless posted otherwise by the landowner, it is legal to access the land.

“There aren’t too many places, if any, that have the same level of public recreation on private land like we do in Maine. You just don’t see that in other places,” says Steve Tatko, AMC’s director of Maine conservation and land management.

But who actually owns all of this land? It’s a complicated mix of ownership, from investment corporations to families to conservation organizations, that has seen major changes over the last several decades—changes that have had important effects on both outdoor recreation and conservation. 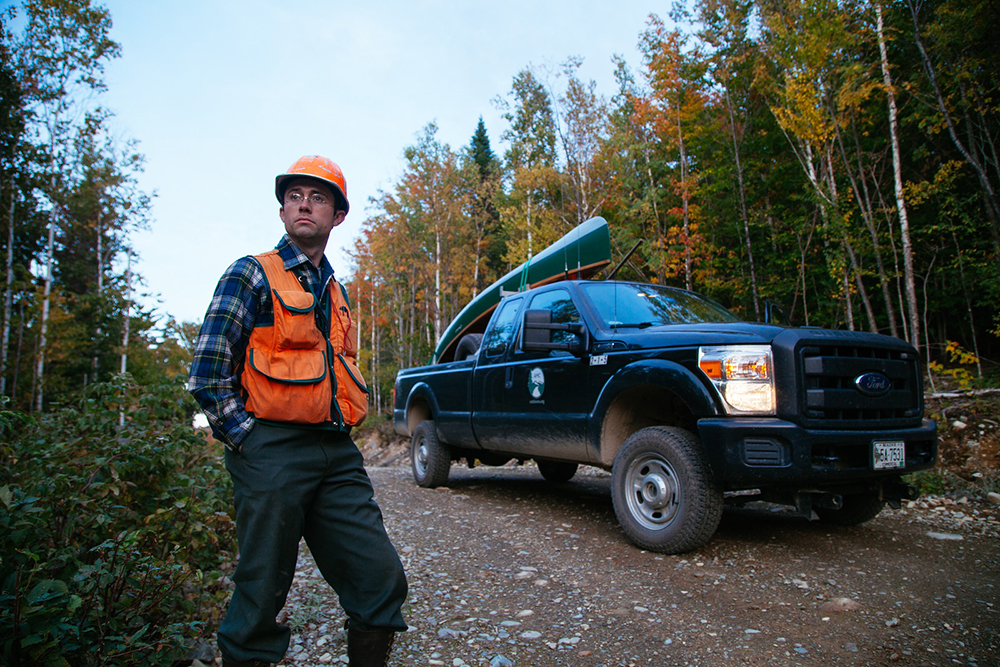 From Abenaki to Paper to Investments

Maine’s first land managers were Indigenous, specifically the Abenaki tribe, who lived, farmed, and hunted throughout much of the state. (Abenaki culture is still evident in many places in Maine.) That changed, of course, with the arrival of European settlers. Beginning in the late 1800s, for roughly a century the paper industry dominated the state of Maine. “Maine was to paper as Detroit was to American automobile industry,” writes Michael Hillard, a professor of economics at the University of Southern Maine, in his book Shredding Paper: The Rise and Fall of Maine’s Mighty Paper Industry. At its peak, paper companies—such as Great Northern and Oxford—owned more than half of Maine’s land area, according to Hillard.

But in the 1990s and early 2000s, the declining paper industry, changes in companies’ management, and a complicated mix of global economic forces led many of these paper companies to sell their land, Tatko explains. “For local communities, that period of time in the 1990s and the early 2000s was gut-wrenching,” Tatko says. “The system of land ownership that people were used to for literally a century disappeared.”

In many cases, the new landowners were real estate investment trusts (REITs) or timber investment management organizations (TIMOs). Instead of viewing Maine’s forests primarily as an industrial resource—like the vertically integrated paper companies did—REITs and TIMOs still harvest timber but view the land as a financial investment. These investments are often part of institutional funds, which explains why Yale University, for example, is indirectly one of Maine’s largest landowners.

Today, REITs and TIMOs own roughly 30 percent of Maine’s forest land, mainly in the northwestern and north-central parts of the state. Industrial owners—that is, paper companies—still own some land in the most northern regions of Maine, while “family owners” or non-corporate entities own roughly the same amount of land as REITs and TIMOs. 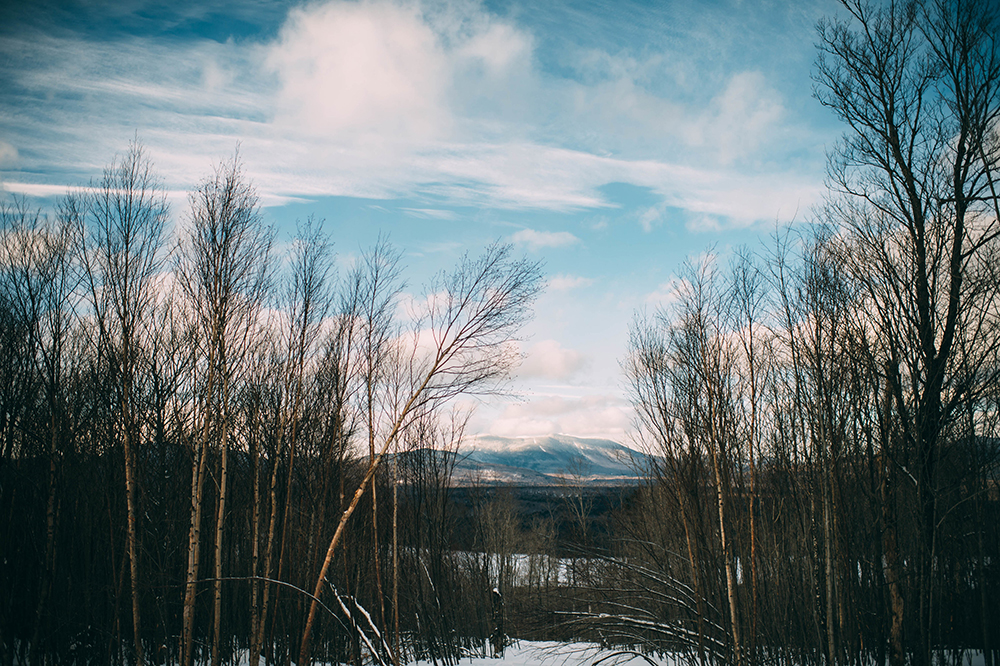 ALEXANDRA KOSIBAVisitors flock to stay and play on Maine’s private lands, including AMC Gorman Chairback Lodge and Cabins in the Maine Woods.

In general, although land ownership has changed hands in recent decades, Maine’s long tradition of public access on private land continues today. In some ways, little has changed in most areas of the state: timber is still being harvested and land is open for recreation.

But it can be complicated, especially for visitors to the state, to understand how this unique system works. What’s allowed in one area may not be allowed in another, and some landowners—such as AMC—invest more in recreation infrastructure than others.

“For a lot of people, northern Maine is very confusing because there’s no one place to go to get information,” Tatko says. “So, it makes that recreation experience, unless you’re ‘in the know,’ kind of hard to understand what’s allowed, and where, and when, and who even owns the land. That definitely is a challenge in some ways for lots of people.”

Gate systems like North Maine Woods and KI Jo-Mary (which contains some of AMC’s Maine Woods Initiative land) manage recreational access for a variety of landowners in the northern part of the state. In other areas, however, it can be less clear for visitors what they can do. While access is legally permitted unless posted otherwise, MDIFW encourages people to check with landowners ahead of time and follow some common courtesies. 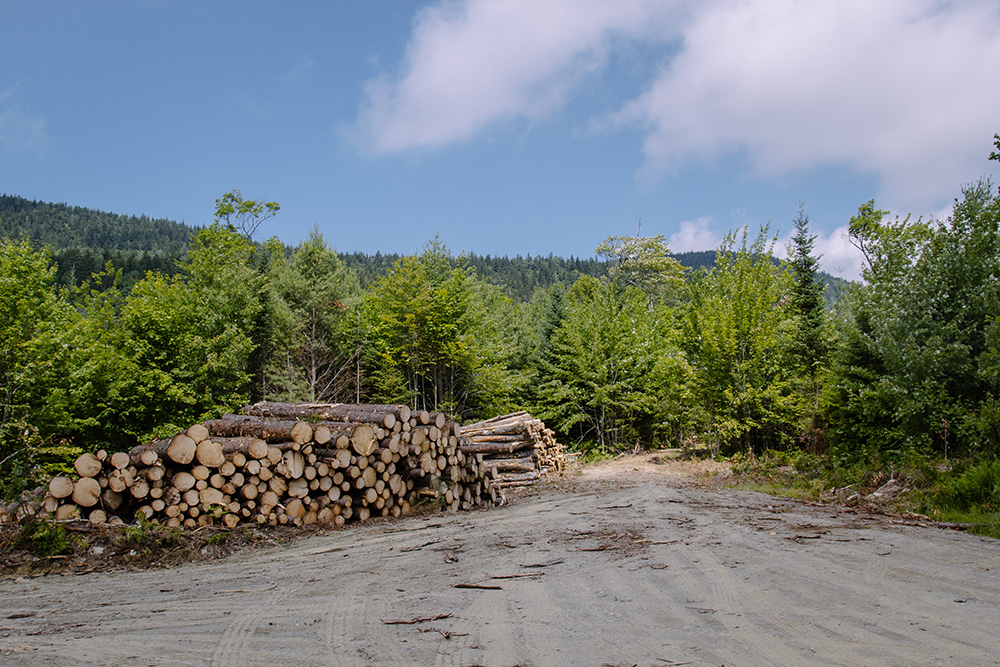 GARRETT ENGLISHAMC uses a portion of its land holdings in Maine for responsible forestry operations.

While the decline of the paper industry led to REITs and TIMOs purchasing land in Maine, it also opened the door for conservation organizations like AMC to buy land.

In 2003, AMC launched its Maine Woods Initiative with land it purchased from International Paper. At the time, AMC had considered other locations, including the Adirondacks and southern New England, to implement its unique multi-use land management model—but there was no better place to buy large tracts of land in the early 2000s than Maine, Tatko says.

“Every time something came up for sale, there was an opportunity to conserve it and protect it permanently for sustainable forestry or public recreation or both,” Tatko says.

AMC has conserved more than 70,000 acres to date through its Maine Woods Initiative and is in the process of raising the money to purchase the 26,740-acre Pleasant River Headwaters Forest. Statewide, four million acres of land are conserved and protected from development, roughly four times the conservation land that existed in 1990.

And just as AMC took advantage of the land sales that occurred in late 1990s and early 2000s, another wave of sales is happening now, Tatko explains—including AMC’s 2019 commitment to buy the Pleasant Rivers Headwater Forest from an investment fund, where Tatko heads up a responsible forestry operation.

“There’s a moment in time in which we have this opportunity,” Tatko says about conserving these lands, adding that timing is crucial in land protection. “If we’re not prepared for some of these things to come down the line, we could miss them.”