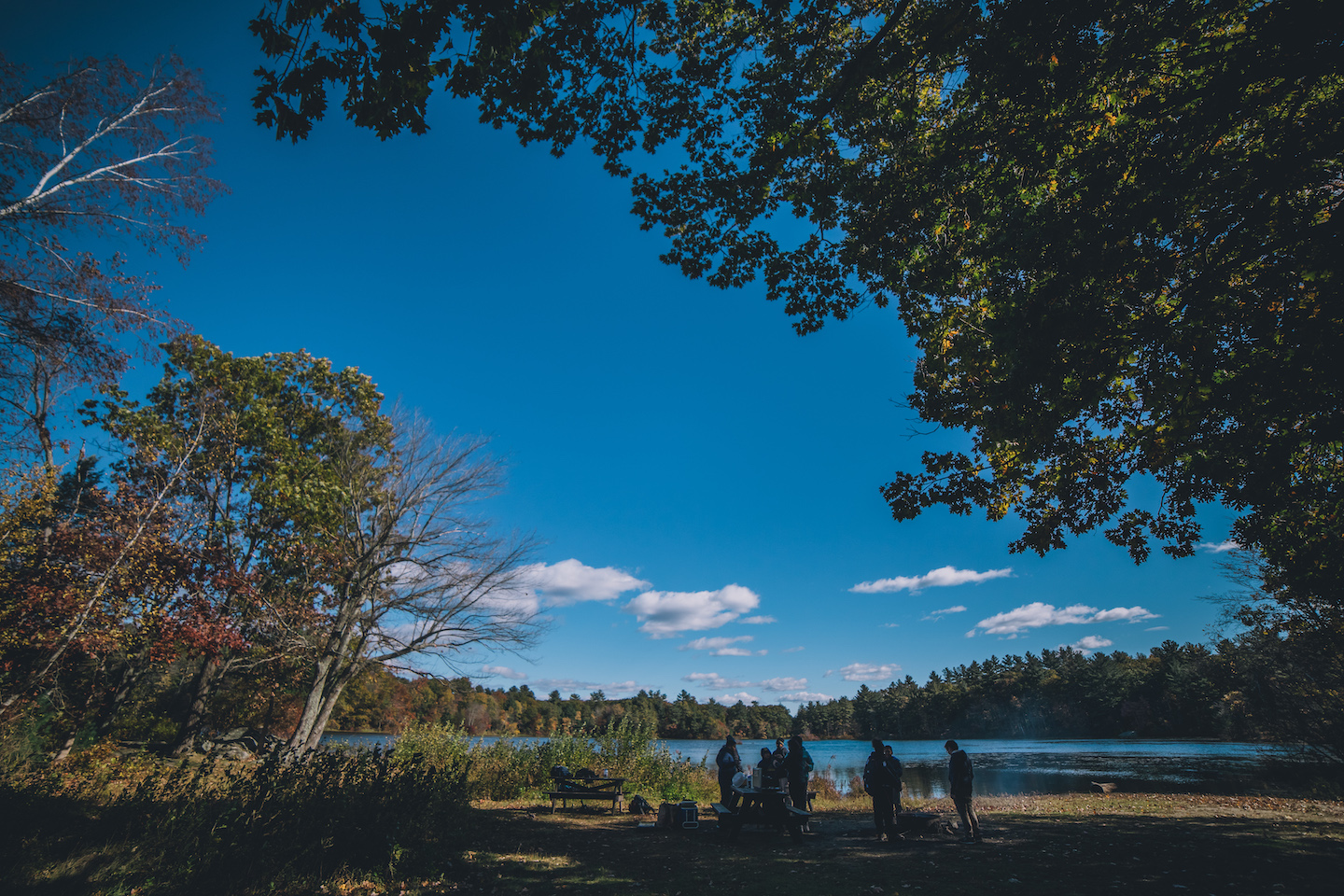 “The air just feels so good because it’s not in the city.”

“It always feels like a much-needed breath of fresh air. I always feel better after.”

“I met some new students that I had never talked to before.”

These are just a few of the comments that school social worker Erin McNiff hears after she takes her students outside. She is one of several staff at Phoenix Academy in Lawrence, Mass., who bring their high school students on day trips to go hiking. Developing outdoor skills is part of the curriculum at the school, she explains, where experiential learning is an important focus for students.

So far this year, all 125 students at the school have gone on outings, such as hiking at nearby Harold Parker State Forest in Andover. However, despite the forest being a short drive from the school, many of the students tell her they’ve never been there before. In fact, many of them have never even been hiking before. 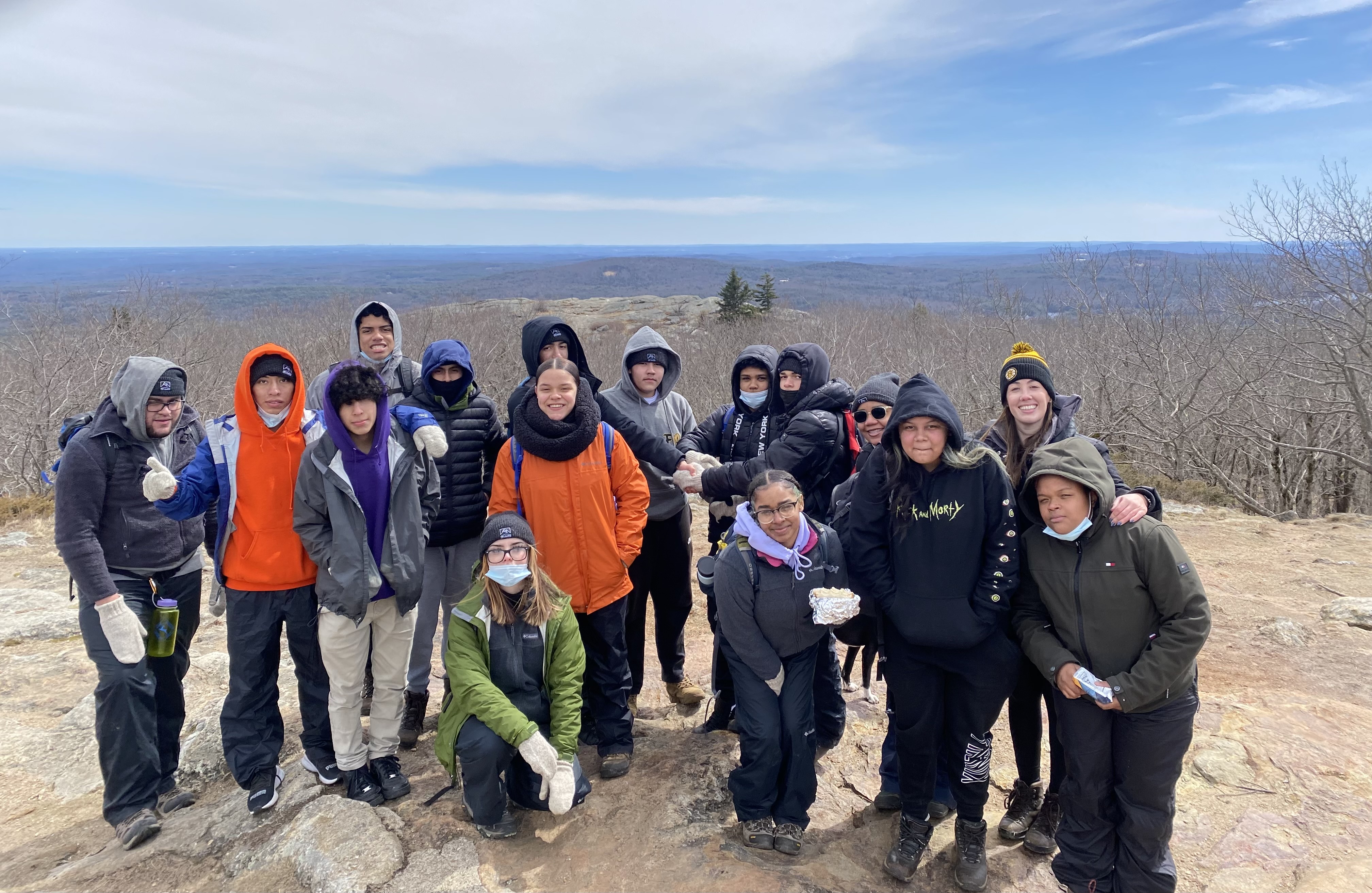 Photo Courtesy of Erin McNiffErin McNiff and her students from Phoenix Academy pose for a photo at the summit of Mt. Watatic in Massachusetts.

There are a number of barriers that prevent youth from getting outside, including transportation, time, and family culture. One of the most significant barriers is access to gear—like boots, backpacks, clothing, water bottles, and more—because it is so expensive. But thanks to their school’s working partnership with the Appalachian Mountain Club’s Educators Outdoors program, which operates an outdoor gear library right in the state forest, McNiff and other teachers are able to borrow gear to use with their students during these outings.

“It’s like a library where you already reserved the book,” says Nate Schumacher, who is a community support manager with AMC. He is standing in the middle of the Boston Gear Hub, which is one of several AMC gear libraries located in the Northeast. On the wall behind him are floor-to-ceiling cubbies filled with sleeping bags and tents, to his right are rows and rows of hiking boots, organized by size, and on his left is a wall lined with hiking backpacks.

There is enough gear in this Boston facility to outfit 10 groups with 10 people each. This particular gear hub has outfitted more than five hundred trips each year, on average, since 2015, although in more recent years that number has decreased due to the Covid-19 pandemic.

“One of our core values is that the outdoors should be accessible to all,” says Schumacher. He coordinates the use of the Boston Gear Hub and the gear shed in Harold Parker State Forest, plus others located at Camp Ponkapoag and the Worcester Land Trust in Massachusetts, and the New Haven Gear Shed in Connecticut. There are more gear libraries operated by AMC staff at several sites in New York, New Jersey, and Pennsylvania as well, including the Ecology Village in Brooklyn and the Mohican and Harriman Outdoor Centers.

The gear libraries have strategically been sited near populations who can most benefit from using them. “Our goal is to meet people where they are,” says Schumacher. 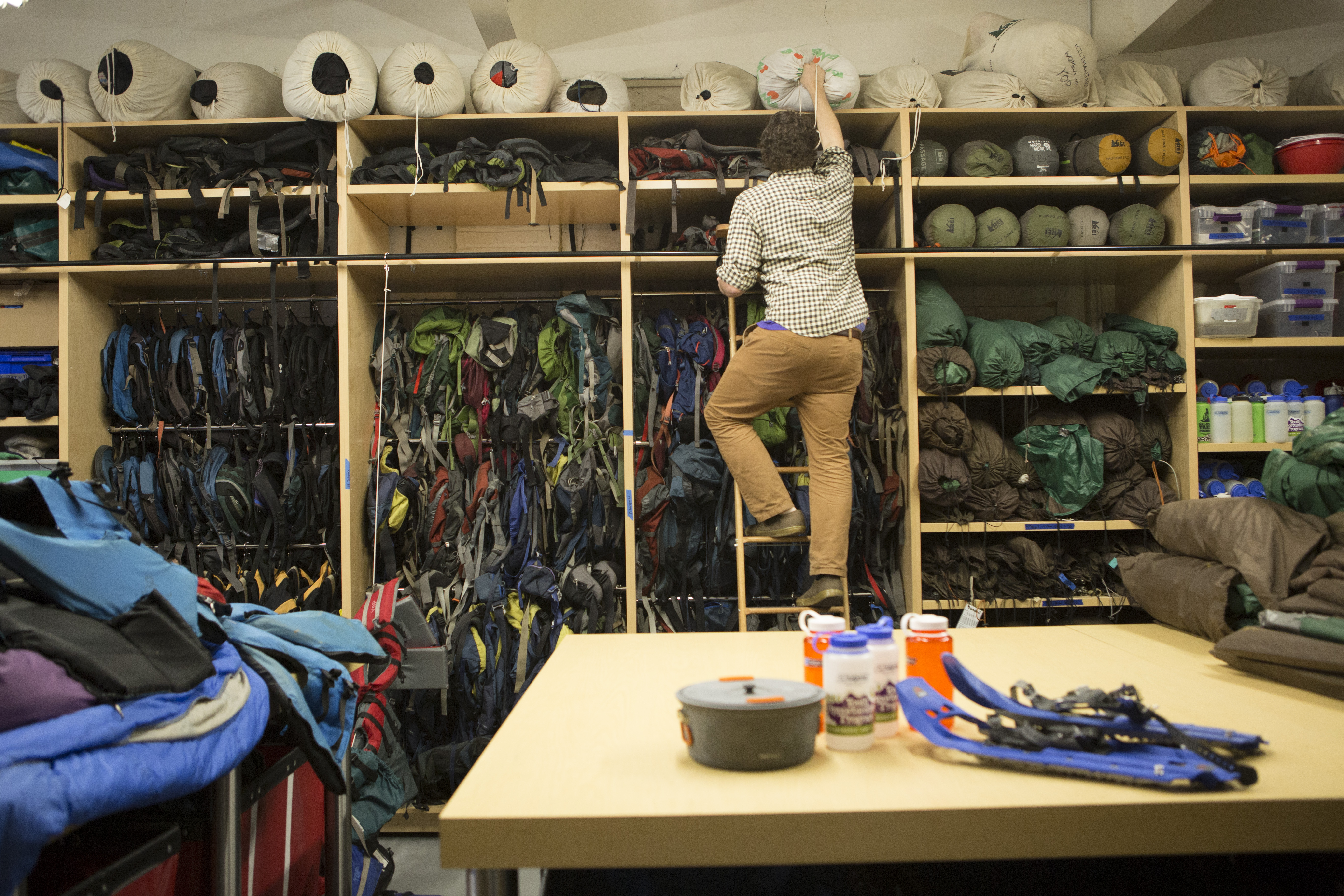 Ryan SmithAMC’s gear libraries provide everything from backpacks to boots to tents for teachers and youth leaders to use while taking students outdoors.

These gear libraries are part of a long-time effort by AMC to improve access to the outdoors by working with youth and educators, who have to complete AMC trainings before they can borrow gear. In 1968, AMC staff started working directly in the neighborhoods around Boston, such as Dorchester and Roxbury, to help the local youth, who tended to be people of color and children from low-income families, get outside. The program then shifted to working with educators, who could in turn work with even more youth in their professional roles. In this way, Educators Outdoors has become a “train the trainer” type of effort, explains Schumacher, that uses volunteers to teach outdoor skills to education professionals, including staff at boys and girls centers, faith leaders, and teachers.

These educators enroll in three- to five-day trainings in hiking, camping, and backpacking, and then bring those skills back to their own communities. As they progress in their training, educators can also add on special areas of expertise, such as canoeing, snowshoeing, and cross-country skiing. Once the educators complete these trainings, they get an online profile that helps them manage their trainings and gear loans, and this is how they become eligible to borrow the gear they’ve learned how to use. 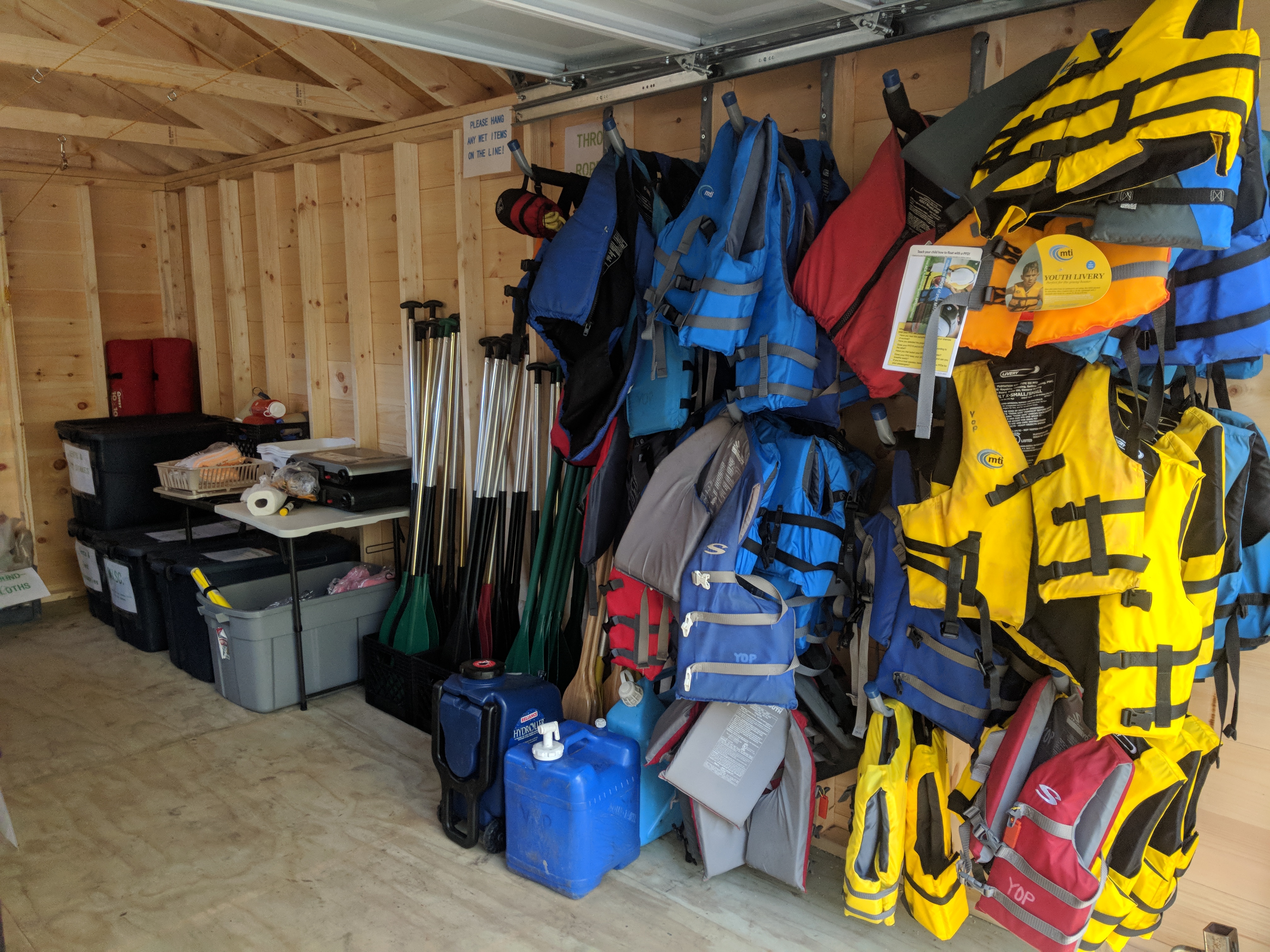 AMC StaffAMC’s gear shed at Ponkapoag Camp provides paddles, lifejackets, and more for users to try out paddling on the nearby lake.

The benefits of these new outdoor skills and access to gear are passed on from educators like McNiff right to the students. “Being outdoors,” says McNiff, “they have to rely on each other. They build relationships and make connections, and they disconnect from their technology.”

There is, however, a significant amount of coordination involved in taking her students hiking, says McNiff. “Staff in the school are so busy and overwhelmed all the time, and it’s so helpful to be able to just get in the van and the gear we need is there,” she says.

“We’re a small team of educators trying to do all of the things,” McNiff says with a laugh, “and these trips just wouldn’t be possible without the AMC gear libraries.”

Support programs like Educator Outdoors by making a donation to AMC today.