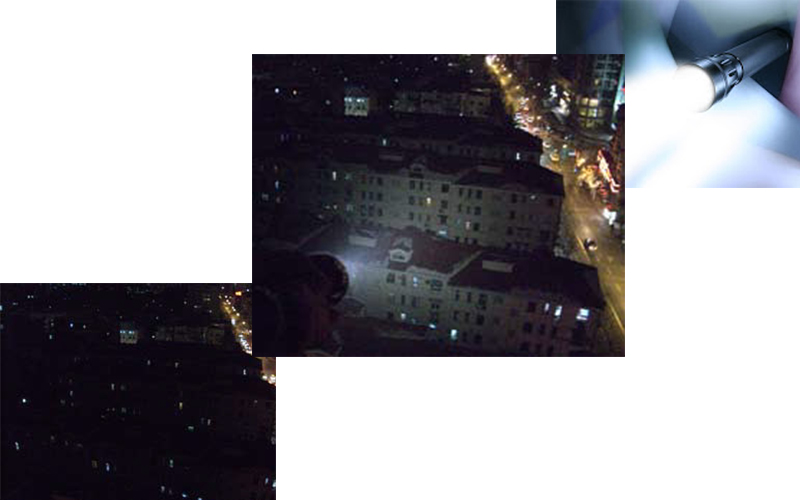 With the Torch and Without the Torch

Brightness is typically indicated in lumens, a measure of the total output of a light source. A classic Mini Maglite flashlight peaks at around 15 lumens. A typical LED headlamp puts out roughly 50 to 100 lumens. A 100-watt light bulb clocks in at around 1,750 lumens.

The Torch Flashlight from Wicked Lasers, touted as “the world’s brightest and most powerful flashlight,” blinds the competition with a whopping 4,100 lumens. That’s enough juice to cook an egg or ignite paper, as the videos below demonstrate.

The Torch is a compact, handheld little monster that powers a 100-watt halogen bulb with a rechargeable battery system specifically designed for the Torch. The casing is military grade aluminum, with a simple push-button on/off switch at its base.

…but it’s not exactly practical. The extreme heat from the bulb causes the metal casing to become dangerously hot within a few minutes. (The Torch User Manual recommends using protective gloves during operation.) Battery life is nearly non-existent; a full charge lasts only 5 to 10 minutes. And it’s not cheap. The flashlight sells for $199. The battery system runs an additional $49.

But if you want to start a fire or cook an egg with a beam of light, then this is the toy for you: