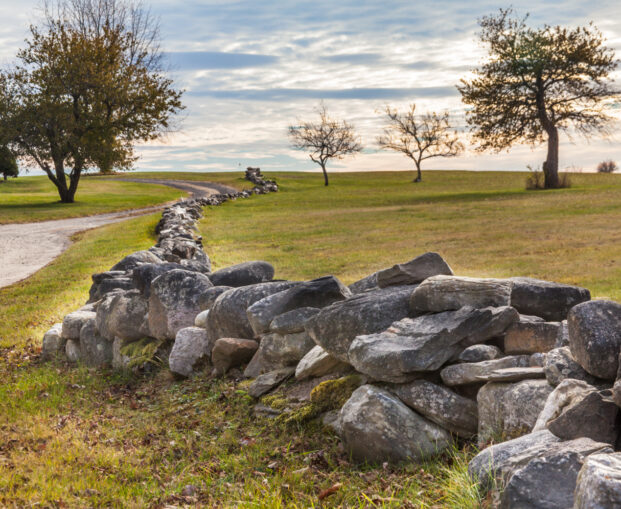 Take a walk through the countryside or forests of New England and there’s a good chance you’ll come across a stone wall. Maybe even several stone walls. Sometimes they mark clear property lines that stand today, while other times they’re deep in the woods—a man-made oddity in a seemingly wild place.

At one point in the mid-1800s, experts estimate there were about 240,000 miles of these stone walls across New England. But why?

The story of New England’s stone walls starts hundreds of years ago and thousands of miles away, in Spain. There, medieval shepherds bred a unique kind of livestock—Merino sheep—which produced incredibly soft wool (and is used today in many hiking/outdoor clothes). To control the international market of this valuable product, the Spanish government had a strict embargo on the export of sheep. For centuries, flocks in Spain, and the profits from their wool, were controlled almost exclusively by the nobility.

Then, in 1808, Napoleon Bonaparte invaded, and everything changed.

The Napoleonic Wars created chaos in Spain and left it helpless to enforce its embargo. Rather than fight the inevitable or, perhaps even worse, let the French profit from their flocks, Spain elected to end the Merino sheep embargo. William Jarvis, the U.S. Consul to Portugal, saw a business opportunity. A former merchant, Jarvis began buying up sheep and sending them back to his property in Weathersfield, Vermont. By 1810, he had brought about 4,000 Merino sheep to Vermont, according to ecologist Tom Wessels in his book Reading the Forested Landscape: A Natural History of New England.

The decision altered New England’s economy, and environment, for years to come. 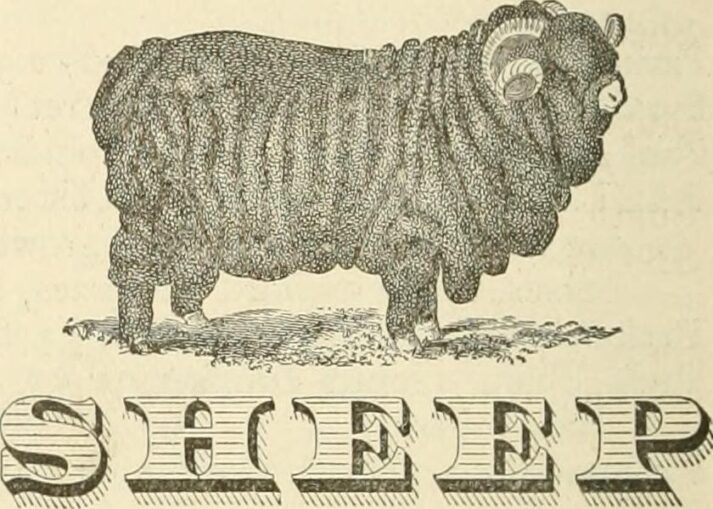 In addition to their soft wool, Merino sheep are strong foragers—ideal for grazing on New England’s rocky terrain. Soon, other farmers across the region were following Jarvis’s lead, switching from growing to herding and maintaining larger and larger flocks. The mass adoption of Merino made economic sense for these farmers. Americans’ demand for the novel new wool was extensive. And, thanks to an American boycott on British goods after the War of 1812, New England’s farmers were in a unique position to control the market.

By 1840 there were 1.7 million sheep in Vermont and 600,000 in New Hampshire—or two sheep for every person in the Granite State. To keep the growing number of sheep fed, farmers radically altered the forests around them to suit their needs. In all, about 75 percent of New Hampshire was clear-cut for grazing, according to state geologist Ron Chormann. Parts of Vermont, Connecticut, and Massachusetts saw similar transformations.

As landowners cut deeper and deeper into the forests, they found themselves faced with seemingly endless piles of rock. These stones would be upturned each winter by frost heaves, the process where deforested soil moves around when it freezes and thaws. This natural process meant areas that had been cleared by a farmer could be littered with newly exposed rocks just months later.

Constructing long and tall walls from these stones solved two problems. In addition to defining property lines and helping to control their livestock, the walls were handy place to clear the new stones that kept appearing on their property. Moving rocks and boulders was extremely physically demanding labor, with stones typically placed by hand. For the most part, wall construction was done by the individual farmers and landowners. However, in some cases, wealthier landowners would hire local Native Americans or even use slave labor. 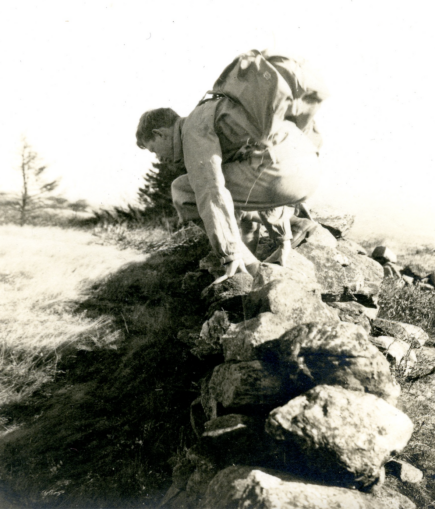 AMC Library And ArchivesA hiker scales a stone wall on Crotched Mountain, New Hampshire in 1930. Stone walls have continue to be a part of the landscape across New England, even if the land around them has been reforested.

The End of the Wool Boom

The end of “sheep fever” came quickly. In a five-year period—from 1835 to 1840—wool prices dropped by more than half, from 57 cents a pound, to 25, according to the Salisbury Historical Society.

The end was brought on by factors both close to home and far away. Years of over-grazing had left the soil depleted and caused erosion and flooding. Poor soil quality made it harder for farmers to keep the larger flocks they’d grown accustomed to, and many farmers moved away from the region, mostly to the Midwest.

Factors outside of New England also contributed to the bust. In the South, the invention of the cotton gin (and use of the unpaid labor of enslaved individuals) made cotton a more affordable alternative to Merino wool. New England farmers also faced new competition from shepherds in Australia and Argentina—where flocks of Merino sheep were also being introduced.

In the aftermath of the sheep bust, much of the land that was clear-cut just decades earlier were abandoned and left to revert back to forests. In some places, especially in Vermont, farmers converted their pastures for dairy farming. In both cases, many of the stone walls were left untouched. Today, these walls stand as a unique part of New England history—and an important reminder of the ways humans can negatively alter their environment in a short period of time. The damage to the soil and biodiversity of New England caused by clear-cutting lasted long after the sheep were gone.

The Appalachian Mountain Club is currently hard at work to preserve our region’s unique landscapes, encourage responsible recreation, and increase equitable access to outdoor places. If you would like to support our mission of fostering the protection, enjoyment, and understanding of the outdoors, consider becoming an AMC member or attending an AMC Chapter outdoor activity.

Explore on your own on these 5 hikes in New England to historic stone walls.