Mountaineering Pioneers of the Berkshires 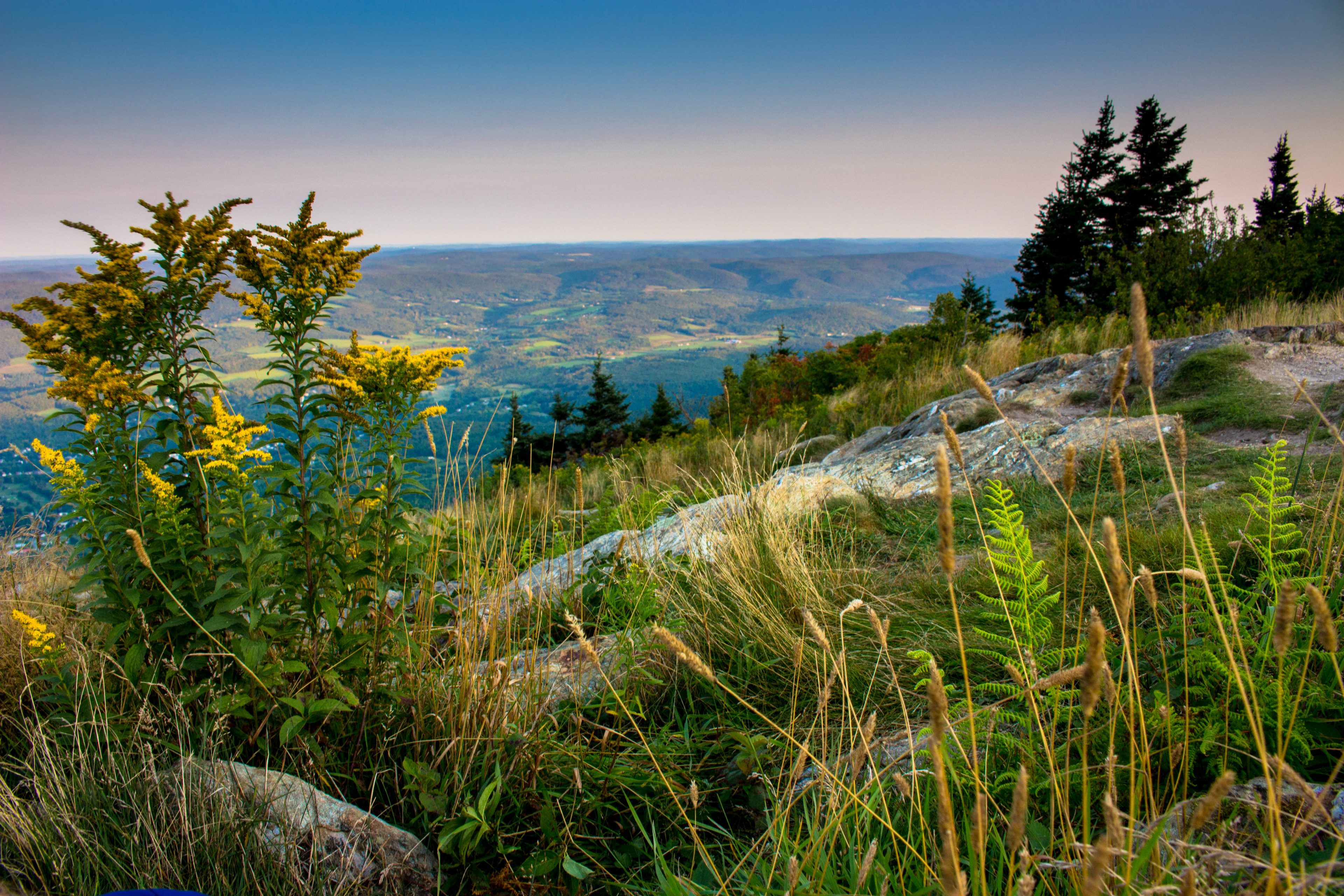 The Alpine Club of Williamstown

Professor Albert Hopkins of Williams College did not climb with the same spring in his step that he once had. But at the age of 57, he could still hold his own on the trail as he led seventeen young men and women up Mount Greylock, which loomed above them like some ancient emerald shoulder jutting above the gentle hills of the northern Berkshires.

It was 1864, and the professor’s followers were outdoor enthusiasts from Williamstown and its environs. The year before, Hopkins and this group of young men and women had joined together to form the Alpine Club of Williamstown, the first mountain climbing club in America, dedicated to exploring the mountains and hills of the northern Berkshires and studying the natural history of the region.

The meandering expedition was one of 56 that the club made during its three years of existence from 1863 to 1865. The club disbanded after that year, but its legacy was a powerful one. It established a pattern of organization that the Appalachian Mountain Club, the Rocky Mountain Club, and other mountain clubs followed, deftly blending outdoor adventure, trail marking and maintenance, and natural history studies. One of the Alpine Club’s members, Samuel H. Scudder, became a founding member of the AMC and wrote a vivid account of the Alpine Club for Appalachia in 1884. Another Alpine Club member, Fanny Whitman, was also a major figure in the early years of the AMC and wrote several articles for early issues of Appalachia.

Nineteen expeditions in the club’s first year, 1863, had taken them on tramps far and wide, including to the heights of Greylock. But this climb the next year was their first extended expedition. It was to be a three-day adventure on Greylock’s flanks, and to reach their campsite, they were struggling up to the Hopper, the ravine that slices like a gash through the western face of the mountain. Their objective was Bacon’s Upper Pasture, which sat between Greylock’s summit and Stony Ledge, where the state-operated Sperry Road Campground is now located. In that pasture was located Williamstown’s poor house, which the young women would occupy while the men slept in a nearby barn.

During this sojourn in the mountains, they studied the flora and made sketches of scenic vistas, plants, and animals. But their major objective was to climb the rest of the way to the summit of Greylock. On the day of the climb, they made good progress, reaching the summit at 2:15pm. They intended to return to their campsite at Bacon’s, but after they descended for almost an hour, they realized that they were going down the eastern side of the mountain rather than the western side. Frustration mounting, they had to climb back up to the ridge. Still disoriented, they tramped south, but no established trail guided the way. In Professor Hopkins’s words, they were soon “tearing through the underbrush, tumbling over precipices, panting, tired” as Samuel H. Scudder wrote in an article for Appalachia that appeared in 1884.* The afternoon shadows grew long as they crossed Saddle Mountain, which is now known as Saddle Ball Mountain. After several hours, they had drifted far enough south to see Pontoosuc Lake, near Pittsfield, and as the sun set, they realized they were fully six miles from their campsite, facing what Professor Hopkins described, as Scudder reported, as a fearsome night of “climbing and clambering, and rolling and slipping, and stumbling and tearing.” Fortunately, a party of horsemen happened by and lifted them onto the horses’ backs. Traveling through the night, they made it safely back to Bacon’s.

Christopher Johnson is a freelance writer in Chicago and the author of This Grand and Magnificent Place: The Wilderness Heritage of the White Mountains (University of New Hampshire Press, 2006). The full text of this story may be found in the Winter/Spring 2010 issue of Appalachia.