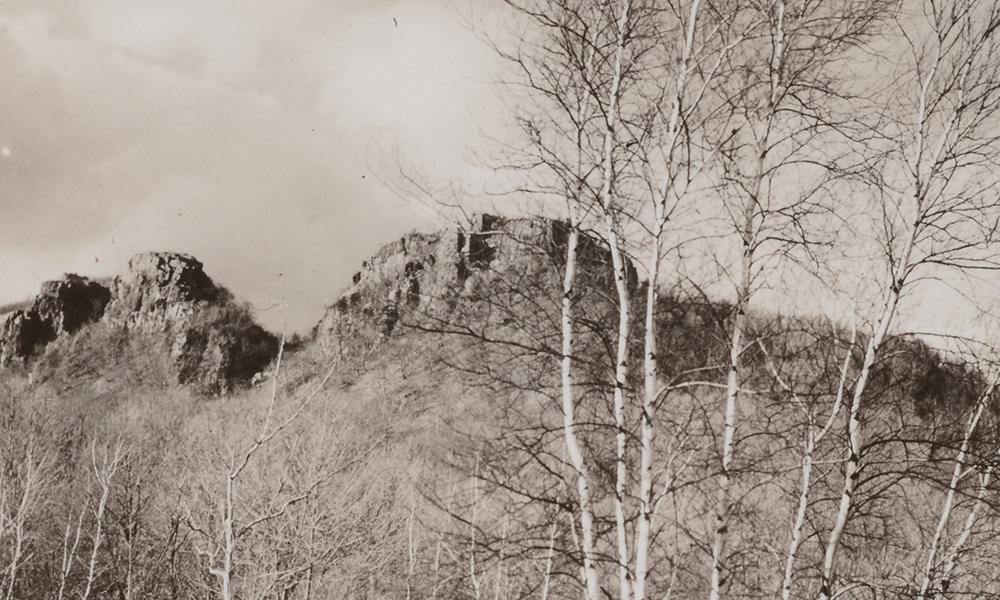 AMC LIBRARY AND ARCHIVESWest Peak in Meriden, Conn.—shown here in 1936—is near where the AMC Connecticut Chapter came into existence 100 years ago.

The Connecticut Chapter of the Appalachian Mountain Club came into existence at approximately 6:45 pm, June 11, 1921, on the summit of West Peak, in Meriden, Conn. AMC members had assembled in response to an invitation “to learn what may be the general sentiment among Connecticut Appalachians as to the demand for the formation of a Connecticut Chapter of the A.M.C. as has been suggested and urged by the Club Committee on Regional Chapters, and to afford an opportunity for a discussion of the advisability of such action…all come prepared for a tramp, bringing ‘supper and a cup’. A four to five mile hike over an attractive route will be a feature, with an open-air supper on West Peak.” About 40 “Appalachians” responded to this invitation and made the trek to the mountain meeting site. The vote in favor of creating a Connecticut Chapter appears to have been unanimous. Dr. Augustin A. Crane was elected the first Chapter Chair. Minutes of this first Chapter meeting were made by Karl P. Harrington, a Wesleyan University professor noted in Laura and Guy Waterman’s classic volume, Forest and Crag: A History of Hiking, Trail Blazing, and Adventure in the Northeast Mountains, as “one of the four great trailsmen who between 1912 and 1930 built the White Mountain trail clusters into a unified system, essentially the trail system that White Mountain hikers know today.” Harrington was elected Chair of the first Chapter Trails and Camps Committee.

AMC LIBRARY AND ARCHIVESMembers on a chapter outing on Lamentation Mountain, south of East Berlin, Conn., in 1955.

Chapter records and histories prepared by members at intervals over the past century reflect that the Connecticut Chapter was off to a fast start—and has been high-energy every year since.  For many years through the 1930s, the Chapter conducted a camping weekend every month except July, August, and December, scheduled for the weekend closest to the full moon. Chapter tents and gear were used for these camping weekends. In the 1960s, groups of Connecticut “Appies” set out to climb all the peaks above 4,000 feet in New Hampshire, the 100 highest peaks in New England, and to hike the entirety of Vermont’s Long Trail in sections. In 1949 the Chapter assumed responsibility for maintaining half of the Appalachian Trail (A.T.) within Connecticut, and in 1979, the Chapter assumed responsibility for the entire length of the A.T. within Connecticut and for the federal land corridor through which much of it passes. Our stalwart and capable volunteers are why the Connecticut A.T. has the deserved reputation, among many, as the best-maintained stretch of the entire route. The Chapter has always enjoyed an affectionate and symbiotic association with the Connecticut Forest and Park Association (CFPA), formed in 1895, which has oversight of the famed “Blue Trails” system of forest trails spanning the state, and the two Connecticut conservation institutions share many members and projects. In fact, our Chapter Executive Committee meets at CFPA headquarters, at no cost to the Chapter.

The Connecticut Chapter is among the most active of AMC’s 13 Chapters. In a typical year, the Chapter’s strong cadre of trained volunteer leaders organizes hundreds of outdoor activities—to which they are always adding. The Chapter conducts at least two and typically three leader training events annually. We are always seeking to grow our ranks of leadership. 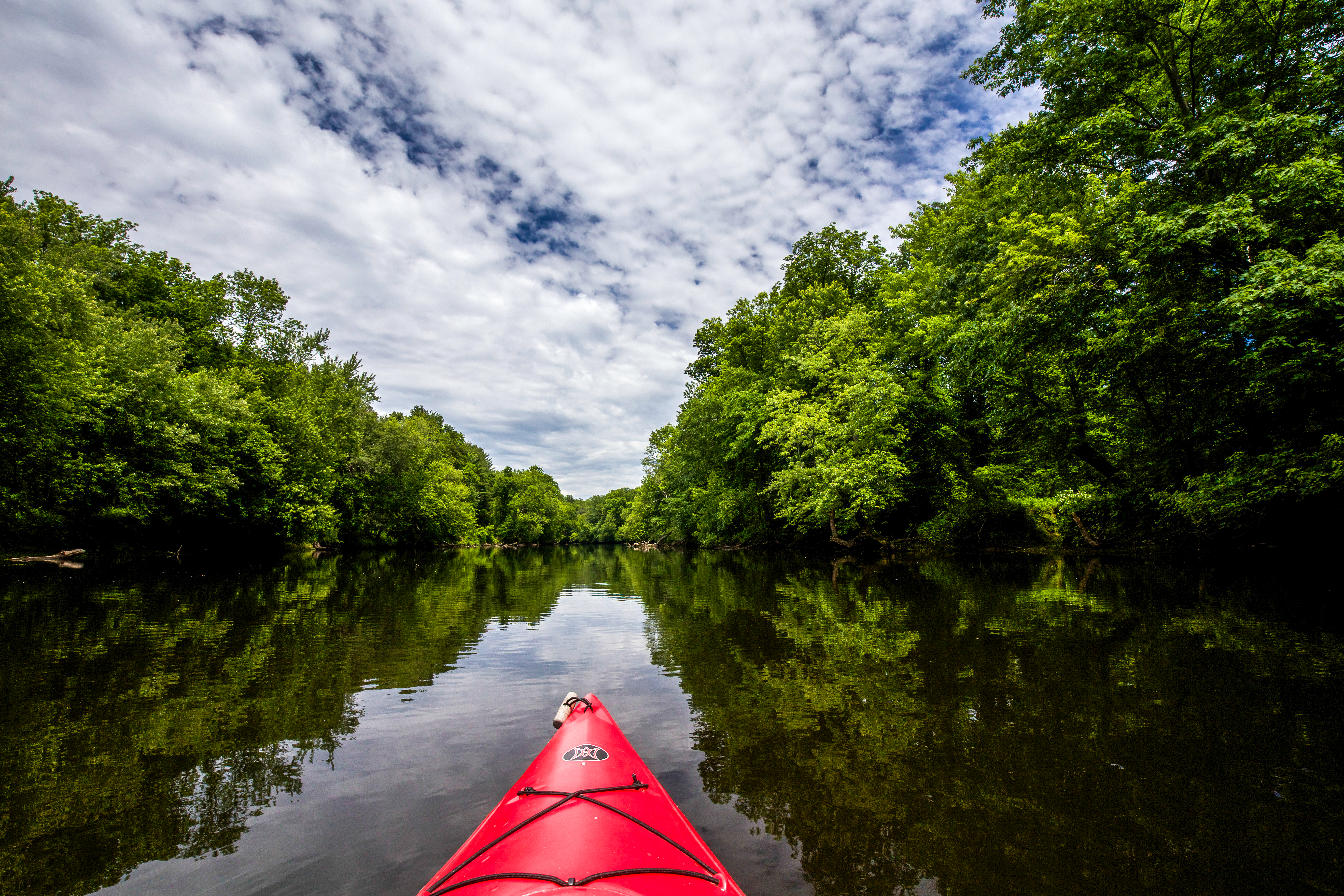 Several years ago, the Chapter Executive Committee began contemplating how we might celebrate our impending Chapter centennial. The several members most interested in Chapter history realized, to our dismay, that no one serving in Chapter leadership knew what early records of the Chapter existed, or where such records might be. There was no inventory, and no one had a clue as to where surviving records might be. A Chapter history from 1958 had been located by chance by our Webmaster Jim Scheef several years earlier and posted to the Chapter website. This history was a start. In his personal AMC memorabilia, Chapter Chair John Grasso discovered a pamphlet titled, “A Brief History of the Connecticut Chapter of the Appalachian Mountain Club,” which he’d purchased at the Chapter’s 75th anniversary celebration in 1996—but forgotten. AMC archivist Becky Fullerton located an unpublished Chapter history from 1981. That 1981 history incorporated both the 1958 account, as well as an earlier 1939 history which we had not known existed. Conservation Committee Co-Chair Russ Charest thought that former Chapter Program Chair David Bellemare might have useful information about Chapter records. Upon contacting David, we learned that he had taken possession of boxes of Chapter records roughly 15 years earlier, and that they were now in his cellar. David explained that he had reluctantly accepted them at the time, and that he would be happy to part with them. I retrieved these records from David, and to his surprise discovered comprehensive Executive Committee records dating from the Chapter’s inception through 2000. Some of the records were covered with rodent droppings and dry mold, but with careful, page-by-page cleaning, I was able to restore them all. Irreplaceable records had come perilously close to being lost, along with the stories they tell. We expect to turn these over to AMC archives for safekeeping.

In 1996, our Chapter celebrated its 75th anniversary with a large gathering of members and friends near the site of the Chapter’s creation, and we hope to celebrate our centennial at West Peak in Meriden later this year, calling on members to gather at the summit with “supper and a cup”—as our forebears did 100 years ago.