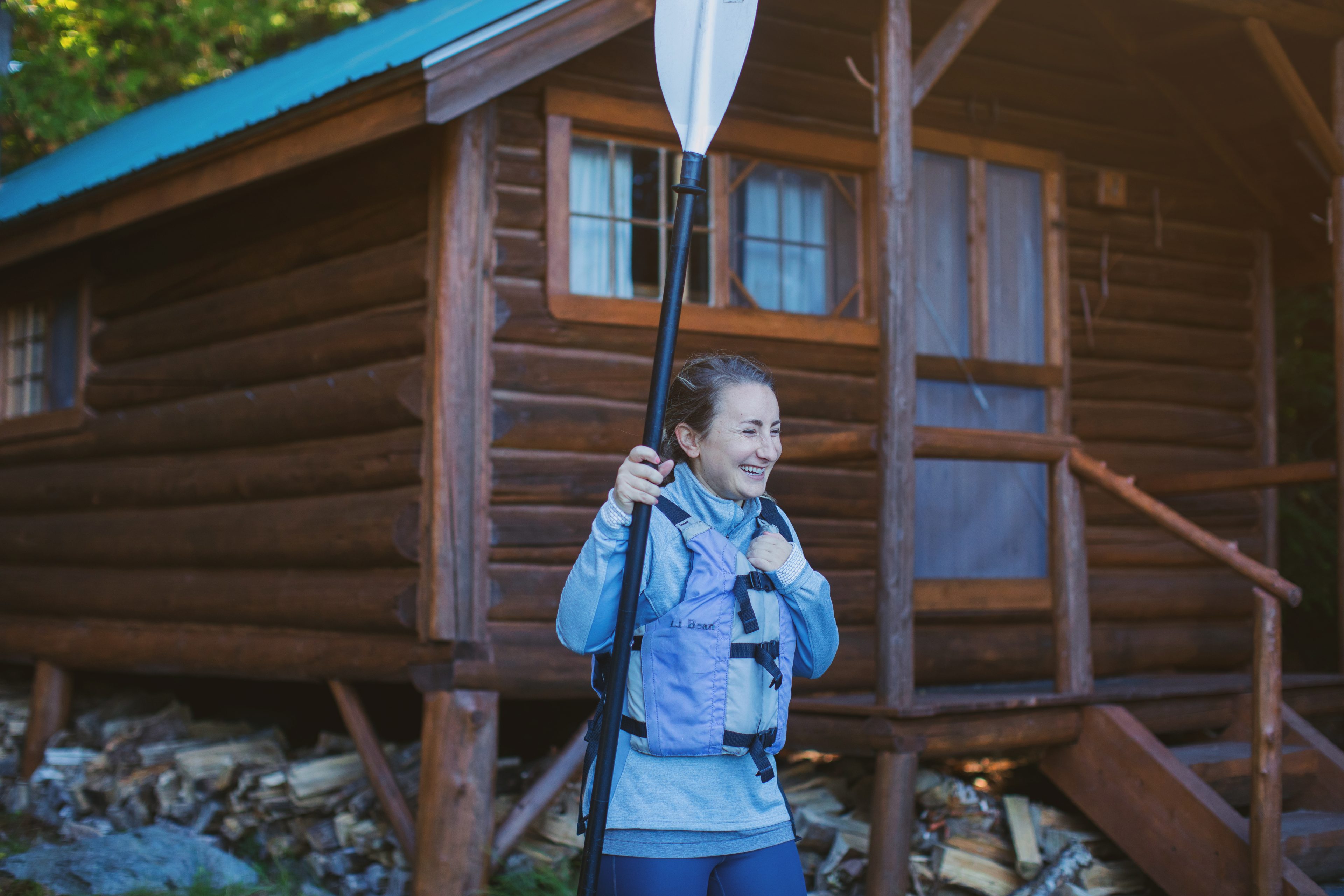 PAULA CHAMPAGNEMaine’s office of outdoor recreation will work to attract more paddlers, hikers, and fishers to avail themselves of the state’s resources, like those found at AMC’s Gorman Chairback Lodge and Cabins.

Seventy percent of Maine’s 1.3 million residents regularly participate in outdoor recreation, with many more coming from out of state to enjoy Vacationland’s mountains, lakes, rivers, and iconic coastline. All that hiking, fishing, and paddling is big business.

The outdoor recreation industry employed more than 40,000 Mainers—that’s 6 percent of the state’s population—and manufactured $328 million worth of outdoors goods in 2017, according to U.S. Department of Commerce Bureau of Economic Analysis (BEA) data. At 4.8 percent, the outdoor industry’s share in Maine’s overall economy is the third-highest in the United States and more than twice the industry’s value nationally.

Last July, Maine became the 12th state to open an office in its state house dedicated to advancing the outdoor recreation economy. Couched within the Department of Economic and Community Development, Maine’s Office of Outdoor Recreation syncs up elements of the state’s tourism, economic development, land management, and public health offices, according to Carolann Ouellette, who directs the office.

Nationally, the outdoor recreation sector is growing faster than other parts of the U.S. economy, according to BEA data. Outdoor recreation accounted for 2.2 percent of the nation’s gross domestic product (GDP) in 2017, topping $427 billion. Maine joins 11 existing outdoor recreation offices formed and staffed since 2013, including a handful in AMC’s region. Vermont formed its Outdoor Recreation Collaborative in 2017 and Gov. Ralph Northam announced in July that Virginia would open an office to promote and grow its $22 billion outdoor economy. An AMC-supported bill to form an office in Massachusetts is currently working its way through the legislature, and New Hampshire’s 2020 budget approves the formation of an Office of Outdoor Recreation Industry Development.

“An interesting thing in watching this grow nationally is how different each state is in forming this [outdoor recreation] position,” says Taylor Caswell, commissioner of New Hampshire’s Department of Business and Economic Affairs, who expects to start interviewing potential directors in early 2020. “You can’t have a cookie-cutter approach because each state has unique assets—but they’re all demonstrating the power and appeal of the outdoors in our society.”

Still, almost all the states that have set up outdoor recreation offices have signed a commitment known as the Confluence Accords agreeing to use the office to protect and conserve natural resources, create opportunities for education and workforce training, emphasize economic development, and promote the public health benefits of outdoor recreation—a show of unity among a politically diverse array of states.

“We like to say we live in one of the most beautiful places in the world, and outdoor recreation is dependent on lands and waters,” Ouellette says. “It’s critically important to understand the balance between economic development and the environment. And when you look at sustainable development, it’s as much about what’s good for the community. You want to be deliberate in how you bring visitors into an area.”