The Best Ways to Get Outdoors in Cities this Winter 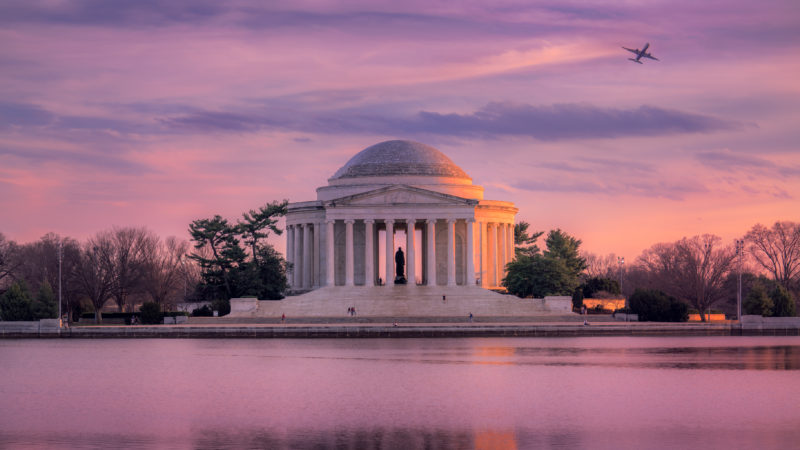 John Brighenti / Creative Commons by FlickrOne of the best ways to get outdoors in cities this winter is to explore local monuments, such as the Jefferson Memorial in Washington, D.C.

Getting outdoors in cities isn’t always easy; trust me, I live in a major city. Among the many things COVID-19 has taught me, one is that I absolutely took my morning commute for granted. My commute to work used to have me walking an average of 4 miles per day, and when COVID-19 hit I missed that built-in outdoor time. My partner and I decided to continue “commuting” every morning and evening before and after working from home by taking a walk around the neighborhood. This way, we knew when we woke up in the morning that we couldn’t just roll out of bed onto our computers and proved to be a huge boost for our mental health. Sometimes this means walking around the block for 5 minutes and sometimes it means driving to the local reservoir and running a loop around it, but what matters is we got outdoors. Winter makes is slightly harder to integrate outside time into our days, but not impossible.

Whether through neighborhood walks and runs, completing bodyweight workouts at local playgrounds, or simply walking to the local restaurant to pick up dinner for takeout, living an outdoor lifestyle in an urban setting is quite possible—no matter the season. Here are several ways those living in cities can be outdoors every day this winter.

City parks typically don’t close just because the temperature’s fallen, and they’re usually less crowded in the winter. Do you know all the parks and green spaces within a mile radius of where you live? Pick a timeframe—two weeks, a month, or 6 months, perhaps—and set out to explore them all. Boston’s Belle Isle Marsh Reservation and Arnold Arboretum are gorgeous with a blanket of new snow, as are New York’s Van Cortlandt  Park and Deering Oaks Park in Portland, Maine. (For more recommendations, here are eight urban wilds in AMC’s region to explore this winter.) Treat yourself to hot chocolate at home afterwards. AMC’s Outdoors with Kids series has lots of great ideas for getting outdoors, in any season, in the Big Apple, Boston, and Philadelphia.

If you live in a Mid-Atlantic or Northeast city, chances are you have a handful of hiking trails within a short car, train, or bus ride. No matter where you live, AMC’s Best Day Hikes series (New York, Philadelphia, Washington, D.C., Boston, and more) can help in identifying where to go. For instance, AMC helps maintain the Bay Circuit Trail and New England Scenic Trail in Massachusetts, both of which are easily accessible from Boston and Springfield.

City trail systems often connect to smaller trail systems that can bring you out of the city. Here are a few examples from AMC’s region:

Many species of birds—from crossbills to juncos to warblers—remain in the Northeast through the winter and are found widely, even in and near cities. Bird-watching is a great winter activity because it can happen as easily in one’s own back yard as a local park or wildlife preserve. 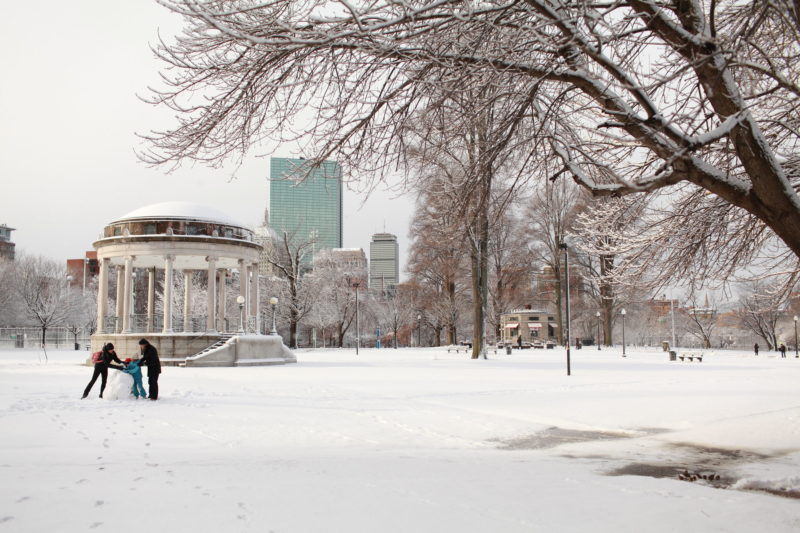 Massachusetts Office of Travel and Tourism/Flickr CommonsBoston Common attracts families all winter for sledding, snowball fights, or simply basking in its beauty.

Become an urban hiker this winter. Bundle up, lace up your warmest hiking boots (and maybe a pair of YakTrax, if it’s icy), put on your mask, and set out to explore the architecture and history downtown. Have you ever strolled past Philadelphia’s Liberty Bell in the winter? Or seen a snow-covered Washington Mall? Fewer tourists make the colder months a perfect time to hike familiar streets and explore a few you didn’t know existed.

Technology can sometimes help. Geocaching allows people to use a smart phone application to search outdoors for hidden around their cities, will millions placed throughout the world. Many cities also feature app-based audio walking tours, which can be easily downloaded to a smart phone or tablet. (Like these audio tour apps from New York and Boston.)

Whether you choose to unplug or not this winter, get up, get out, and get active. You’ll be glad you did.