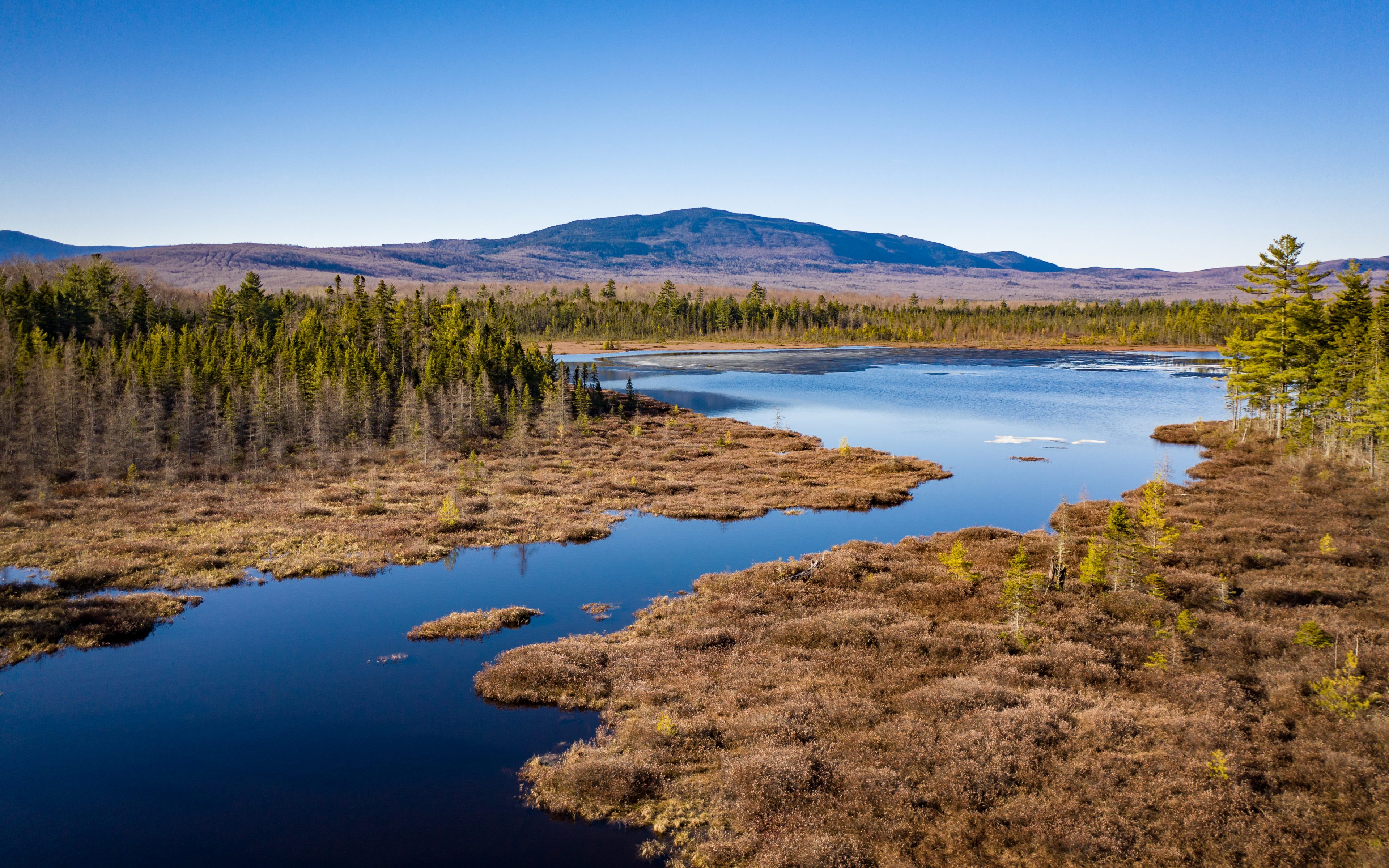 Isaac CrabtreeAMC hopes to complete the purchase of the Pleasant River Headwaters Forest (above) by 2022.

When it comes to AMC’s intent to purchase 26,740 additional acres of land in Maine’s 100-Mile Wilderness, Walter Graff, the organization’s executive vice president, doesn’t want anyone to miss the forest for the trees.

Yes, purchasing the acreage at what AMC is calling Pleasant River Headwaters Forest will keep crucial Maine forestland intact and undeveloped. Forests, with their ability to sequester and store carbon, are an important tool in mitigating the effects of climate change. And, yes, owning this parcel of land on the 100-Mile Wilderness’s southeastern edge will protect nearly all of the 13.1-mile Pleasant River, an important thoroughfare for brook trout and endangered Atlantic salmon.

But Graff believes the land’s primary importance may be in continuing to knit together and sustain an ever-growing and multiuse patchwork of forestland that AMC has protected over the last 15 years. “This is part of an overall vision of protecting as much of the 100-Mile Wilderness as possible under a new model: private land, public land, and nonprofits together,” says Graff, who has overseen the Maine Woods Initiative since AMC purchased its first tract, Katahdin Iron Works, from International Paper in 2003.

The Conservation Fund acquired the Pleasant River Headwaters Forest in February and is holding the property while AMC raises approximately $25 million to purchase it—a process known as a bridge loan. When AMC completes the purchase by 2022 or sooner, the organization’s holdings in the Maine Woods will total just shy of 100,000 acres, equivalent to three Acadia National Parks or seven Manhattans.

“It was the perfect link to tie in all the conservation efforts we’ve been doing in the upper reaches of the Pleasant River watershed,” says Steve Tatko, AMC’s director of Maine conservation and land management. The Pleasant River Headwaters Forest is important for two reasons, Tatko says. One, owning the land will allow AMC to continue removing culverts that prevent endangered Atlantic salmon and brook trout from spawning along the West Branch of the Pleasant River. To date, AMC has restored brook trout and salmon access to 46 miles of stream habitat. Tatko says it’s conceivable that, by 2030, all barriers to fish passage on AMC’s Maine Woods property will be gone.

Perhaps even more importantly, Pleasant River Headwaters Forest will become what Graff calls a “green endowment” that supports and sustains the ongoing conservation efforts in the Maine Woods. How so? Through responsible forestry. AMC plans to reinvest returns on timber, which is certified by the Forest Stewardship Council, back into the 100-Mile Wilderness while also creating logging jobs vital to Maine’s rural economy. To that end, The Conservation Fund is allowing AMC to manage the forest, which has been continuously harvested for timber since the mid-19th century, in advance of the land transfer and to apply any profits toward the eventual purchase. Tatko is grateful for the arrangement but says forestry will account for a small percentage of the $25 million needed to finalize the deal, with the rest raised from donors. To jumpstart the process, the Pittsburgh-based Richard King Mellon Foundation gave a $10 million grant, the largest AMC has ever received, to put toward the purchase.

According to David Publicover, AMC’s senior staff scientist and assistant research director, the Pleasant River tract’s tree population represents a mix typical of the region: beech, birch, maple, spruce fir, white pine, and white cedar. What is atypical is AMC’s approach to harvesting: Where an industrial owner might clear-cut a forest, AMC lets pockets of varying ages and sizes grow, waiting to cut timber until individual trees reach the optimal age. Compared to industrial practices of the past, AMC is “taking a continuous approach to increasing the value of the trees in the stands,” Publicover says. “We saw timber trees, high-value trees. We leave the trees they would have taken and take the trees they would have left.” Over time, Publicover says this method restores the forest, allowing trees to reach old-growth status and mimic nature’s diversity.

“We leave money in the woods the commercial owner would take out,” says Publicover, who holds a doctorate in forestry from Yale. “To have a healthy forest, you have to have healthy spruce trees that grow old and rot. We are shifting the balance of our economic considerations more toward the ecological considerations.”

Tatko, who grew up 8 miles south of AMC’s Katahdin Iron Works tract, says every person in the Maine Woods is connected to the forest. He sees the organization’s responsible forestry work contributing jobs to industries that have been destabilized in recent decades.

“AMC did a lot of work early on to fully understand what it means to own land in this area, what it means to communities,” Tatko says, calling it “humbling” to be part of a 100-year management plan. “A lot of these plans, I’ll never see the completion of, but that sense of longevity is important, and we need to give it the reverence it deserves.”