Kevin Rutherford / Creative Commons by FlickrIn Boston and other Northeast cities, COVID-19 air quality has improved amid shutdowns—but will it last?

Around the globe, stay-at-home orders have halted operations at factories, grounded flights, cleared highways of vehicles, and shuttered most shops, hotels, restaurants, and offices. While these shutdowns have created a headache for families and crippled economies, there are signs the planet is breathing a sigh of relief.

Global carbon dioxide emissions were down 17 percent from April 2019 to April 2020, according to a May study published in Nature Climate Change. With fewer cars on its freeways, Los Angeles’ infamous smog is receding. And here in the Northeast, when NASA compared average concentration of nitrogen dioxide (NO2) from 2015 to 2019 with readings taken this March, it found a 30 percent drop in the gaseous air pollutant associated with burning fossil fuels. (scroll to see images)

That’s likely because demand for energy from fossil fuels declined by 3.8 percent in the first quarter of 2020 compared to the same time in 2019, the International Energy Agency reported, allowing some renewables to step into the void. On April 20, solar power accounted for 40 percent of Germany’s electricity. In the United Kingdom, coal-fired power plants sat idle for 30 days—the entire month of April—as the country generated enough energy through renewable sources alone. Here in the U.S., electricity supplied by solar, wind, and hydro power topped coal for 40 straight days between March and April, thanks to a seasonal increase in low-cost hydro and solar power generation and a slump in demand for electricity during the COVID-19 shutdowns.

And by now, many of us have seen images and videos of the animals reveling amid a smaller human presence: endangered sea turtles giving birth on an empty Brazilian beach; flamingoes descending on a deserted Indian city; and even flocks of goats roaming through a Welsh village.

How long can we keep this going?

“In the U.S., I expect most of the gains in terms of the environment will be quickly reversed [as the economy re-opens],” says Dr. Tim Waring, associate professor of social ecological systems at the University of Maine. “Understanding that is important.”

That’s because the gains have not been a result of millions of Americans intentionally choosing to drive or fly less, or buy local food, or take any other carbon footprint-reducing actions; governments and institutions have chosen on our behalf to press pause on fossil fuel-reliant economies in the name of public health, he says. “That momentum has been stalled, but it can be only stalled for so long,” he adds. “In short term, people want their normal lives back, and normal lives depend on the fossil fuel economy.” 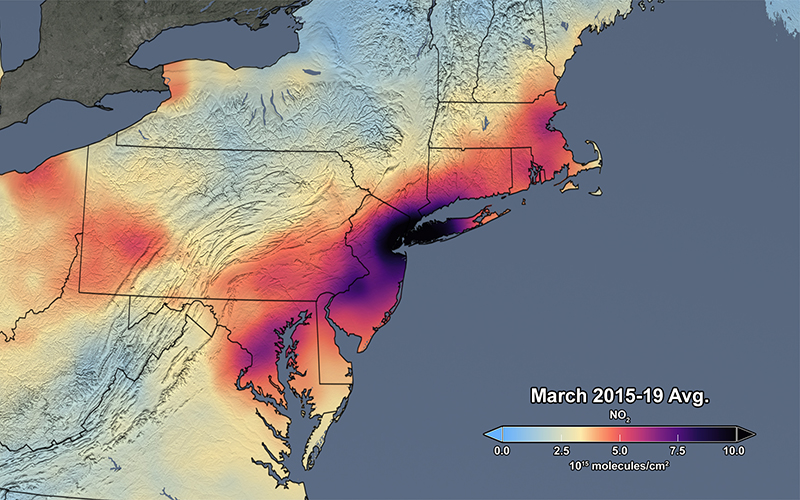 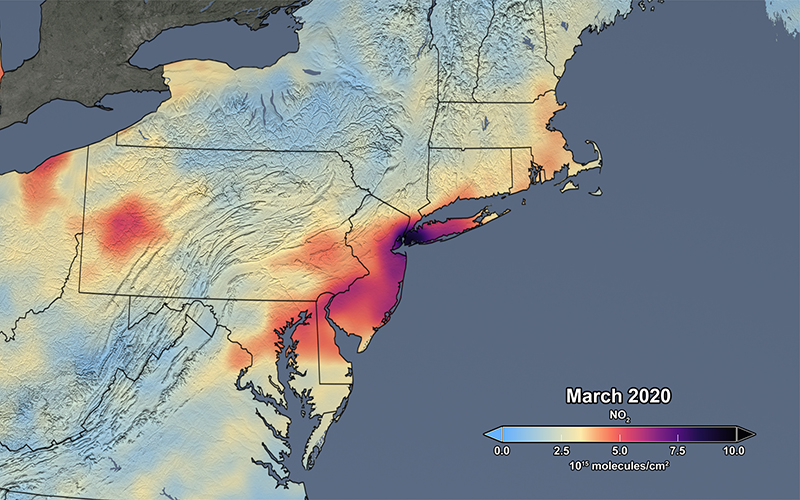 By other metrics, environmental gains in the U.S. may be less dramatic than previously thought; an NPR investigation of Environmental Protection Agency data found that the ground-level ozone—created when emissions from sources like cars, trucks, and factories interact with heat and sun—has fallen by less than 15 percent in most places. Across much of the Northeast, ozone levels have remained flat or dropped less than 5 percent, according to the report.

Establishing a drastic societal shift to permanently lower emissions even a small percentage has left many environmental scientists and economists dismayed, but Waring remains hopeful that longer-term successes are achievable. Waring is an environmental social scientist who studies how humans cooperate to collectively address environmental challenges, including climate change. Specifically, Waring researches how environmental behaviors, policies, and institutions spread. In his view, the improvement to air and water quality, however slight and temporary, is a reminder of the pressures human life and industry put on the environment—and our power to ease those pressures.

“If we did this by accident, then maybe we can do this intentionally,” Waring says. “Maybe we can use the COVID pandemic as an opportunity to avoid returning to business as usual. What if we did this in a careful, considered way?”

But how? Personal behaviors that reduce one’s carbon footprint—like weatherizing your home or driving an energy-efficient vehicle—certainly help, but Waring says environmental sustainability shouldn’t be left solely to individuals. For one thing, not all or even most Americans can afford an electric heat pump or a Tesla. The economic inequality we’ve seen laid bare during the pandemic is also true of the climate crisis, he says.

Humans require structures at the government and institutional level that support individual behaviors and address inequality, while also transitioning to more renewable sources of energy, encouraging more sustainable ways to move products around the country, and generally incentivizing more sustainable ways of living. But in an increasingly urbanized and politically polarized world, local governments may play an outsized role in carrying this out. Nearly 40 big-city mayors from around the world, for instance, have committed to rebuilding their cities and economies “in a way that improves public health, reduces inequality, and addresses the climate crisis.” Among the nine principles included in this statement from the C40 Cities Global Mayors COVID-19 Recovery Task Force are a rejection of “business as usual” from here on out, a commitment to rebuilding their cities’ economies with environmental resilience in mind, a re-commitment to investing in climate action, and a call for regional and national governments to invest in cities.

When a person or institution observes a policy working somewhere else, they’re more likely to consider it for themselves. Waring has yet to observe signs of what he calls “imitative spread” of social or environmental change in response to the COVID-19 pandemic. Will other cities follow Seattle in permanently closing miles of roadway to vehicle traffic, for instance? (Somerville, Mass., is piloting a similar initiative but has yet to announce the closure of city streets to vehicles extension beyond the physical distancing era.) Time will tell, but Waring sees no better time than now for bold and decisive action for the environment.

“We locked people in their houses, which is a really, really extreme thing, and we came out the other end,” Waring says. “Doesn’t that make other things that have seemed extreme—like a carbon tax or reducing subsidies to fossil fuels—seem more feasible now?”