Is Your Waterproof Jacket Toxic? 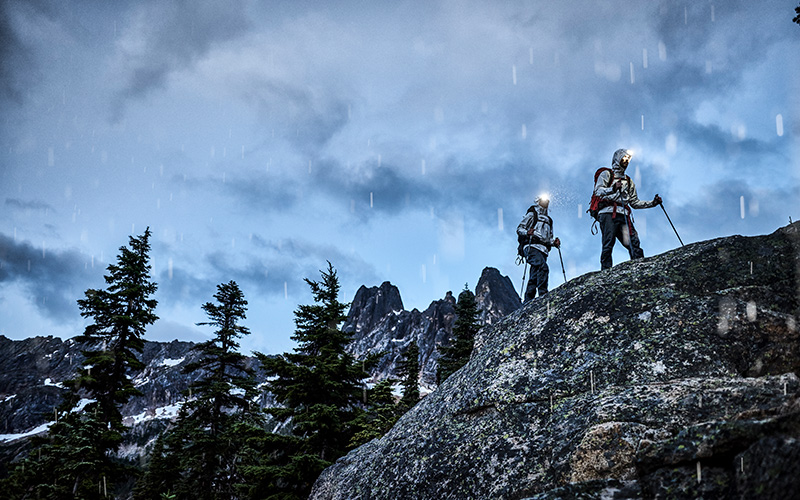 PHOTO COURTESY OF COLUMBIAIs your waterproof jacket toxic? A growing number of companies are producing their watertight gear without PFCs, which can be toxic.

Ever wonder about the magic substance that causes water to bead up and roll off your rain jacket? In most cases, that water resistance comes from a toxic and long-lived class of chemicals known as perfluorinated chemicals, or PFCs. Now a growing backlash is driving gear manufacturers to look for safer, more eco-friendly alternatives. Here’s what to know—and what to look for the next time you buy.

“PFC” refers to a range of widely used, human-made chemicals that repel water, dirt, and oil. They are found in many common household items, such as nonstick cookware and stain-resistant carpet. They are also used extensively by the outdoor industry in the durable water repellent (DWR) coatings that are applied to rain gear and other equipment. Composed of a stable chain of carbon and fluorine atoms, PFCs last for decades, even centuries, before breaking down.

Exposure to some PFCs—notably two types, known as PFAS (Polyfluoroalkyl substances) and PFOA (Perfluorooctanoic acid)—can cause serious health effects in animals, including depleted immune systems, disruption of normal endocrine functions, adverse effects on the liver and pancreas, and developmental problems for offspring exposed in the womb. The exact health effects on humans are less certain, although we do know exposure to PFCs is widespread. Millions of people ingest PFCs every year through contaminated drinking water and other sources. Once consumed, PFCs linger for years in the human body, as they do in the environment.

When it comes to your outdoor equipment, first, rest assured you’re not poisoning yourself by wearing PFC-coated rain gear. No evidence suggests that skin contact with DWR is dangerous. The primary source of exposure and environmental contamination comes from the manufacture and disposal of products that contain PFCs.

That said, you might choose to wash your rain jacket less often, as laundering will degrade the DWR over time. Washing DWR-coated gear almost certainly releases some amount of PFCs into gray water, so you won’t want to use it to water your lawn.

There’s just one problem. PFCs have been used for so long and so widely because they are remarkably good at what they do. Finding an equally effective replacement has been difficult. This challenge is magnified by the high expectations consumers have for the performance of their expensive outdoor equipment.

If you’re interested in avoiding PFCs and sending gear manufacturers a message with your dollars, read carefully before you buy. If a product’s specs don’t indicate the gear is PFC-free, it likely contains some type of PFC. Also be leery of claims that a product doesn’t contain PFOAs or PFASs. That could mean some other type of PFC is still present.