‘America the Beautiful’ Plan Would Conserve 30 Percent of U.S. Land by 2030 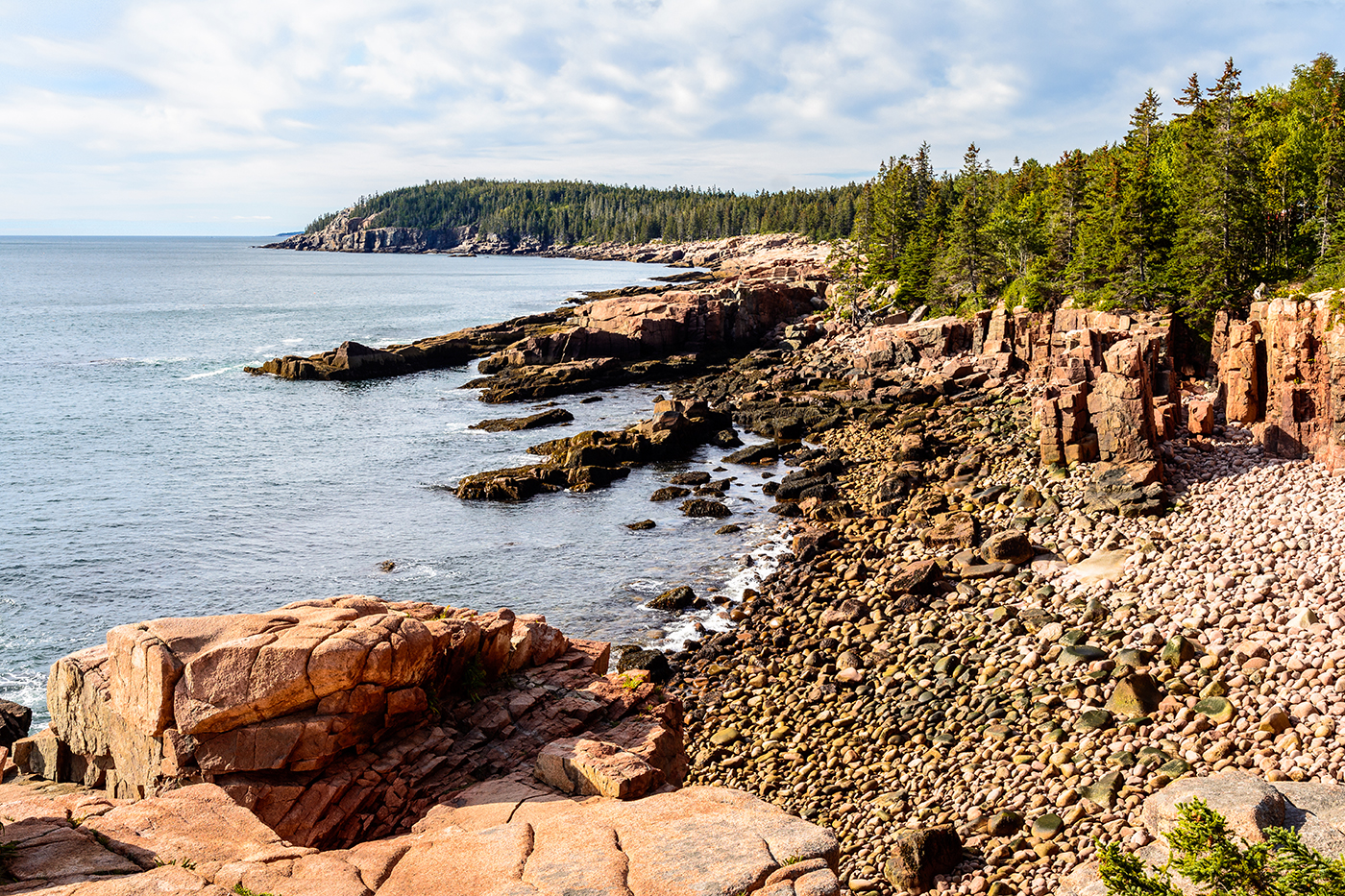 DCONVERTINI / CREATIVE COMMONS BY FLICKRAcadia National Park in Maine is one of America’s most beloved protected spaces. The America the Beautiful plan proposes protecting 30 percent of the nation’s lands and waters by 2030.

In June, the Biden Administration announced its plan to allocate $2.8 billion to conservation and recreation projects across the country. Those funds, set aside by the Great American Outdoors Act, would support overdue maintenance on federal lands and take significant steps toward achieving the administration’s conservation goals.

The Great American Outdoors Act (GAOA), passed in August 2020 with bipartisan support, dedicated $1.9 billion annually to address deferred maintenance across the National Park Service (NPS), the National Forest Service (NFS), and other public lands. The GAOA also provided $900 million in annual permanent funding for the Land and Water Conservation Fund (LWCF), to be invested in conservation and recreation on public and private lands. 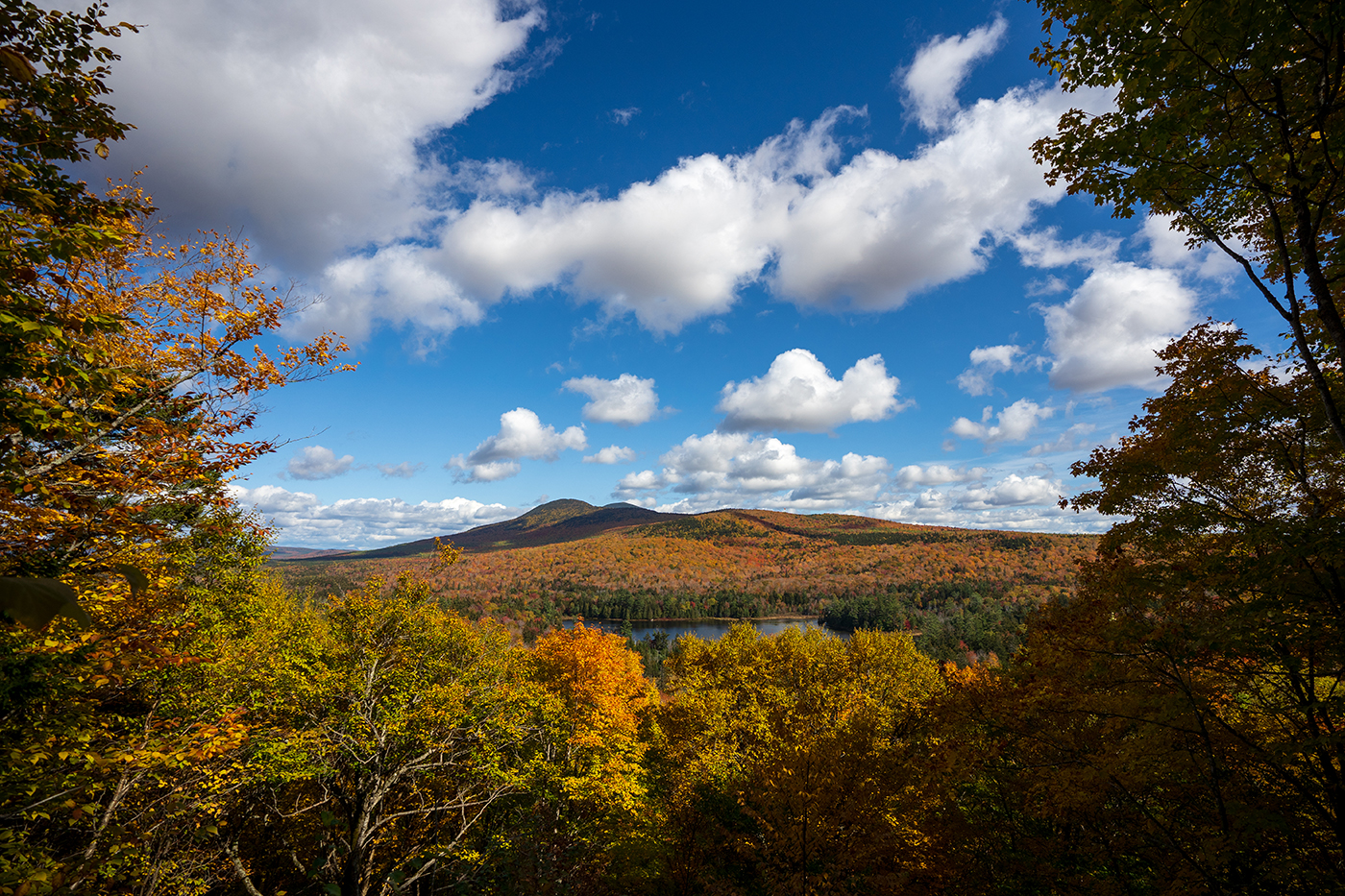 The LWCF—for which AMC has served as a leading national advocate—uses drilling royalties paid by oil and gas companies to fund programs that help conserve and maintain parks, wildlife refuges, forests, trails, and wildlife habitat. The LWCF is authorized to reach $900 million annually, but before the GAOA guaranteed full, permanent funding last year, congressional appropriations often fluctuated from year to year and did not reach the maximum amount.

Leveraging many LWCF-funded projects, the Biden Administration’s “America the Beautiful” initiative, launched this summer, is a decade-long program to conserve 30 percent of the nation’s land by 2030. Also known as “30 by 30,” the initiative is outlined in “Conserving and Restoring America the Beautiful,” a multi-agency report that emphasizes locally driven conservation and incorporates input from governors, mayors, conservation advocacy groups, hunting and fishing communities, private landowners, tribal nations, and other stakeholders.

“Every community in the United States has its own relationship with nearby lands and waters, and every community is working in some way to conserve the places that matter the most to it,” says Kate Kelly, Deputy Chief of Staff for Policy in the U.S. Department of the Interior. “The Biden-Harris administration is seeking to support local communities’ conservation priorities and vision. Locally and regionally designed approaches have led to some of the most durable and creative conservation measures that meet both the needs of local communities and the nation.”

Some studies suggest humans ultimately need to conserve half of the land and waters on the planet to support healthy biodiversity and prosperous life on Earth. Advocates say land conservation helps a community protect its water supply, provides habitat for local species, absorbs carbon from the atmosphere, slows the loss of natural land to development, and creates recreation and tourism opportunities in the area.

“30 by 30 is an ambitious goal on the road to that,” says Amy Lindholm, AMC Northeast Regional Coordinator and Coordinator of the LWCF Coalition. “It sounds daunting, but really it’s just about the same type of strategies that LWCF has empowered for the last half-century—locally driven conservation.”

As a leader in the LWCF Coalition, AMC has advocated for full funding of the LWCF for decades and recently joined the push for committing to the 30 by 30 goal. Working with the LWCF state coordinator in Massachusetts, AMC has helped conduct outreach and provide workshops for municipalities and nonprofit partners who want to learn about opportunities to access LWCF programs and funds.

“We help bring local perspectives to the conversation in Washington, D.C., and then bring resources from D.C. to these local communities,” Lindholm says. “So, AMC has this really great role as a bridge from the local level to the national conservation and recreation community.” 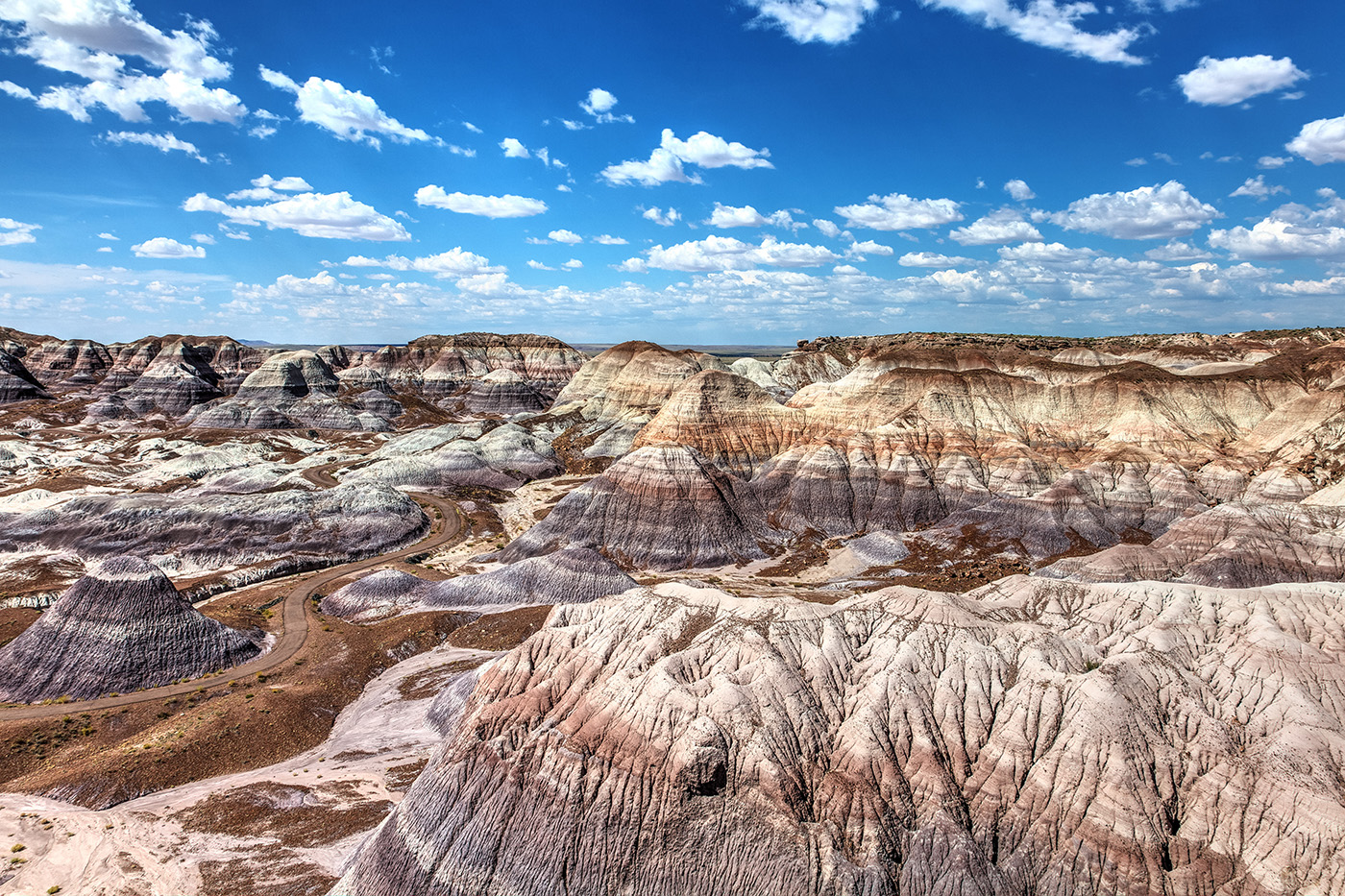 The Great American Outdoors Act also established the National Parks and Public Land Legacy Restoration Fund (LRF) and allocated $1.9 billion annually to fund it, allowing the NPS to address maintenance projects around the country. These include road, utility, and building repairs totaling $12 billion across the National Parks that have been postponed due to budget limitations.

During the COVID-19 pandemic, the National Parks supported more than 200,000 jobs in hospitality and recreation and provided respite to more than 200 million visitors in 2020, as people sought safer opportunities for outdoor recreation. The National Parks and other public lands have seen an uptick in visitation rates since the start of the pandemic, putting even greater pressure on outdated infrastructure. The Department of the Interior says that investments made through the GAOA will create thousands of jobs and improve recreation on public lands.

“[These investments] will not only bolster our nation’s resilience to extreme wildfires, sea level rise, droughts, storms, and other climate impacts, but they will also create a new pathway to good-paying union jobs and provide economic benefits to communities across the nation,” says Kelly of the Department of the Interior.

Beyond creating jobs and opportunities for recreation, the administration has highlighted conservation as an important component of fighting climate change. Intact forests and other —large areas of connected land and ecosystem types—provide diverse habitat that species can move between as climate conditions change, improve the local ecosystem’s climate resilience, and help capture carbon in the atmosphere, which is a key contributor to global warming.

The administration’s proposal includes $16 million for two working forests in Maine under the Forest Legacy Program, which helps incentivize and fund conservation in privately owned forests, which comprise 95 percent of the state’s wooded spaces. Maine’s forests include the most intact forest landscape in the eastern United States, globally significant bird areas, and working forests that provide vital jobs to the Maine economy.

“We’ve now reached kind of a critical moment where the pandemic has inspired many of us to get outside—perhaps for the first time,” says Eliza Townsend, AMC’s Maine Conservation Policy Director. “But it also is putting enormous development pressure on Maine’s North Woods, so we’re in a bit of a race to preserve the qualities of the North Woods that make it so valuable.”

“When you can use these innovative tools to work with landowners, it’s not about locking [land] away from people or even economic development,” Lindholm says. “It’s just about doing it in a sustainable way and keeping forests as forests, which is incredibly important because we’re losing forests at such a rapid rate.” 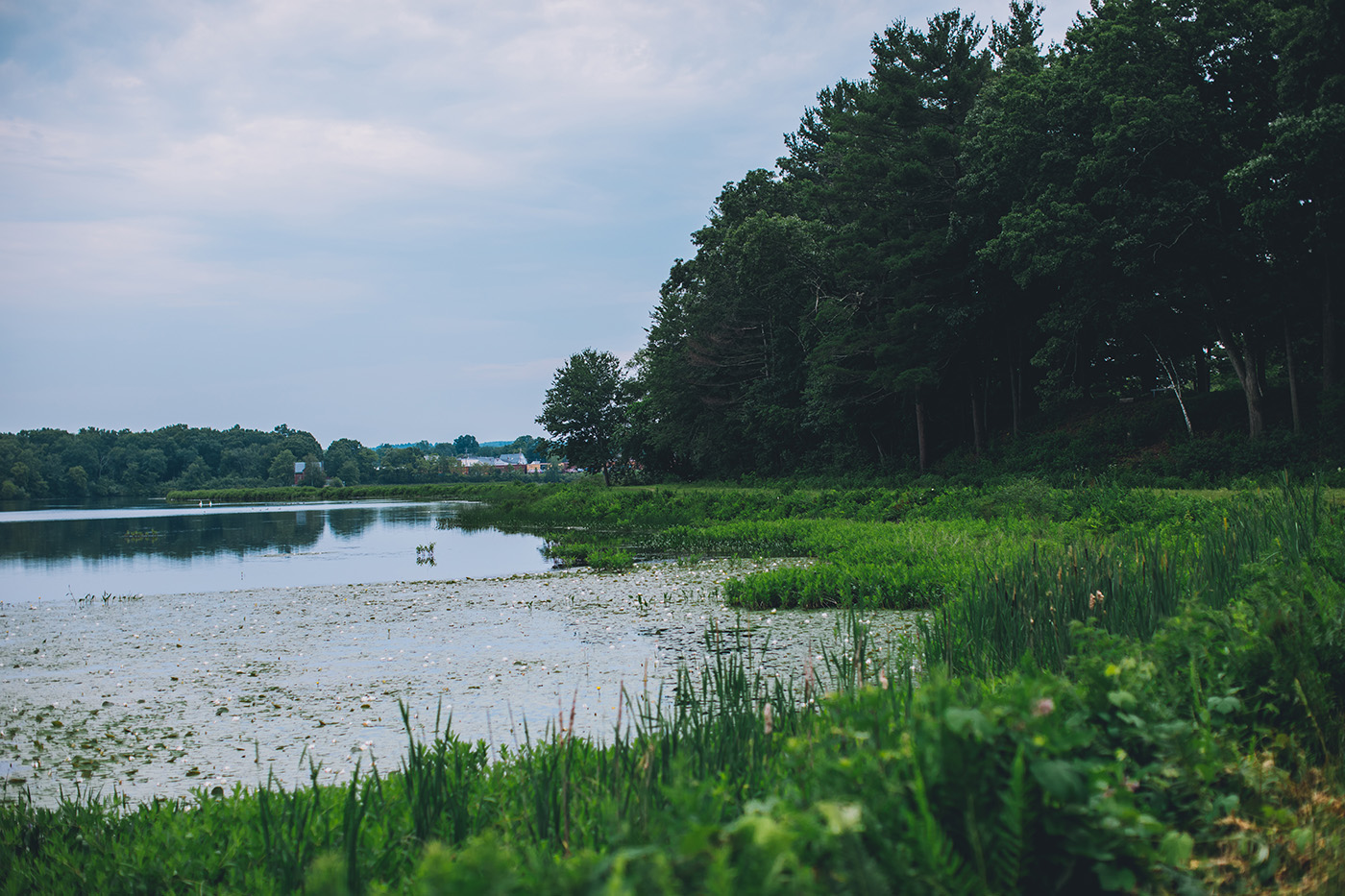 PAULA CHAMPAGNEBoth the Land and Water Conservation Fund and the America the Beautiful plan emphasize construction and improvement of open spaces near cities, such as this park and pond in Framingham, Mass.

The America the Beautiful Initiative also emphasizes creating and supporting outdoor spaces in underserved communities, especially in Black, Latinx, and Indigenous communities where parks and nature are often less accessible than in predominately white communities.

“Not everyone can get into their car and get up to the White Mountains or the Maine Woods, and everyone deserves access to a place to go that’s close to home,” Townsend says. “That’s why we’re so interested in seeing the full Land and Water Conservation Fund funded and implemented. Not only are these large forest projects important—they’re critically important—but there are many people who will never see them. And those people deserve a place to go that’s nearby.”

One positive example of this work in action, the LWCF-funded Outdoor Recreation Legacy Partnership (ORLP), helps economically underserved communities build outdoor recreation spaces and restore existing parks in their area. Since its establishment in 2014, ORLP grants have supported the development of Fort Dupont Park in Washington, D.C., Jesse Allen Park in Newark, N.J., the Woonasquatucket River   in Providence, R.I., and Colt Park in Hartford, Conn., among others.

In Massachusetts, AMC staff members have also been working to help map where environmental justice communities and LWCF projects already exist, to identify communities these programs have and have not reached.

Conserving 30 percent of the nation’s land by 2030 is an ambitious, long-term goal that the Administration says is grounded in science and the needs of local communities. As with many conservation programs, conflicting interests between stakeholders and their priorities makes the America the Beautiful Initiative a complicated project, but officials and advocates are hopeful.

AMC is working to build support in Congress for the 30 by 30 goal and to ensure that the final budget gets full funding of LWCF projects to the communities connected to those conservation efforts. You can reach out to your members of Congress and encourage them to support 30 by 30 here, or join AMC’s Conservation Action Network to hear about more opportunities to get involved.

Working with many stakeholders to reach an agreement takes time and will happen throughout the next decade, Lindholm says.

“The tension between advancing equity and making sure that everyone is included on the one hand and moving quickly to address a climate in crisis on the other hand is a huge challenge,” Lindholm says. “You can move really fast, but then your solutions are not going to be durable and that doesn’t get us where we need to be.”